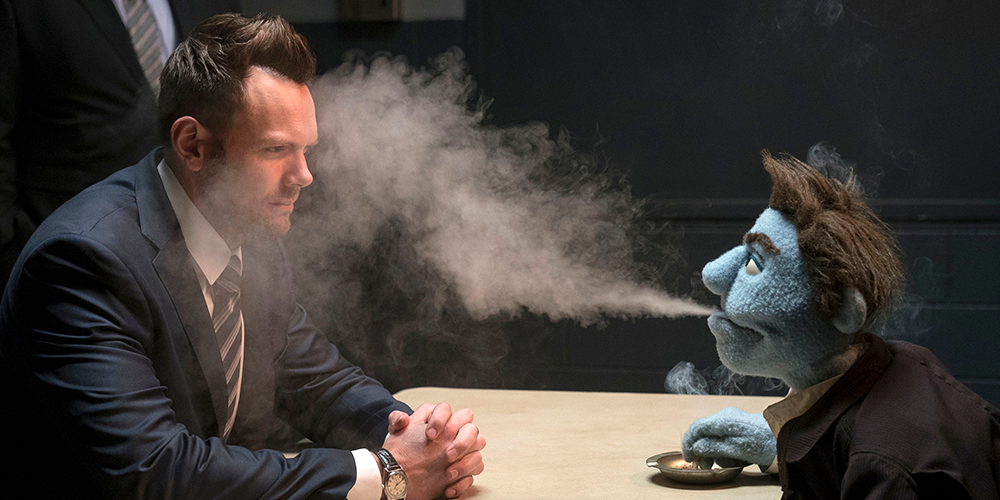 The first film released by “for adults” label Henson Alternative, there’s a noticeably dated feeling throughout The Happytime Murders you can’t shake until learning that the project was first announced more than a decade ago. It’s a wearisome reality that rears its head each and every time the Brian (son of Jim) Henson directed comedy brings its top-shelf comic cast to the fore, only to then saddle them with outdated material that simply doesn’t hold up a decade later, least of all when the ensuing decade brings up some concerning issues regarding its handling of racial tensions.

The Happytime Murders, you see, takes place in a world in which muppets (simply called puppets within the story itself) are a fact of reality. Such a fact of reality, as it happens, that the human race has seemingly unified in a conflict-free world under the umbrella of its collective hatred of puppets. It’s in this environment that disgraced puppet cop (now P.I.) Phil Phillips (only played by Earl Sinclair himself, Bill Barretta!) must team up with his human ex-partner Connie Edwards (Melissa McCarthy) to solve a series of murders involving puppet cast members of a soon-to-be-syndicated classic TV sitcom.

Straight off the bat, there’s an obvious issue there – chiefly in that the plot hinges upon a media mechanism of next to no consequence a decade after the film was greenlit. Remember when the Entourage movie came about after a half decade and failed to take any industry trends or advancements into account? It’s along those lines, but made funnier by the likelihood of you reading this from a Twitter timeline that also sports news of a retro TV show being revived by Netflix. You’d think then that the racial element of the film – which largely plays like a watered down version of what made Zootopia so smart – would pick up the slack, only for that element to go literally nowhere past The Happytime Murders’ opening monologue merely mentioning the fact. 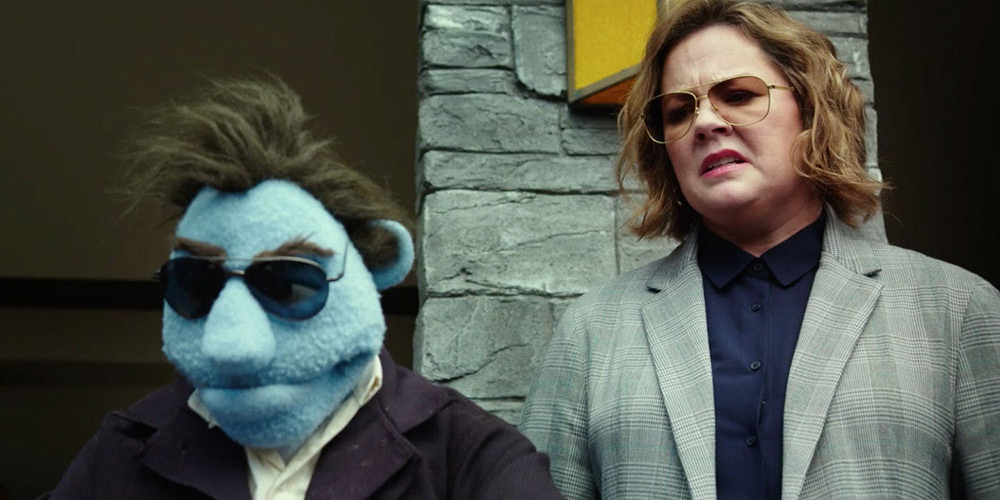 So what’s left? Well, there’s fun to be had in the profanity-laden acid-tongued interplay between McCarthy and Barretta, and a reunion between McCarthy and frequent collaborator Maya Rudolph is always welcome (it’s been… months), with an engaging roster of witty supporting players that include Joel McHale (presumably contractually obligated to appear in any movie of this sort now) and massively undervalued US Office-alum Leslie David Baker. The Kung Fu Panda series’ Todd Berger, meanwhile, keeps the laughs fast, furious and f-bomb laden, and the results work well enough that anybody with even a faint appreciation of the inherent comedy of puppets cursing, boning, and killing will be in for a treat.

As for the puppets themselves, they’re a walking talking reminder throughout The Happytime Murders that literally nobody does it quite like the Hensons, their work practically an American institution at this point, and as effortlessly endearing to behold as they have always been. The novelty of a noir detective comedy sporting people interrogating puppets is an unquestionably funny one, admittedly, but the zeal with which The Happytime Murders throws itself into what’s arguably a remake of Theodore Rex (with debts owed to Meet the Feebles and Team America, natch) is fun on an almost universally basic level.

It’s not a laugh-a-minute affair as you’d hope – or, indeed, as it rightly should be – but The Happytime Murders gets far more right than wrong, landing closer to laugh-every-third-minute terrain. Its script could do with being a decade more up to date, and it squanders a good chunk of its own depth in literally its first minute, but it does at least send you home with a smile, even if its a smaller one than it could have.