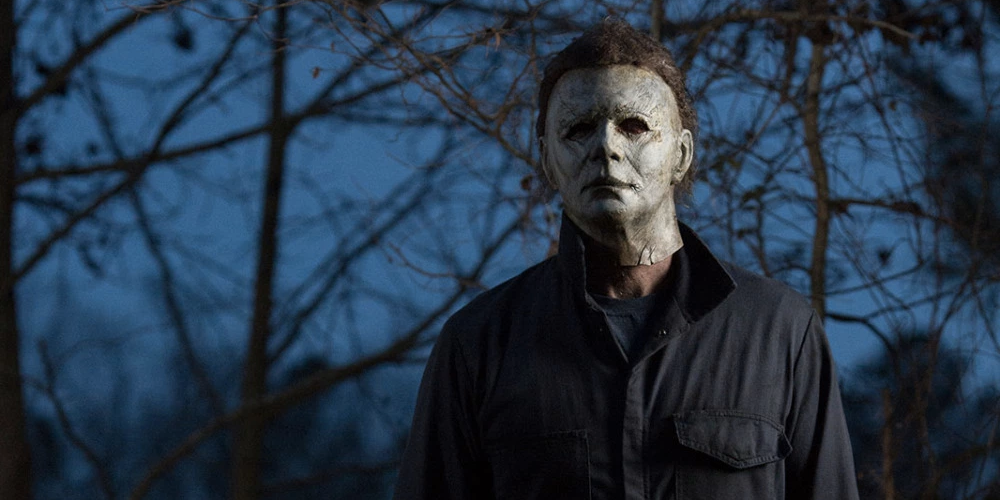 Forget Amityville. The Haddonfield horrors of forty years ago, orchestrated by a rather talented Carpenter named John, have continued to reverberate throughout its well-worn genre. A searing screen queen. The terrified teenage target of a superior slasher. We’ve bared witness to much regurgitation and peculiar inclusions (Busta Rhymes and Rob Zombie anyone?) since then, diminishing the potency of the enduring series.

Recruiting Danny McBride into this particular house of horror, it’s now the turn of David Gordon Green to stamp his authority, emphatically rendering all outings since 1978 redundant. Rather like Jake Gyllenhaal’s protagonist in his last effort, can the director make ‘Halloween’ strong again and get it back on its feet?

Favouring powerhouse psychology over middling mythology, Green looks to delve deep into the mental ramifications for its victim and attacker. On-screen emphasised by the film’s inquisitive pairing of Aaron Korey (Jefferson Hall) and Dara Haines (Rhian Hees), the British true-crime podcasters attempting to instill reasoning into an event that was downright terrifying in its spontaneity. Sadly for them, Michael Myers’ ‘feelings’ are as confined as his sanitarium surroundings, remaining silent in their company with preparations continuing for his transfer to a maximum security prison.

Speaking of maximum security. Jamie Lee Curtis’ Laurie Strode now cuts an isolated and cynical gun-wielding figure, a PTSD and agoraphobia sufferer whose unhealthy fixation on Myers drives a wedge between herself and content daughter Karen (Judy Greer), who perhaps naively has a continuously sunny outlook on life. Almost relishing the scenario of confronting her tormentor once more. Little does Laurie know, that she’s set for another dramatic showdown with Myers, threatening to bring closure on her lifelong struggle. Cue the instantly recognisable theme… 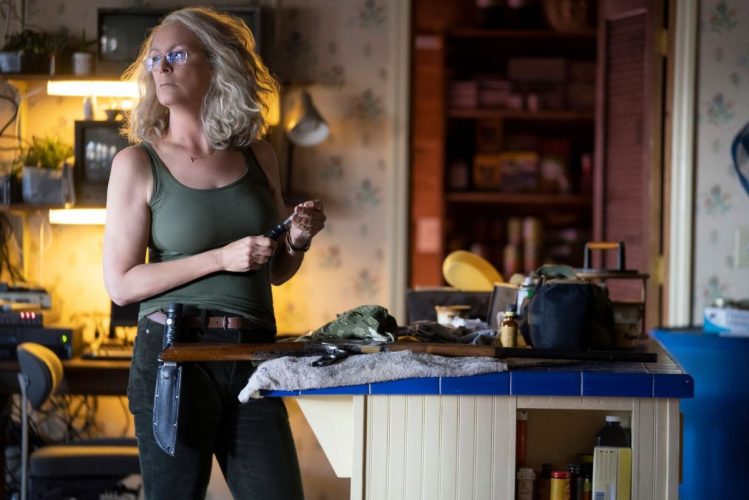 Crucially Gordon Green has tactfully brought the power back to an iconic threat who has so often found himself in nonsensical territory, aesthetically tipping his hat to the original with lingering long takes over the shoulder of an imposing Myers, with the sensational score by John and Cody Carpenter along with Daniel A. Davies only enhancing the desired effect.

Not to imply the director doesn’t bring plenty of his own visual tricks to this cinematic treat, with its intended scares and killing spree executed in crowd-pleasing albeit chilling fashion, as it builds towards a thrillingly sustained final act. Most impressive is the impeccable balance struck by Gordon Green in honouring these beloved characters through the retained intensity of such dynamics, whilst instilling the tongue-in-cheek frat-pack sensibilities of co-writer McBride, drawing hearty laughs in the process.

So many thankless roles throughout her career, it’s terrific to see Judy Greer given a chance to be a vital figure here as Karen. Lamenting her mother’s methods and bearing the scars of her own childhood, she becomes increasingly weary of making the same mistakes with her young daughter Allyson, with Andi Matichak more than holding her own. Undoubtedly, it’s the assured return of Laurie Strode that truly drives this sequel. The fragility that has seeped into her soul from years of torment, only to slowly turn into fierce determination when Myers looks to destroy her life once more. It’s a fantastic, multi-layered performance from Jamie Lee Curtis that will delight fans in its depth and bad-ass nature.

He’s waited for Laurie. She’s waited for Michael. For everyone else. ‘Halloween’ is indeed worth the wait. Keeping it narratively lean to keep us keen, it’s a gloriously grisly return.