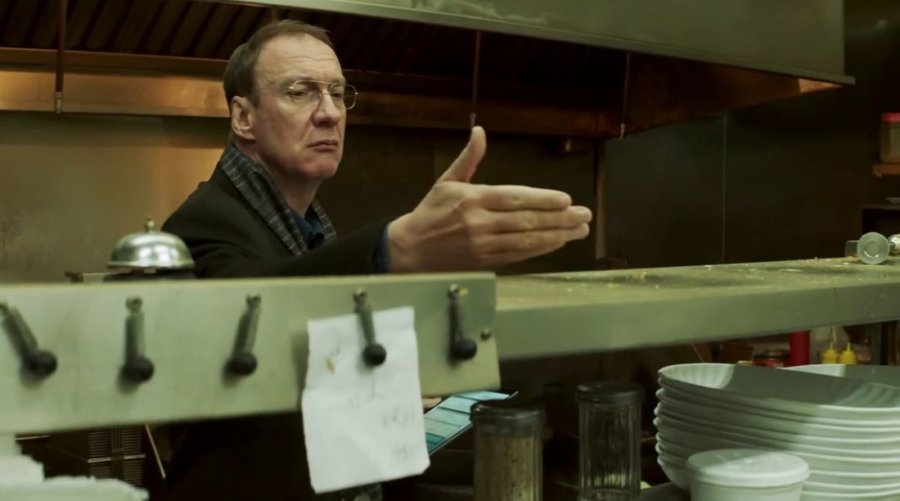 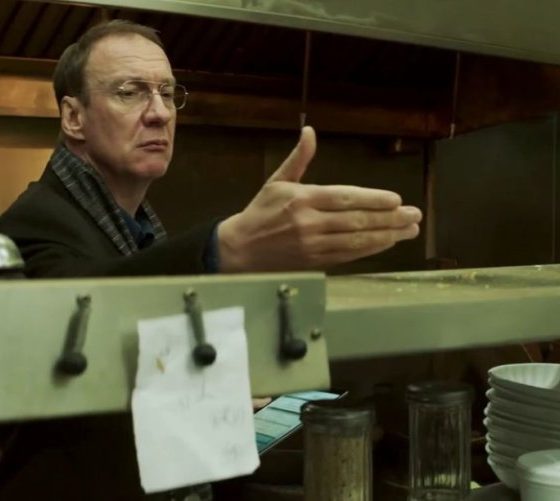 Canada has been a massive part of Atom Egoyan’s film-making career for over 30 years. From Next of Kin, Exotica to Chloe he loves showing people that we may not always see in cinema. His latest film Guest of Honour which debuted at the Venice Film Festival 2019 takes us to Hamilton, Ontario and we follow Jim (David Thewlis) and his daughter Veronica (Laysla De Oliviera). They are attempting to unravel their complicated histories and intertwined secrets. After a hoax goes very wrong, Jim’s daughter is falsely convicted but Veronica is nevertheless convinced she deserves to be punished. Confused and frustrated by Veronica’s intransigence, Jim’s anguish begins to impinge on his job as a food inspector. He wields great power over small family-owned restaurants; a power he doesn’t hesitate to use.

Guest of Honour is darkly comedic and twistedly interesting. Considering our protagonist is a food inspector you wouldn’t exactly consider this to be a must-watch but it really is. Jim is a straightforward man he has lived by the rules but isn’t living the life he wanted to lead. The trials and tribulations of life have shaped Jim and his coping mechanism is his treatment of restaurateurs. This is where he is in control and the king of his own domain. The outside world has no true control within these eateries and Jim takes no prisoners. Atom Egoyan layers Guest of Honour nicely and feeds us information when he sees fit. The way he blends the past and the present into the mystery of Jim and Veronica’s relationship is tantalising and intriguing.

Veronica’s debacle is the cherry on top in Guest of Honour. She is fighting her own demons and truly feels lost. While you’d think the culmination of the film would be forgiveness to each other but it’s more about forgiving themselves. Their relationship has drastically changed over the years and they are shells of their former selves. Egoyan uses rabbits as an olive branch throughout the film and it becomes a symbol of happier times. While you may think this is canvased in pure drama Guest of Honour has a very exceptional take on dark humour. There are moments where you’d think it’s not appropriate to laugh but it becomes quite natural within Egoyan’s work. We find humour even in the most difficult of times and Egoyan perfectly encapsulates this.

The narrative does suffer some lagging during the mid-section. Egoyan doesn’t seem to know when to cut dead weight within his film. It starts to become rather monotonous and disinteresting but once we leave this, we eventually get a rather satisfyingly bleak ending. David Thewlis is not shy to work with great indie directors and his role as Jim for Egoyan is a perfect fit. He has such sombreness within his aura, and you don’t see Thewlis at all. He becomes this grounded man that has emotional trauma and it culminates in a dinner scene. This scene opens the floodgates for Jim and Thewlis channels this pain and anguish masterfully. His on-screen chemistry with co-star Laysla De Oliviera blends the two characters in such an endearing way.

Guest of Honour is a film that deserves attention right now. We can all see ourselves within these characters. Repressed feelings and memories within our friend and family circles aren’t healthy and Egoyan depicts it in his unique style.