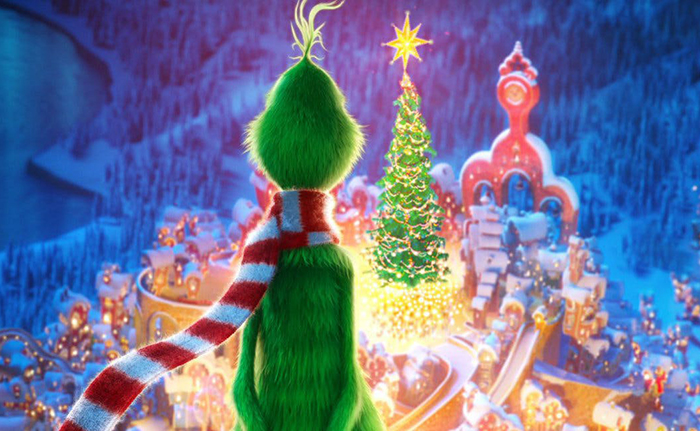 Evidently, early November isn’t too soon to start celebrating Christmas, as The Grinch opened to a domestic cume of $66 million.

Internationally, the animated family comedy pulled in a further $12.7 million, for a global start of $78.7 million. Those numbers may not seem over the top, but they do mark the highest opening for a Christmas film of all time, and given the traditionally long theatrical runs of yuletide flicks, Illumination could be looking at a serious moneymaker in the coming weeks.

Elsewhere, Venom opened incredibly strong in the middle kingdom this weekend, with a frankly ridiculous $111 million debut in China.

Not only is that an absolutely ludicrous figure (more than enough to keep The Grinch off the worldwide top spot), and over the $100 million price tag that the flick cost to make, but it also makes it the second-highest opening for a superhero movie ever in the country – behind only Avengers: Infinity War. The film’s wild over-performance means that Venom has now passed $673.5 million worldwide, and looks set to comfortably eke past the $700 million mark.

Still holding on elsewhere, Freddie Mercury biopic Bohemian Rhapsody drew in a further $63.1 million, taking its international score up to a cool $285 million. Also carrying over from last week, Disney’s The Nutcracker and the Four Realms managed to rustle together another $13.5 million internationally. The holiday feature was dead on arrival in the US, where it’s scarcely managed to pass $35 million. The costly fantasy adventure carries a $125 million price tag, and has scored just $96.7 million globally.

Next week will see the release of Harry Potter prequel Fantastic Beasts: The Crimes of Grindelwald, due out on the 16th of November.

Japanese Actor Shun Oguri To Make His Western Debut With Godzilla Vs. Kong

Terry Gilliam Talks Quixote Critics: “I know that my films work better for some”