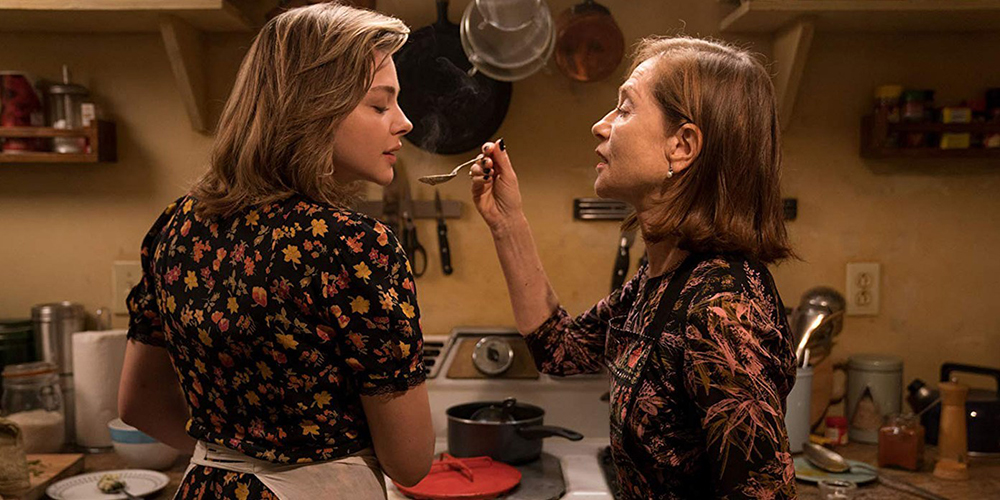 And now for a movie that’ll divide audience enjoyment entirely within the camps of “Isabelle Huppert is a French actress” and “Isabelle Huppert is the French Meryl”. Greta’s a fun schlocky thriller, something like Single White Female or Fatal Attraction, and it’s rather splendidly put together by Neil Jordan too. Its real fun, though, comes from Isabelle Huppert – who’s funny-creepy if you’re not a fan, hysterically terrifying if you are.

A pothole-ridden bumphfest that at one point literally requires characters to have phone signals in subway tunnels, Greta’s goofy, glossy, and gurning. But it’s at least fun about it. The plot – essentially a simple riff on Single White Female – sees Chloe Moretz’s Frances find an abandoned purse on her commute and return it to its owner. Said owner is of course Huppert’s lonely French widow Greta, who’s quickly revealed to be very much the clingy type. 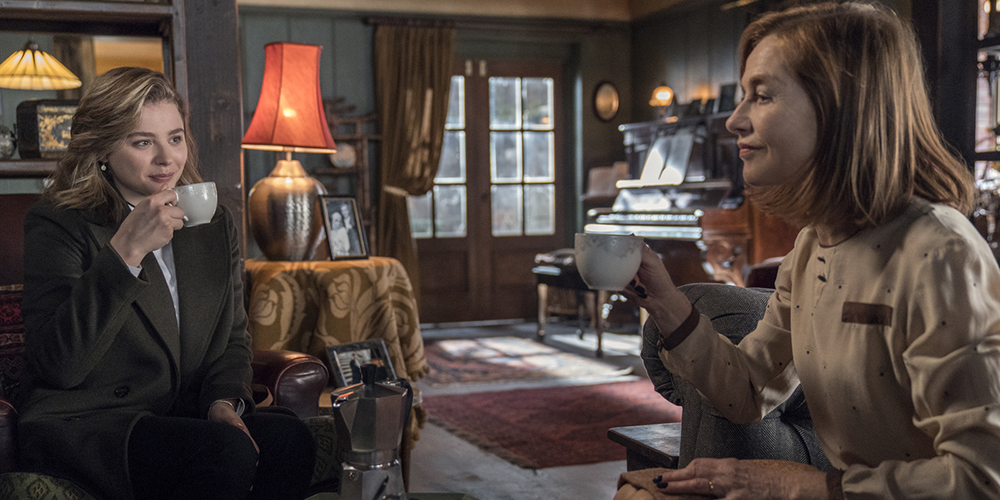 Jordan unleashes a level of mischief behind the line that we were somehow denied in 2013’s underrated Byzantium, and the sensibilities he brings to the feel of this – largely by crafting every scene on the tantalised culmination of coitus or death – proves a heap of fun more than able to keep you rolling around to the end. Moretz is fine, she’s unlikely to land a Villeneuve movie out of this rather stock slasher heroine or anything, but Huppert wins this out instantly through the unmitigated enjoyment of simply getting to play with the concept “what if Psycho Isabelle Huppert?” People have had fun playing nutters in movies since time and memorable, Isabelle Huppert turns her fun into a small dinner party to which the audience are guests.

Never reinventing the wheel so much as simply delivering a good-looking one that runs really well, Greta’s a movie that subverts expectation by indulgence, rolling into cliches and obligatory plot beats by virtue of the dead-eyed creepy-ass smile that periodically wears Huppert. The fun’s in the execution – we know Greta’s nuts, the characters know Greta’s nuts surprisingly early on, so the enjoyment to be had’s in just how nuts Greta is. We know she could do any number of items from the psycho thriller checklist, just which one’s it gonna be next?

That’s your fun. And that’s our latest exercise in successfully Final Destinationing a formula. And it’s a damn good time. But nobody’s having a better time than Huppert.