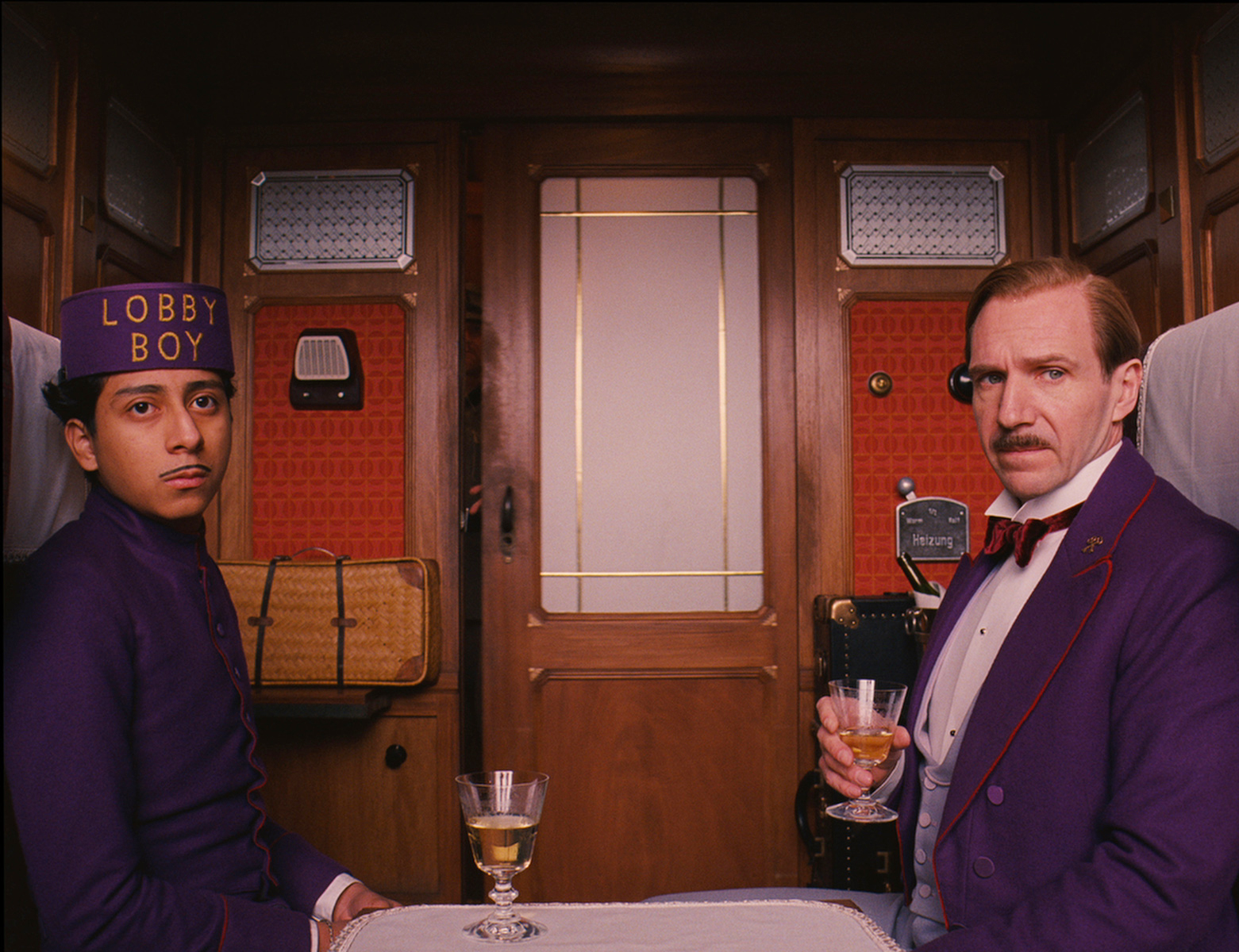 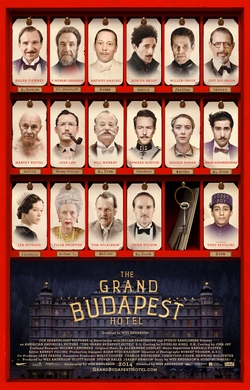 From accentuated forms of familial dysfunction in ‘The Royal Tenenbaums’ and ‘The Darjeeling Limited’ to the care-free adolescence and adventure in ‘Moonrise Kingdom’, you sense from the outset ‘The Grand Budapest Hotel’ is the project auteur/director Wes Anderson has been laying the foundations for. The vivid storybook-esque visual palette being the obligatory ‘booking’, Anderson’s handling of everyday issues spiked with a dash of literal inspiration, has been the key to we the audience ‘checking in’ to striking worlds that come with a complimentary helping of refreshing reality.

Befitting of the grand and classical beauty of its key establishment, ‘The Grand Budapest Hotel’s structure sees Anderson take a ride in the narrative ‘elevator’. The multi layered plot heartily narrated by a generously aged author (Tom Wilkinson) and his younger self played by Jude Law, sees the latter pulling up a seat for a sophisticated nostalgia trip with the hotel’s esteemed owner Zero (F.Murray Abraham) irresistible. Rewinding from the year 1968 to 1932, Zero chronicles his rise to ‘ownership’ as he reminisces over a beloved friendship and loving relationship.

Based in the fictional land of Zubrowska, youthful ‘scarred by war’ lobby boy Zero (Tony Revelori) attempts to perfect his skills under the watchful eye of darling Concierge Monsieur Gustave H. (Ralph Fiennes). Meticulous in his attention to detail and unorthodox in his womanising ways, his unlikely preference to be involved with the wealthily aged (enter Tilda Swinton’s Madame D. complete with less than flattering nail varnish), leaves him engulfed in a most bizarre wrangling over inheritance and a priceless painting.

As delightfully satisfying and wrapped as the ‘Mendl’ confectionery consumed throughout, Anderson caters for various sub-genres whilst channelling an eclectic range of influences in the process. The speedy figure movements and visual spot-lighting set against the backdrop of the director’s trademark colourful vision along with the zany nature of its protagonists, enabling scenes to play out like a Looney Tunes cartoon. Breathless and for its director, uncharacteristic chase sequences peppered with zinging humour that perfectly encapsulate its ‘adventure’ and ‘heist movie’ tendencies along with a possible homage to the ‘Ealing Comedies’ of yesteryear.

Yet for all its alluring aesthetic, a deceptive air of melancholia engulfs the film. The likelihood of war lingering ominously in the background as we become engaged with Gustave and Zero’s outlandish adventures,  gradually creeping to the forefront as Zero ‘opens his heart’ about previous pratfalls along with Gustave lamenting the new generation’s collective moral compass, thus justifying the company he prefers. The key protagonists encapsulate the film’s message of feverishly clinging onto a sense of the past, whether it’s through a visual motif or a ‘beloved’ that has enriched one’s live, as the uncertainty and the unfortunate make their demoralising mark.

For all its fleeting star-studded cameos that include the usual suspects (Bill Murray and Jason Schwartzman to name two), it’s the latest additions that impress. Indulging on Shakespeare in recent times, Ralph Fiennes’ deliciously debonair and comically precise performance as Gustave H. is timely proof of his chameleonic cinematic persona, as his sudden foul-mouthed tirades are a side-splitting counterpoint to his hidden emotional depths. Fittingly a newcomer with his ‘lobby boy’ character trajectory, Tony Revelori’s Zero more than holds his own alongside Fiennes, as a potentially outlandish double act is beautifully reined in.

A fantastical tour-de-farce at first glance, it’s only fitting that behind the doors of ‘The Grand Budapest Hotel’ lies surprising substance. In turn delightful and downbeat, this is Anderson’s most affecting work to date. Exquisite.