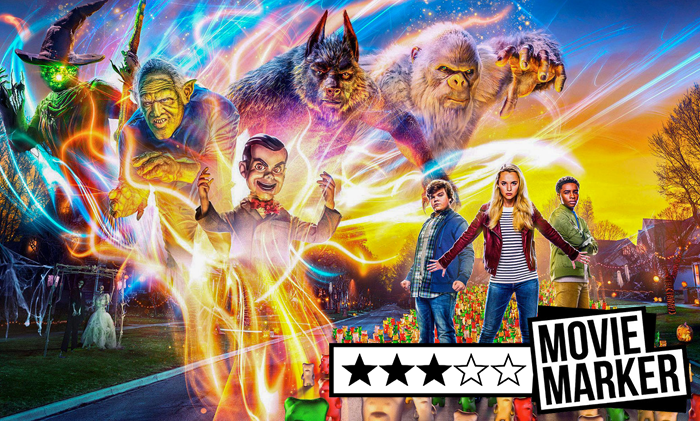 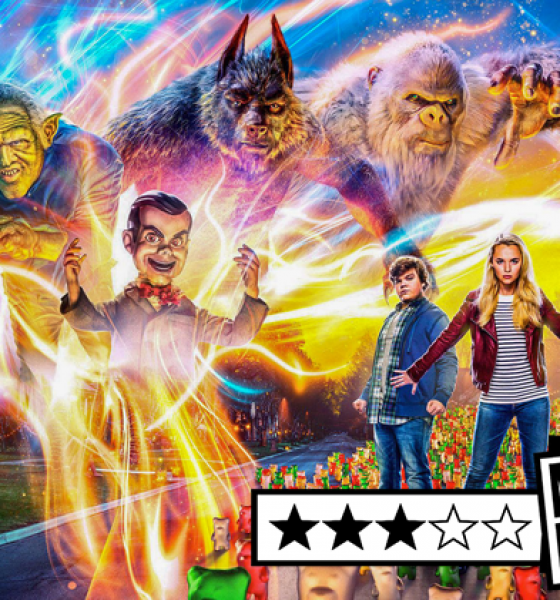 Considering how brilliantly 2016’s Goosebumps positioned itself as Jumanji for a new generation, you have to admire the hilarity that it’d then take less than a year for the same studio to revive the latter brand actually utilising the name star of Goosebumps. With that in mind, then, continuing the Goosebumps brand with a second instalment featuring not only its shared Jumanji alum but also adding a second one seems an extremely knowing wink to their shared audience, a wink that sets the tone nicely for the fun to come in this riotous Halloween family adventure.

Skewing marginally younger in demographic than its predecessor, Haunted Halloween sees tweens Sonny and Sam attempting to set up a junk removal business in their small town, a business that takes them to the abandoned childhood home of one Mr. R.L. Stine (Jack Black). Discovering a previous forgotten Goosebumps manuscript hidden in the fireplace, the pair accidentally unleash the villainous dummy Slappy back into the world – but Slappy’s agenda has changed. This time Slappy wants nothing more than to be embraced as part of his saviours’ family, and it’s a desire he’ll wreak all sorts of havoc to indulge. 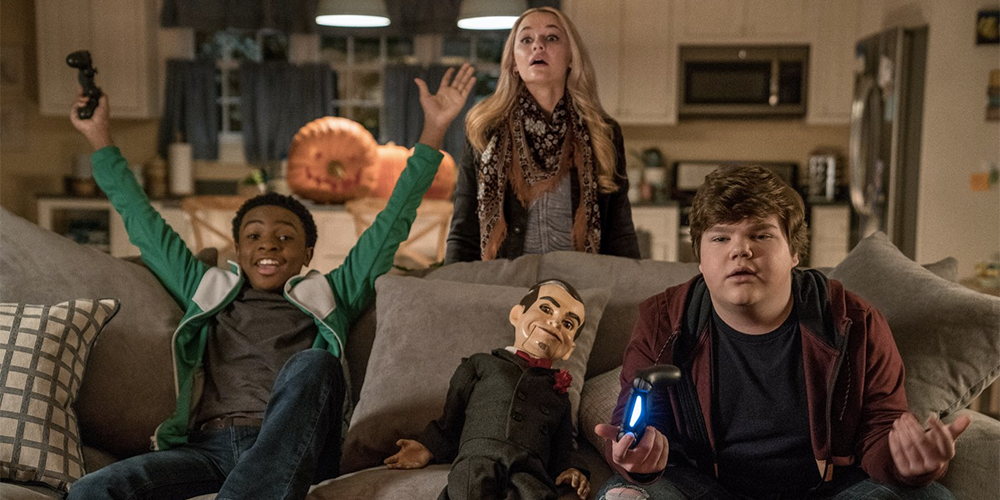 IT alum Jeremy Ray Taylor and Castle Rock’s Caleel Harris – intriguingly, both Stephen King vets – make for a fine pair of Stranger Thingsish leads; but, of course, none of the usually horror-tinged adventure could be complete without the presence of a requisite adult stand-in, here provided by Jumanji: Welcome to the Jungle’s Madison Iseman (consider who she played and wait for the ensuing chuckle) in a role that arguably works better than that of previous figurehead Dylan Minette purely by virtue of being introduced a more rounded character. On the adult side, meanwhile, there’s a bevvy of comedic worth to be found – Ken Joeng, Chris Parnell, and Wendi McLendon-Covey all make it look effortless – and incoming DUFF director Ari Sandel knows how to capture the comedy with just as much investible zaniness as he does the Scooby Doo-esque antics taking place around them.

Not quite as refreshing a prospect as the first movie was in 2016 (an unavoidable drawback of time, admittedly), Haunted Halloween serves delightfully as its own standalone tale, yet does surprisingly serve as a pretty great sequel in much the same way as… well, guess what in 2017? Chock full of side-splitting gags, an enduringly fun villain in Slappy, and even a sequel gag to what was already the first movie’s best gut-buster, Goosebumps returns with nary a step skipped – even going so far as to show itself off as what could so easily become the more family-friendly answer to the Conjuring cinematic universe. It’s the ultimate All Hallow’s treat – a wacky wild romp through the delightful scares of youthful trick ‘r treat mayhem that takes its family-targeted hijinks seriously enough to make for a gleeful ride for all. Roll on Goosebumps 3!