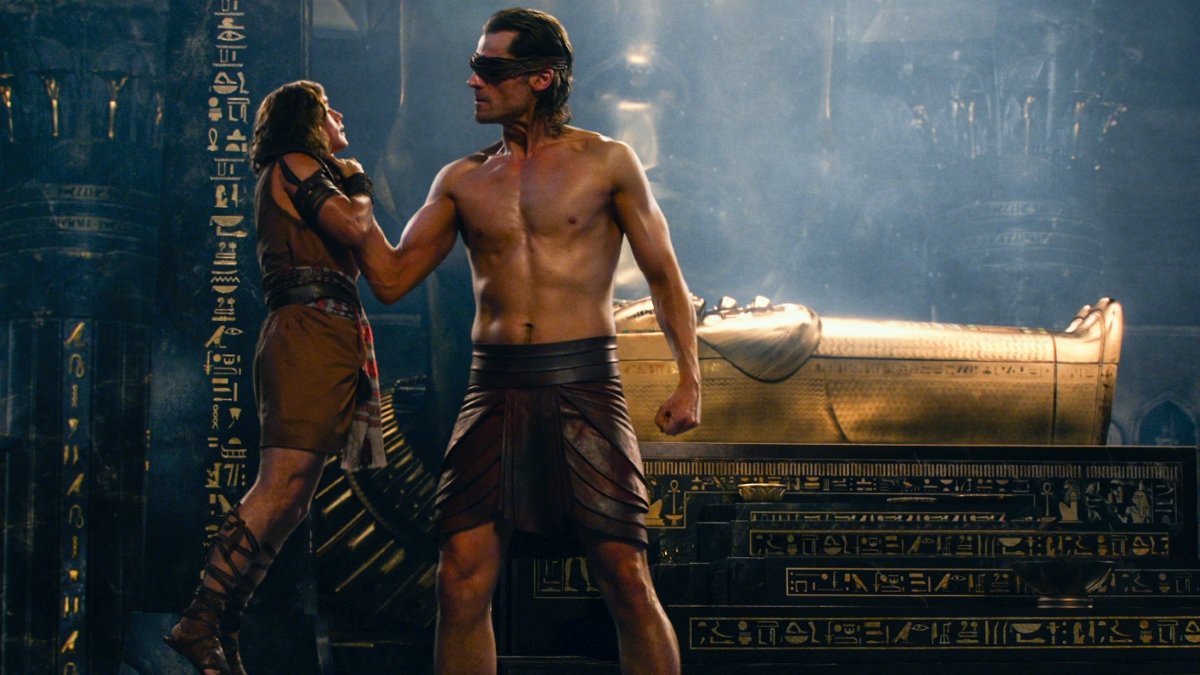 Chances are Gods of Egypt will end up on many “Top 10 Worst Movies of 2016” lists. It currently has a 13% score on Rotten Tomatoes. It is a terrible film, no doubt, you’ll get no argument from me saying otherwise.

You see, bad films can still be enjoyable and oddly compelling. Gods of Egypt even has a saving grace and I’ll get to that later. This is a sprawling epic, swords and sandals, magic and gods, which cost $140 million. That’s a hefty budget for a film that will likely end up with just over $160 million when all is said and done. It’s a flop, critically and commercially, in every sense of the word.

But here’s the thing.

I didn’t hate it. There’s a lot wrong with Gods of Egypt, from Gerard Butler phoning it in by shouting angrily in every scene to just how far director Alex Proyas, who made cult hits such as The Crow and Dark City, has fallen. There’s none of his directorial talent on show here, the action set pieces are ludicrous, over the top CGI messes where you can barely tell what is going on, a total lack of suspense and a love story so shoehorned in it hurts.

I could recap the story. That’s not generally how I do reviews. But in this case I would have serious trouble recounting the plot in Gods of Egypt. There’s betrayal, revenge, more betrayal, family squabbles between the actual gods, some fighting and a lot of really weird scenes. For a start, the gods are several feet taller than normal humans, which looks strange in every scene featuring a god and a human interacting, it doesn’t look natural in the same as Lord of The Rings did its clever false perspective.

That’s only the beginning of the weird stuff. When we meet Ra, the sun god played by Geoffrey Rush, who for some reason is in space on a big golden spaceship holding back a space slug cloud thing. You might have heard about this scene already, it’s even more bizarre than you’ve will be expecting. At least much of the film is an original take on the millennia old notions of Egyptian gods but that touch of creativity doesn’t last long as the film itself just looks horrible.

It might sound like there is nothing good about this film, and you’re almost right, but I did say earlier that there is a redeeming feature. While Butler gets top billing, he’s not the star, or the hero this time around, he’s Set, the villain of the piece, the lead here in Nikolaj Coster-Waldau and he almost makes the film worth watching. He’s a great actor, anyone who has seen him as Jamie Lannister in Game of Thrones, and it’s a real shame this film won’t help his movie career. He needs better scripts, nay, deserves better scripts.

Chadwick Boseman gives a bizarre performance as Thoth, the god of knowledge, that would have made me worried for his Black Panther if Civil War hadn’t been released first. The flat love story isn’t helped by the unengaging screen coupling of Brendon Thwaites and Courtney Eaton.

Nikolaj Coster-Waldau can’t save this film. Nor can the few flashes of inspiration and weirdness. I can’t recommend Gods of Egypt, it is a curiosity that might be worth a watch when it is on late night TV in a year or two, just the decent lead performance of an actor who should be in a better film.

The Secret Life Of Pets