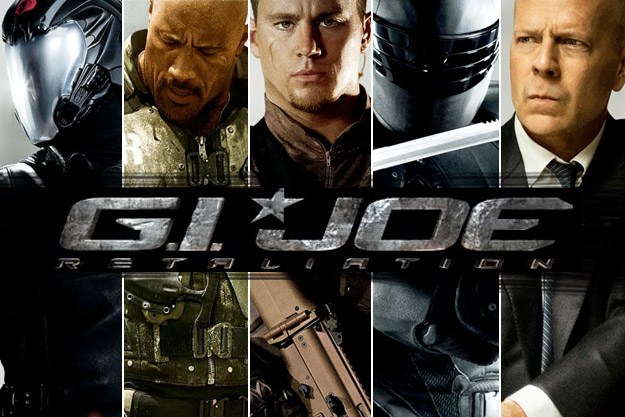 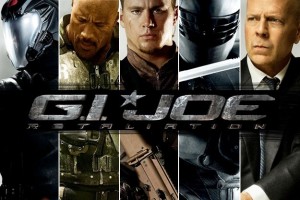 Can you smell what The Rock is cooking? Whatever it is, I think the recipe needs a serious rethink. Following on from 2009’s ‘GI Joe: The Rise of the Cobra’, Channing Tatum’s Duke makes way for Dwayne Johnson’s Roadblock as the new leader of the GI Joes. When nanotechnology is used to disguise villainous Zartan as the President of the United States, Cobra Commander and Storm Shadow are released from their high security chambers and nuclear weapon Zeus is built. It is left to the Joes to put a stop to their destructive plans, calling in the original GI Joe, smugly portrayed by Bruce Willis to help save the day, and the world.

In a plot full of stereotypes and a script full of very little, you’d think it’d be difficult to find something positive to mention, but here it is easy as the visual ambition pays off big time, producing scenes that are great to watch, providing comforting escapism, allowing the viewer to soak up explosions and action sequences without having to think too much. In particular, the ninja mountain fight scene is prominent, along with some impressive CGI city crumbling. For fans of the franchise, I can imagine it would be satisfying with a massive host of characters and nods to the series but as an action sci-fi flick it is nothing out of the ordinary.

Losing Joseph Gordon-Levitt and Christopher Ecclestone from the original, the Hollywood sequel draft-ins include Dwayne Johnson and Bruce Willis. Johnson’s comic patter is a perfect match for co-star Tatum, their cringe worthy dialogue like verbal ping pong, but where neither player quite manages to get the ball over the net. Bruce Willis struts into the story halfway through, excellently playing Bruce Willis playing General Joseph Colton, with trademark cocky glances and awful one-liners, looking as though he feels he is doing the picture a favour in gracing it with his presence.

If you ignore the patchy narrative, the latest instalment in the ‘GI Joe’ franchise provides an enjoyable enough 90 minutes, boasting nicely choreographed fights and striking cinematography. Achieving box office success, it has its draws and to the cult following it will stand as a worthy addition to a series which looks likely to continue, but to the average moviegoer it serves as nothing more than a bit of mindless fun.