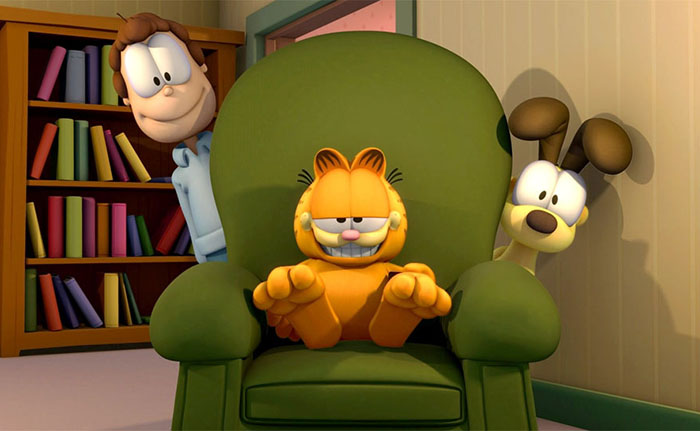 A brand new animated Garfield movie, based on the original comic strips, is currently in the works – with Mark Dindal on board to direct.

Dindal, who also helmed The Emperor’s New Groove and Chicken Little for Disney, will adapt from a screenplay by newcomers Paul Kaplan and Mark Torgove.

Creator of Garfield, Jim Davis, has announced that he will be an executive producer on the project. Davis has been open in the past about how the inception of Garfield was always a cynical, calculated move to create an inoffensive, mass-marketable brand of light humour that could be merchandised and franchised in perpetuity. Davis’ ploy was a success, and at the height of his popularity the orange feline appeared in an estimated 2,580 newspapers and journals, with a reported audience of 260 million individual readers.

20th Century Fox, who will not be financing or distributing this new interpretation of the character, previously unleashed Garfield: The Movie on the world in 2004 – a CG/live-action hybrid family ‘comedy’ directed by Peter Hewitt, with Bill Murray as the voice of the titular cat (Murray famously saw that the film had been written by ‘Joel Cohen’ and signed on without having read the script – only to later discover that the feature was not, in fact, penned by one of the famous Coen brothers). Garfield: The Movie was mauled by critics, but grossed $200 million internationally and spawned a sequel in 2006’s Garfield: A Tail of Two Kitties.

No release date for the new, wholly-CG animated version, has been announced.

Pedro Pascal Confirmed To Be Under The Helmet Of The Mandalorian