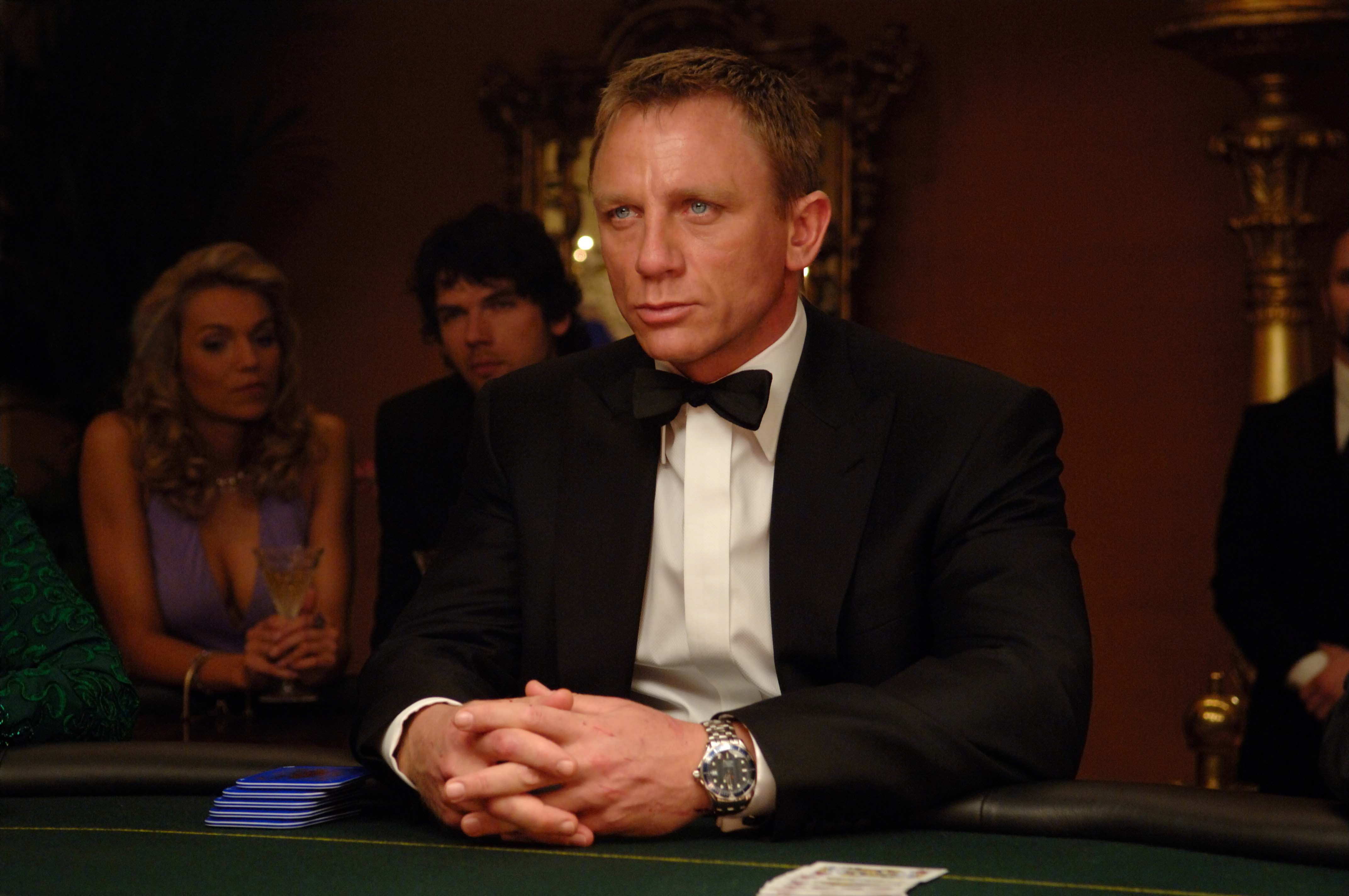 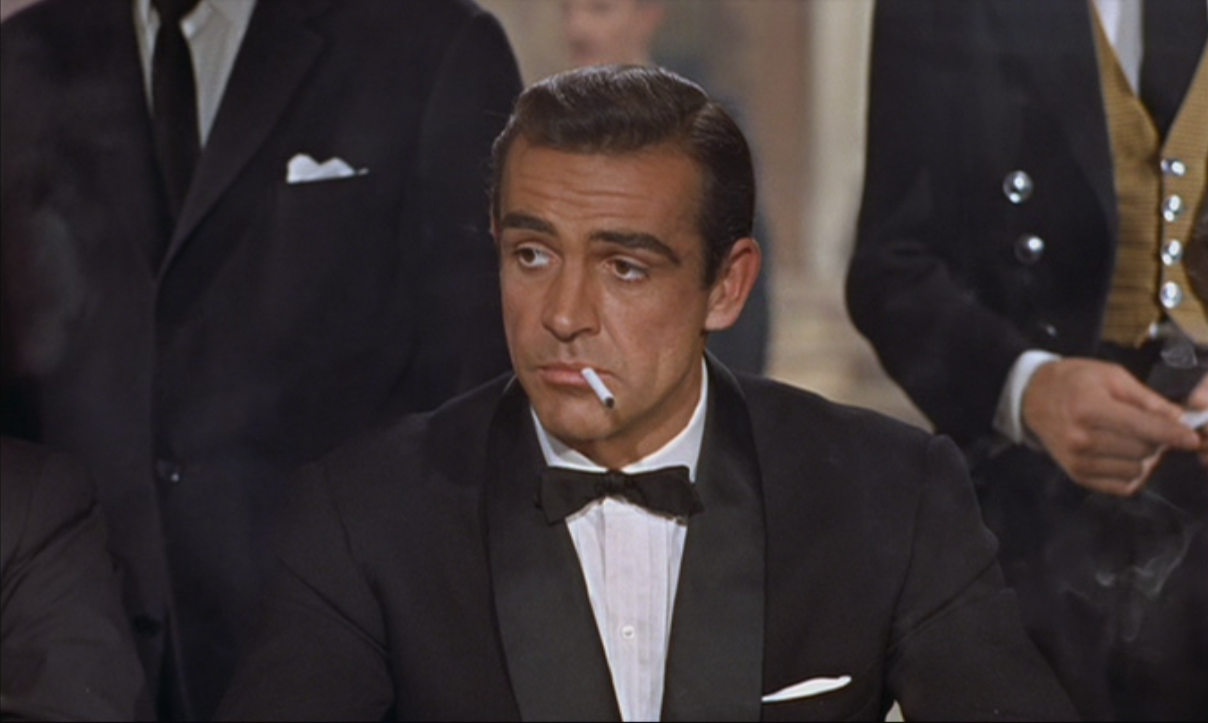 Suave, sophisticated, and debonair. Few characters can hold a candle to him; he is cool personified and he’s MI6s golden boy – James Bond. For those uninitiated in the ways of Bond, he’s best described as a masterful survivor and a peerless secret agent. He has all the cunning, gall, and bravado needed to survive in the cutthroat world of international espionage. If there’s one fictional character who can hold his poker face – it’s James Bond.

Bond has always had a taste for the finer things in life, including lavish accommodations at the world’s premier hotel and casino resorts, expensive buy-ins at blackjack and poker tournaments, and a penchant for the world’s most beautiful women. These include unforgettable screen names like Honey Ryder, Sylvia Trench, Tatiana Romanova, Tiffany Case, Jill Masterson, Pussy Galore, Solitaire, Domino Derval, Melina Havelock, Octopussy Aki, and Teresa Bond. 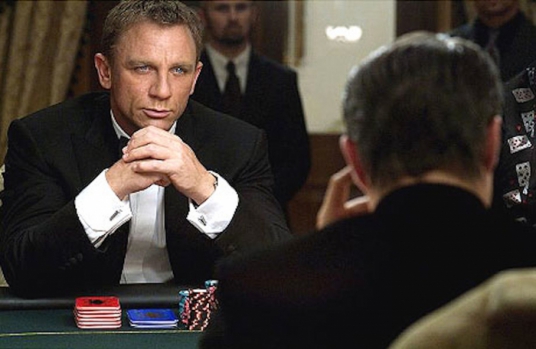 Perhaps the most memorable aspect of Bond’s persona is his seemingly gratuitous love of gambling. However, with Bond it never appears to be gambling as much as it is a calculated risk. Bond is most comfortable at Monaco casinos and Las Vegas casinos. He has dabbled in a multitude of games including Baccarat – Dr. No 1962, Craps – Diamonds are Forever 1971, and Texas Hold’em Poker – Casino Royale 2006.

It is the latter game and film which exemplifies his prowess with cards. In this film, the contest was played at the Casino Royale in Monte Carlo. Incidentally, the entire premise of the movie was based on gambling. Bond played hardball against Le Chiffre in one of the most gruelling head-to-head encounters of Texas Hold’em ever captured on screen. 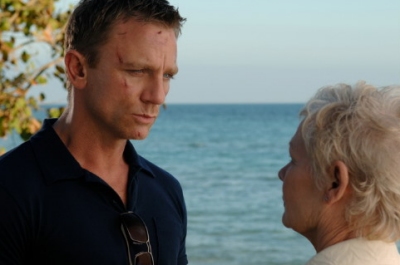 At #1 is Skyfall with $304 million, #2 Spectre with $200 million, and #3 Quantum of Solace with $168 million (based on domestic rankings). What rings true throughout is Bond’s affinity with skill and strategy-based games. He is an expert card counter, and he keeps a poker face better than most.

Why Is Poker Such an Important Component of the James Bond Lore?

Movie aficionados may be curious as to why Texas Hold’em Poker was the game of choice in Casino Royale. There are many games that the filmmakers could have selected to do justice to the Bond character. While Baccarat is certainly a high roller’s choice, it is a gambling game nonetheless. Bond is known to be a risk taker, but with poker it’s a calculated risk that is being taken.

Texas Holdem has enjoyed a dramatic resurgence in popularity since the early 2000’s, thanks to the runaway success of the World Series of Poker which is played at the Rio All Suites Hotel & Casino in Las Vegas, Nevada. This multi-million-dollar poker contest – the WSOP has breathed new life into the game and given rise to a new generation of poker players.

Combine the skill, wit, and strategy of poker with the cool, cunning and bravado of James Bond – the results speak for themselves. In Casino Royale, Daniel Craig brought a sharp edge to the Bond character. Throughout the 1980s and beyond, Bond became synonymous with cheesy dialogue, one-liners, and static characters. Daniel Craig brought depth and darkness to Bond in much the same way as Christian Bale brought a brooding and foreboding sense to Batman after the rather campy performances of actors like Adam West, Michael Keaton and Val Kilmer.

James Bond is Holding the Nuts & He Knows It!

Daniel Craig brought toughness to the character and did justice to the writing of Ian Fleming. While the character remains formulaic, audiences get to see a different side of Bond – one that struggles with internal conflicts and emotional distress. That he can rise above this and emerge victorious is extraordinary. The trials and tribulations experienced by Bond are synonymous with the game of poker.

This game is often fraught with insurmountable challenges and is regarded as the ultimate game of attrition. Players are tasked with playing their cards, as well as the players at the table. It’s a game of wits; the winner is the player who can withstand an unrelenting barrage of assaults from other players and emerge victorious at the showdown. For these and many other reasons, poker remains the go-to casino card game for the heroes of Hollywood.