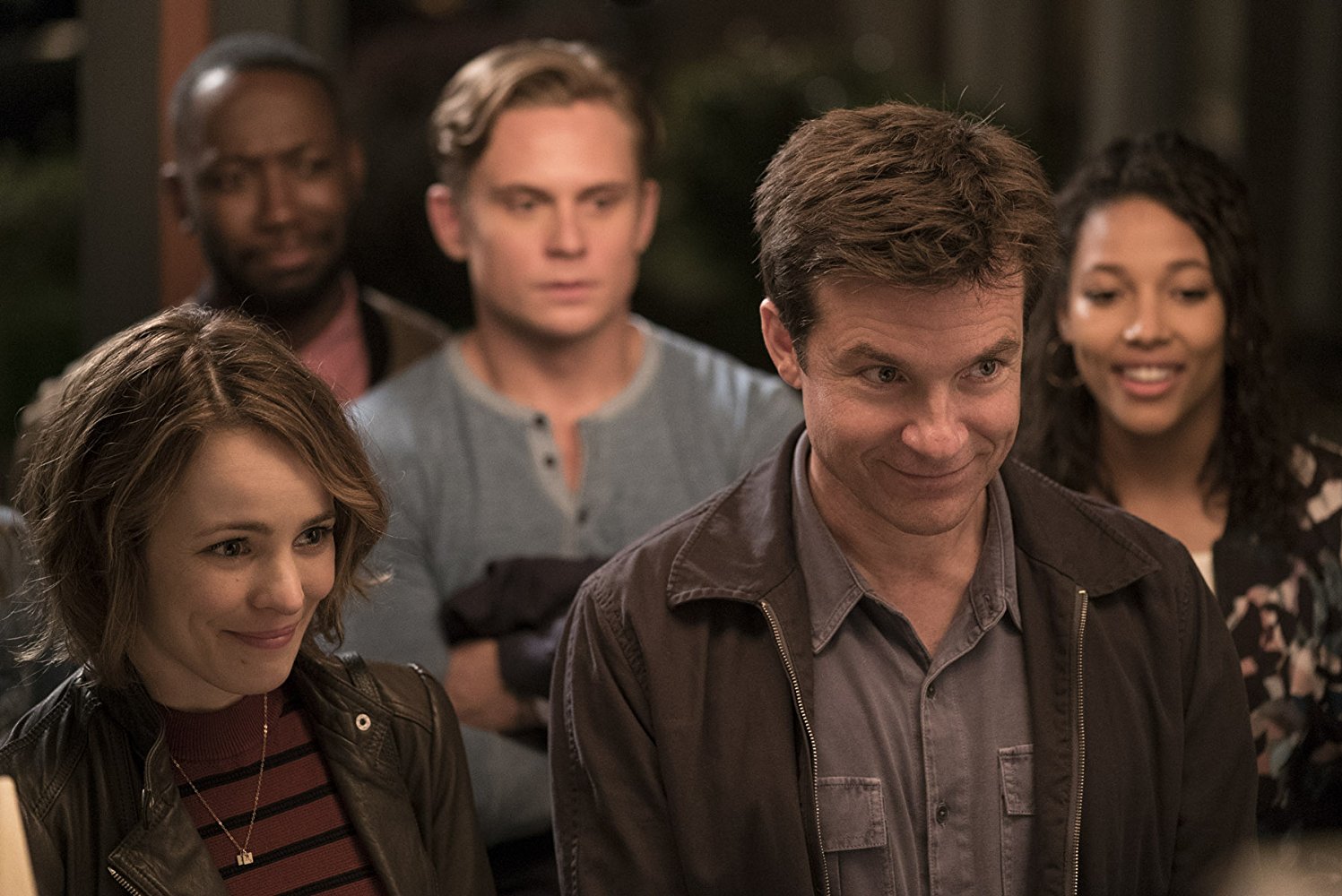 Having made their directorial debut with the bafflingly underrated Vacation rebootquel in 2015, Horrible Bosses scribes John Francis Daley and Jonathan Goldstein return to the helm for this sophomore effort – best described as a mash-up of board game comedy Clue and David Fincher’s The Game. Featuring a solid line-up of comedy headliners and a twisty-turny plot that shoots for – and, impressively, lands on – being as sharp as it is hilarious, Game Night proves to be a solid roll of the cinematic dice, and easily the best comedy of the year so far.

Jason Bateman and Rachel McAdams take centre-stage as hyper-competitive couple Max and Annie, whose weekly game night sees Max’s estranged wealthy brother Brooks (a wonderfully smarmy Kyle Chandler) join their suburban clique for a round of Jenga and Charades. Seeking to up the ante with his brother – as he often does – Brooks takes it upon himself to host his own variation on the weekly festivities, hiring an elite outfit to host a Taken-style role-play scenario in which the remaining players must locate and rescue one of their abducted own. Unbeknownst to the group however, Brooks’ reservation appears to coincide with an actual abduction – leaving the nostalgia-driven squad the unknowing participants in a literal game of life and death.

Anyone who remembers the little-seen 2003 comedy A Guy Thing will doubtless be hip to the shtick Daley, Goldstein and writer Mark Perez come to rely on so successfully here, namely in mining the comedic worth of absolute coincidence for some genuinely side-splitting meta-fuelled frolics. It helps that Perez’s screenplay is as biting as it is outright clever, leaning hard on the talents of a game cast to bring a surprisingly effective story chock full of subversive turns to life in a way that continues to surprise again and again. It’s so successful in this regard, that it winds up almost shooting itself in the foot for its final reel by attempting to top what could have been a wholeheartedly brilliant conclusion with another more action-packed, though far less well thought-out conclusion. It’s a clear cut case of not quitting when you’re ahead, and it’s the absolute credit of the talent behind Game Night that festivities are so much damn fun that even that misguided turn gets swept under the rug by an otherwise solidly good time at the movies.

Bateman, of course, plays the role he continues to maintain his long-planted flag upon – chiefly the acerbic everyman, though here given a wealth of neurotic ticks that build to something cleverly unlikeable yet utterly investable. McAdams, meanwhile, proves a sturdier player in an out-and-out comedy than you’d expect (though, it’s of note, that her first major role was in a failed Rob Schneider vehicle we’ve all since forgotten) and if there’s a better supporting cast in any comedy this year, it’ll have been a great year for the genre. Literally everybody shows up wearing their best game face – with Chandler the perfect performer to bring the ludicrous Brooks to life, New Girl’s Lamorne Morris and Kylie Bunbury a sparky long-term couple whose chemistry peppers a gut-busting infidelity subplot, and Sharon Horgan finally getting her chance to shine in a fully-fledged Hollywood comedy, the likes of which she’s been deserving of for years now. Hell, even Billy Magnussen’s a hoot here, finally finding his niche in the superficial yet well-intentioned human grease stain that is his Ryan.

If there’s an MVP to be had though – and, boy, does Game Night make that call a tough one at times – it’s Breaking Bad alum Jesse “Meth Damon” Plemons, who stealthily enters Game Night with all the piercing quiet intensity of Michael Shannon and comedic wit of Bryan Cranston to swiftly pass Go and leave everyone else dishevelled in his wake. Unexpectedly, Plemons has real comedic chops, and if Game Night leads to nothing but a call for the Fargo actor to take on more outwardly comedic projects, it’ll be a damn fine result based on what he delivers here.

Daley and Goldstein are keenly aware of the value of the pieces they have in play, and the energy they bring behind the camera leads to some highly effective set pieces that never feel tonally removed from the quieter more character-driven moments. Of particular note is a second-act heist sequence, staged to appear as one unbroken shot and utilising near the film’s entire cast for what amounts to a breathlessly amusing chase sequence playing somewhere between Horrible Bosses and Scooby Doo. Like the bulk of Game Night, it’s an absolute hoot to be found in a film that caters to a surprisingly underserved audience (the now-grown children of the 90’s) yet casts its net wide by balancing intelligence with broad humour. It’s a game night absolutely worth going all-in on, delivering suspense and hysterical set pieces as often as it does just straight-up character-based gags. It’s everything you want from a New Line comedy and more, and it’s absolutely worth picking your game token for.