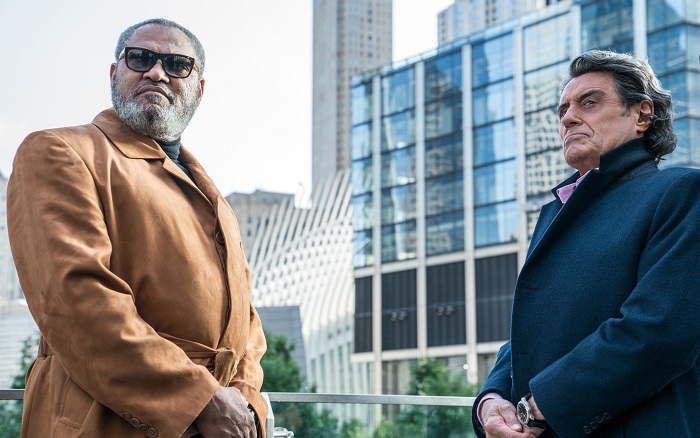 Lionsgate, via Twitter, have shown off a brand new still from John Wick 3: Parabellum.

The image, which features Laurence Fishburne’s Bowery King and Ian McShane’s Winston stood in the midst of a cityscape, was captioned “Old friends. New enemies. Chapter 3”.

Also set to return will be the titular retired assassin himself, Keanu Reeves as John Wick – on the run after the events of the John Wick: Chapter 2. Set to join the franchise, which is rumoured to be gearing up to spin-out into a shared universe, is Halle Berry’s Sofia – described as “a woman on a mission”. The title for the film refers to the famous Latin phrase “Si vis pacem, para bellum“, which roughly translates to “If you want peace, prepare for war”.

John Wick 3: Parabellum is due for release in May next year, and is rumoured to be the conclusion to its lead character’s story. It will be directed by Chad Stahelski (John Wick), and will also star Asia Kate Dillon (Orange is the New Black), Jason Mantzoukas (Brooklyn Nine-Nine), and Anjelica Huston (The Addams Family).