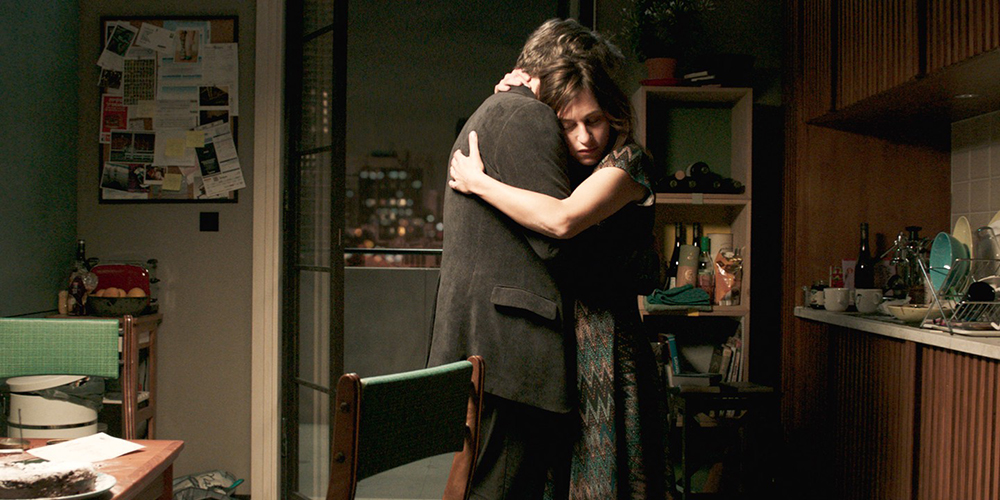 There are few films that walk the line elegantly between desaturated hyper – so hyper it’s uncomfortable to bare witness to – realism and bold surrealism so well as Foxtrot does. A narrative triptych, Foxtrot explores the wrenches of grief, cruelty, mundanity, loss, and fear in a swirl of dexterous, visual filmmaking.

The first act of the film follows Michael and Dafna Feldman (Lior Ashkenazi and Sarah Adler) in their upmarket, modernistic Tel Aviv apartment; their son, Jonathan, has ‘fallen’ in the line of duty. With clinical precision, director Samuel Maoz narrates the first stabbings of grief in a way that’s coldly dissociated in its style, yet so intensely personal that it becomes harder to watch the unfolding proceedings without averting your gaze. He holds focus on Michael as he experiences the first shocks of loss, the camera unmoving for a solid 3 minutes whilst officers swirl around him in a cacophony of empty condolences, brusque ‘next steps’, and determined efforts to get him to drink a glass of water on the hour, every hour. We don’t see them though. We’re not afforded the luxury of a cutaway. Instead, whilst they talk Maoz makes sure that we are to bear witness as Michael tries to grapple with his new reality – he is now a father without a son. It’s a stark, impersonal gaze, but it’s so close to his face and so unrelenting that you feel intimately connected to the moment. 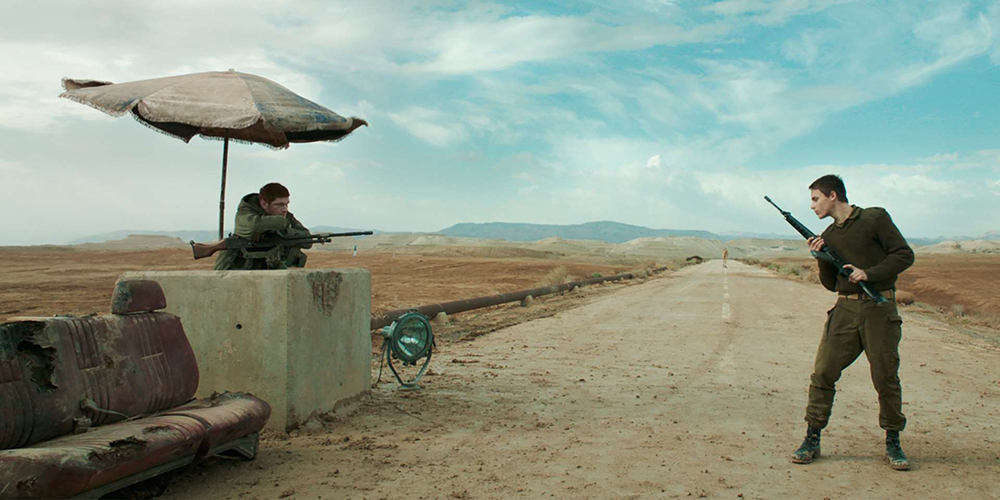 The Feldman’s apartment, once a tasteful space with a muted colour palette and art lining the walls, becomes a jail. The greyness of the walls intensifies, and there’s a distressing sequence — in which Michael scalds his hand under the bathroom tap in a vain attempt to bottle the grief that’s squeezing its way up his throat — where the small bathroom, with its grey walls and thick framed windows, takes on the form of a prison cell. He locks himself away, hides his grief from the outside world – from everyone but the audience. The camera watches from above, from in front of his face, making sure that we see him, truly and completely.

Indeed, one of the ever-present motifs of the film is observation – to see, and to be seen. In Foxtrot, sight is truth, and the camera – and the audience, by extension – are afforded a sense of everpresence that forces us to watch everything, both good and bad. Michael declares to his brother that he’s an atheist, and here, it’s not God who is omnipotent, it’s the viewer. 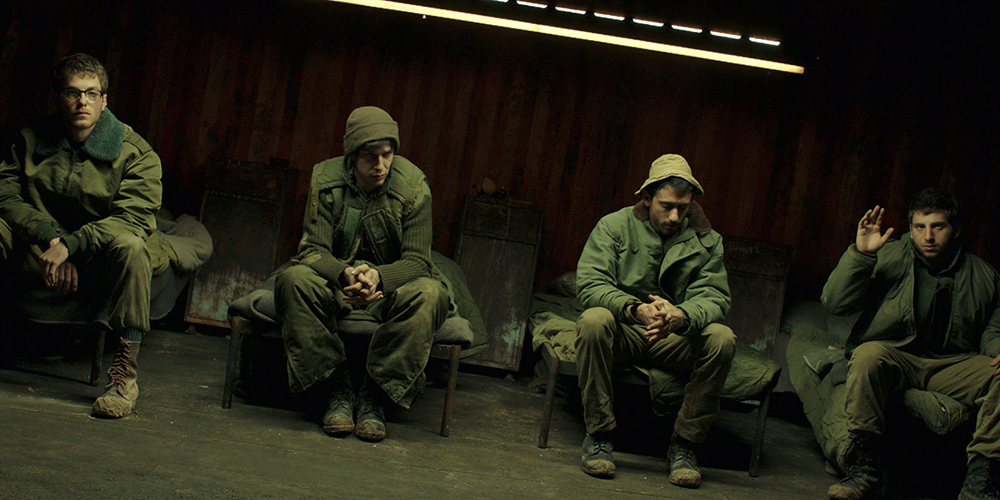 This isn’t restricted to the stark realism of Act 1, either. In Act 2, a surreal (at times verging on bleakly absurd) portrayal of Jonathan’s time manning a deserted checkpoint, the way in which sight is manipulated and expressed proves fascinating. In the same, unbroken way in which we followed Michael in Act 1, we watch one of the soldiers body-pop and dance his way across the dirt road, clutching his rifle, against a beautiful sunset that’s more colourful than anything that happens in the first 45 minutes of the film. A soldier tells Jonathan that “They are everywhere. Watching us. Following us… They are filming us.” In one shot that’s almost religious iconography, one of the flood lights behind Jonathan lights up like a halo around his head as he stares out into the night. Perception is everything, and it’s what we see that’s important – or what, as we will later find out, we will pretend not to see. We observe, again from above, the burial of a car in a sedan-sized grave as a bulldozer dumps gravel on top of it, hiding it from view and burying the truth.

If Act 1 shows us the first throes of grief, Maoz’s final act – which circles back around to Michael and Dafna – shows us the full-scale, putrid war that loss rages upon a person. The couple, now cruelly estranged by suffering and blame, sit across from each other with a sense of dissociation, a sense that they can no longer see who the other truly is.

And as the film closes with the same shot as we see in the film’s opening – a jeep, ploughing down a dirt road towards a horizon that appears to stretch ever further – Maoz’s deft final, subtle twist helps us to realise that we’ve not seen the whole picture ourselves.