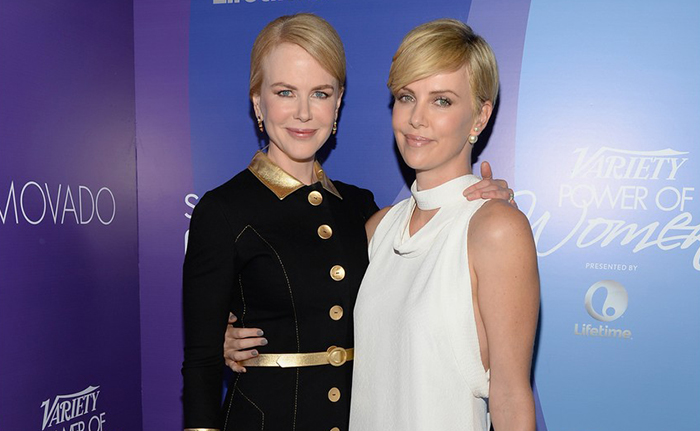 Well, that’s something of a shock.

The true-story retelling of the events that led to the ousting of media mogul Roger Ailes from Fox News, and the systematic takedown of the company’s culture of misogyny, sexism and harassment, was gearing up to begin production in just two weeks. The flick – entitled Fair and Balanced – had assembled an all-star cast, including Nicole Kidman, John Lithgow, Kate McKinnon, Margot Robbie, Malcolm McDowell, and Charlize Theron. But now, the production has been thrown completely into doubt.

Annapurna Pictures, the studio financing the flick, dropped the feature today. Reports on why vary, with many citing the growing high-profile cast as inflating the budget to unreasonable proportions (Kidman alone is the highest-paid actress in the world), and others reporting that “internal issues” had cropped up surrounding the direction of the picture.

Focus Features are supposedly moving in to take over and finance the flick, but any kind of delay to production could have real repercussions – actors schedules are notoriously busy, and if the performers had pencilled in for those weeks of filming then those are the only weeks many of them will be free. Margot Robbie especially has been in high-demand, and was going straight from Tarantino’s Once Upon a Time in Hollywood to Fair and Balanced, and was then set to move on to Warner Bros’ Birds of Prey. Should Focus Features be able to continue production without hiccup or delay, then things should be fine, but paperwork takes time and that may be time Fair and Balanced doesn’t have.

The film will be directed by Trumbo’s Jay Roach, and has been written by Charles Randolph.

James Gunn In Negotiations To Write Suicide Squad 2, May Direct