In a year full of conversations about representation, it’s exciting to see that some of the best films of the year have been directed by women. Female-centric and original, these directors have made their own mark on the cinematic landscape in 2018. It’s an age-old excuse for the powers-that-be to say that “There aren’t any female directors out there”, but these films are proof that they are there — and that they’ve got something worth saying. 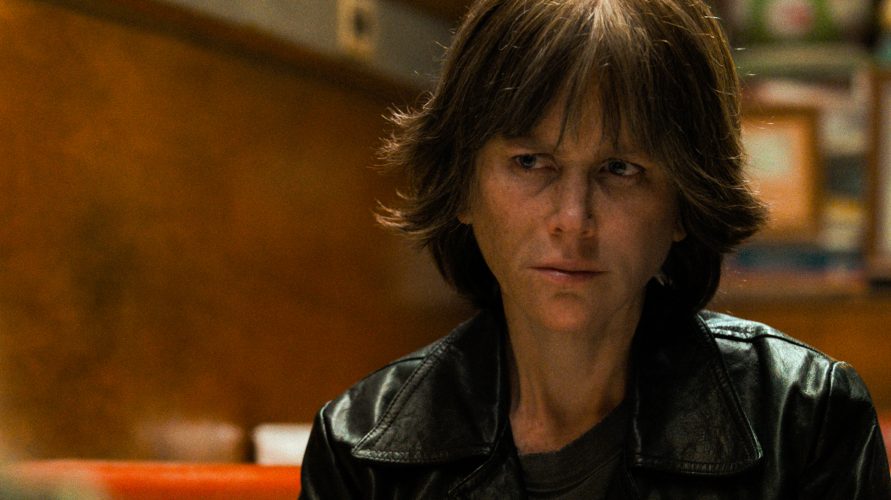 Destroyer is a film that I’ve been talking about around every dinner table since its screening at London Film Festival. Kasuma’s work is quietly beautiful and painfully heartwrenching, whilst also containing some expertly choreographed and shot gunfights. With Nicole Kidman in the lead role as Erin Bell – a human trainwreck in the form of an alcoholic detective – who’s ably supported by a brilliant cast including Sebastian Stan, Toby Kebbell, and Tatiana Maslany, Destroyer follows Bell as she’s sucked back into her past as an undercover cop in a cult-slash-drug-gang, thanks to a dead body with some familiar tattoos. The whole thing is a triumph from top to bottom. Gorgeously shot – the symmetry of the first and last shots is staggering in the context of the whole film – efficiently scripted, and stunningly acted, Destroyer is easily one the contenders for film of the year, and definitely puts Kidman in the running for another Oscar nomination. 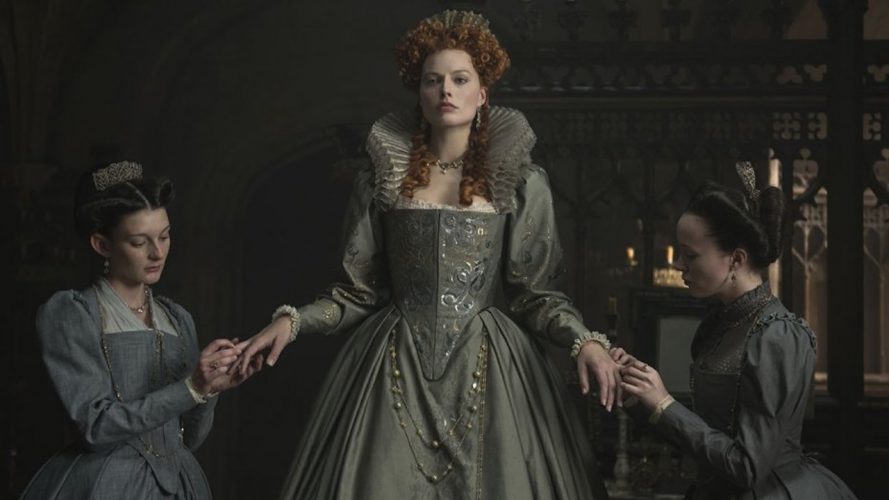 If you’re a bit of a luvvie (like me), Josie Rourke’s name is not a new one to you. In fact, you’re probably excited just hearing it. Best known as the artistic director of London’s Donmar Warehouse – and the brains behind some of the best recent Shakespeare adaptations, including Tom Hiddleston’s Coriolanus and this year’s Measure for Measure – Rourke’s no stranger to shaving down script and story to its bare bones. And this year (well, next year on mainstream release), she’s decided to grace us mere mortals and turn her hand to the medium of film. Exploring the fractious relationship between Elizabeth I and Mary Queen of Scots as they fight to keep their hands on the English throne, Rourke brings us a period piece that keeps the corsets but removes the frills entirely. What we’re left with is some beautiful scripting, leading performances from Margot Robbie and Saoirse Ronan, stunning landscape (the highlands of Scotland – think Justin Kurzel’s Macbeth) – and the story of two fiercely determined women.

Can You Ever Forgive Me? (dir. Marielle Heller) 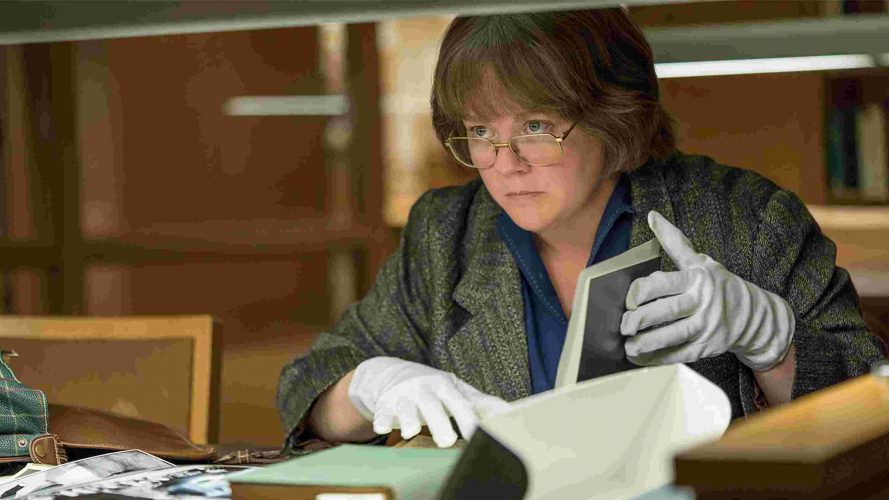 I’ve long since thought that, though Melissa McCarthy is one of the funniest women in film at the moment, she’s always had the capability to play the straight man. I’m more than a little bit pleased to report that, in a sense, I was right. In Can You Ever Forgive Me?, McCarthy plays Lee Israel, a middle-aged, down-and-out biographer who discovers that she’s got rather a particular set of skills — she’s an expert at faking letters from famous literary figures. It’s quirky, funny in places, and highly poignant, and is carried beautifully by the double act of McCarthy and Richard E. Grant. Heller’s film is wonderfully scripted to play to both leads’ strengths, and walks a line that’s often hard to achieve in fusing just the right amount of dark comedy with an exploration of human loneliness. Heller’s latest offering (her last being the criminally underappreciated Diary of a Teenage Girl) solidifies her as a one-to-watch in both directing and in championing unusual, sensitive portraits of women on film. 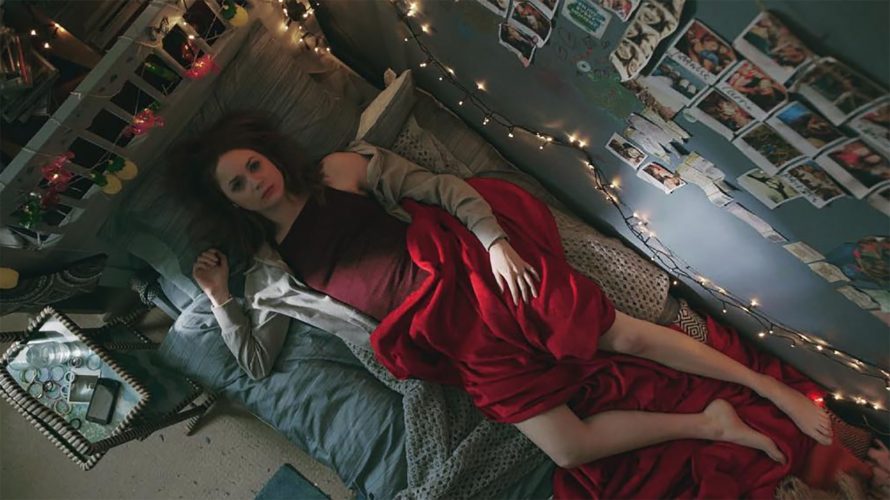 Karen Gillan’s been quietly plugging away since her Doctor Who days, making her big-screen entrances in the Marvel Cinematic Universe as well as the latest Jumanji film, and alongside awards heavyweights in films such as The Big Short. But she’s now adding the titles of both writer and director to her resumé – and she’s bloody justified in doing so.If The Party’s Just Beginning represents Gillan’s entry into the film world as a director, she’s done so with great aplomb. It follows Liusaidh, a 24-year-old from Inverness, who’s quickly revealed to be spiralling following the suicide of her best friend the year before. It’s a film that’s unafraid to be ugly, plays with narrative structure, and strips everything back to its bare bones. The film’s sentimental – but never cliché – triumphs are in its depictions of real (and often mundane) life and its demonstrations of how profoundly a person can be changed by tragedy, and it cleverly weaves the past and present into a cause-and-effect relationship that’s never confusing and always poignant.

The Spy Who Dumped Me (dir. Susanna Fogel) 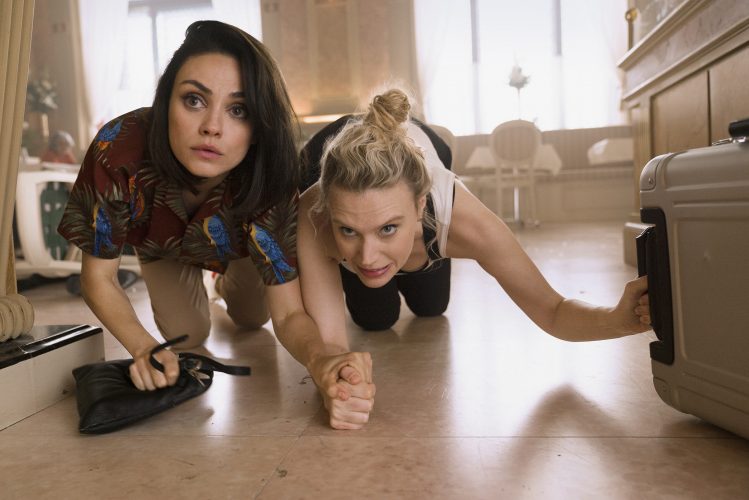 Forgoing the festival circuit in favour of the blockbuster treatment, The Spy Who Dumped Me is a great reminder that female directors don’t have to be relegated to the realms of limited release and word-of-mouth. Yes, they can make original dramedies, period dramas, and gritty character portraits – but they can also make out-and-out popcorn romps.Susanna Fogel’s madcap comedy caper is certainly the box office darling of the list. Starring Mila Kunis and the endlessly funny Kate McKinnon as best friends who unwittingly get pulled into the high-stakes world of espionage, The Spy Who Dumped Me plays as much with the relationship between the two friends as it does the hammy, Bond-but-bonkers spy underworld. Full of car chases, gunfights, and baddies, it’s held together by a sharply comedic script (which, thank the Lord, largely lets McKinnon do her own brilliant thing). It’s well-choreographed, but values its main characters as much as its pyrotechnics budget. It’s not particularly pretentious, wears its intentions firmly on its sleeve – and is truly, properly funny.

Related Topics:Can You Ever Forgive MeDestroyerFive Favourite Female Directed FilmsMary Queen Of ScotsThe Party's Just BeginningThe Spy Who Dumped Me
Up Next

Has the Musical Finally Got its Groove Back? 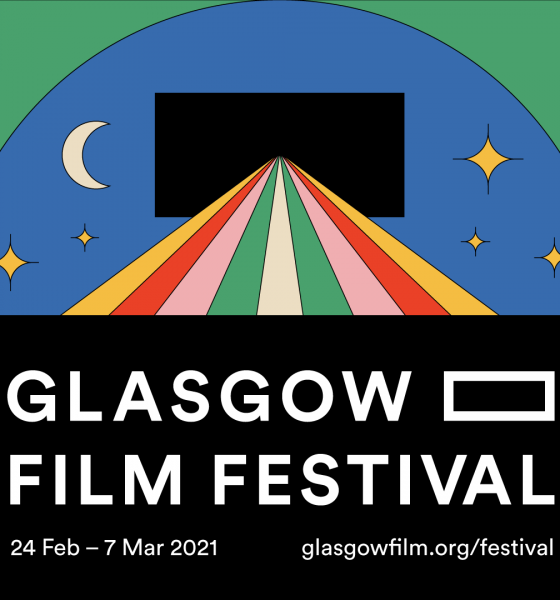 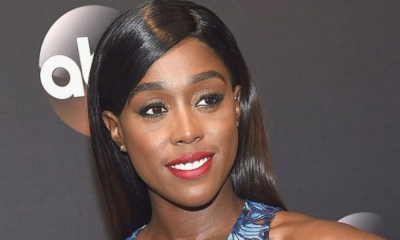