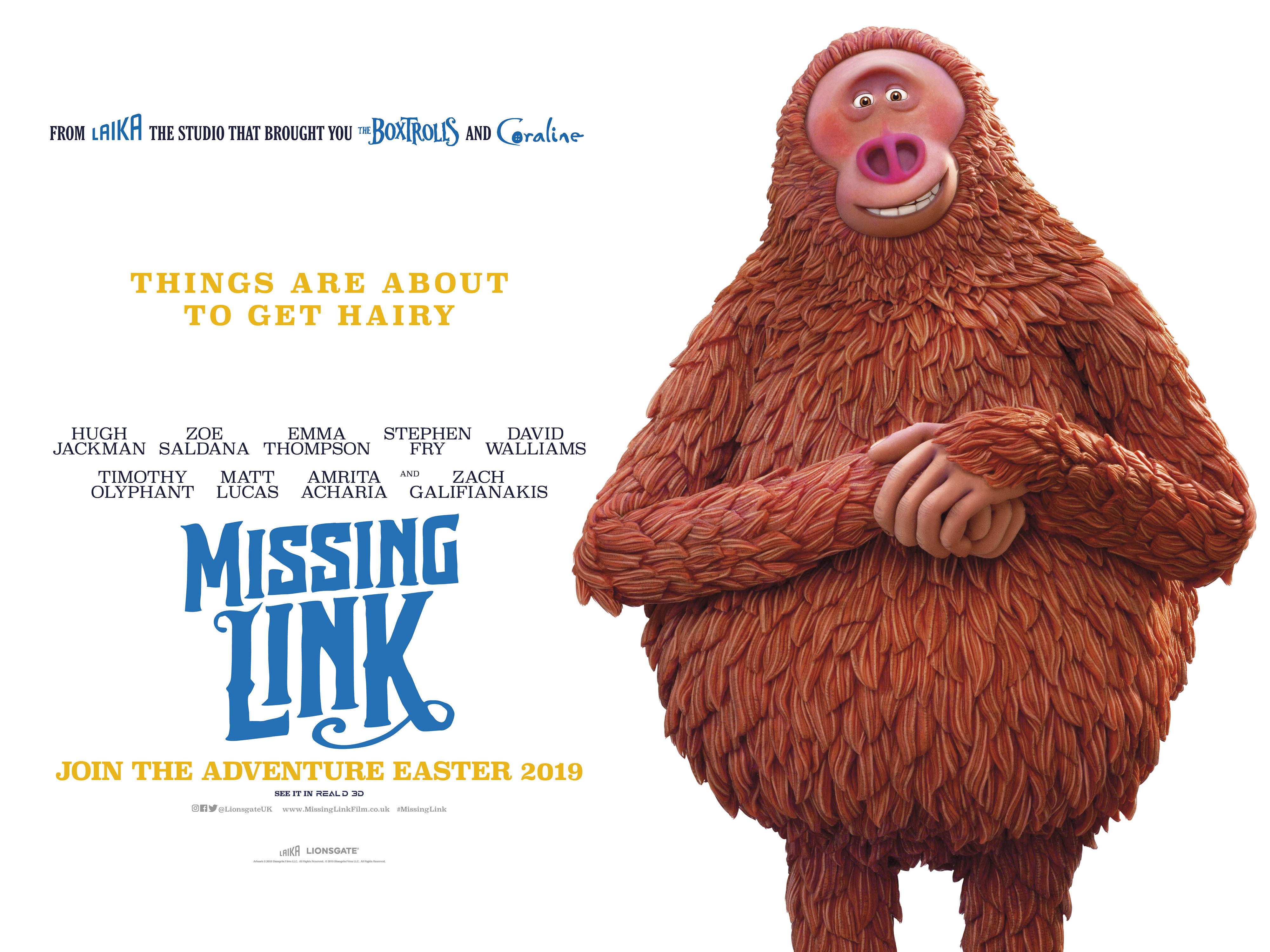 Mr. Link is the altogether lovable and hilarious title character in this globe-trotting comedy-adventure from the award-winning animation studio, Laika. Hugh Jackman is Sir Lionel frost: a brave and dashing adventurer who considers himself to be the world’s foremost investigator of myths and monsters. The trouble is, no one else seems to agree. He sees a chance to prove himself by traveling to America’s Pacific Northwest to discover the world’s most legendary creature. A living remnant of Man’s primitive ancestry.

The Missing Link. Zach Galifianakis is Mr. Link: the slightly silly, surprisingly smart and soulful beast who Sir Lionel discovers. As species go, he’s as endangered as they get; he’s possibly the last of his kind, he’s lonely, and he believes that Sir Lionel is the one man alive who can help him. Together they set out on a daring quest around the world to seek out Link’s distant relatives in the fabled valley of Shangri-La.

Along with the independent and resourceful Adelina Fortnight (Zoe Saldana), who possesses the only known map to the group’s secret destination, the unlikely trio embarks on a riotous rollercoaster ride of a journey. Along the way, our fearless explorers encounter more than their fair share of peril, stalked at every turn by dastardly villains seeking to thwart their mission. Through it all, Mr. Link’s disarming charm and good-humoured conviction provide the emotional and comedic foundation of this fun-filled family movie.

Fighting With My Family – Official Trailer