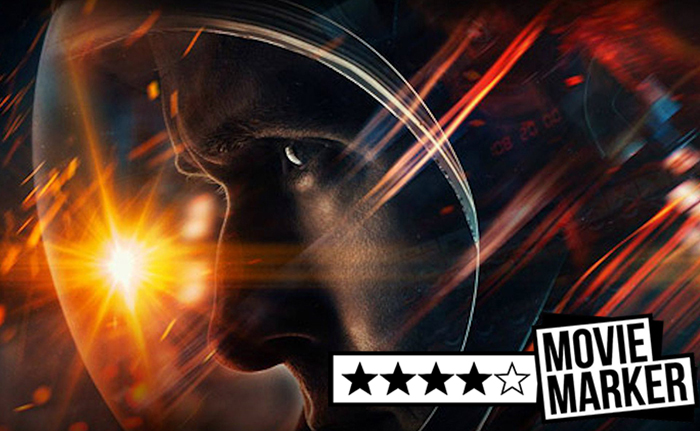 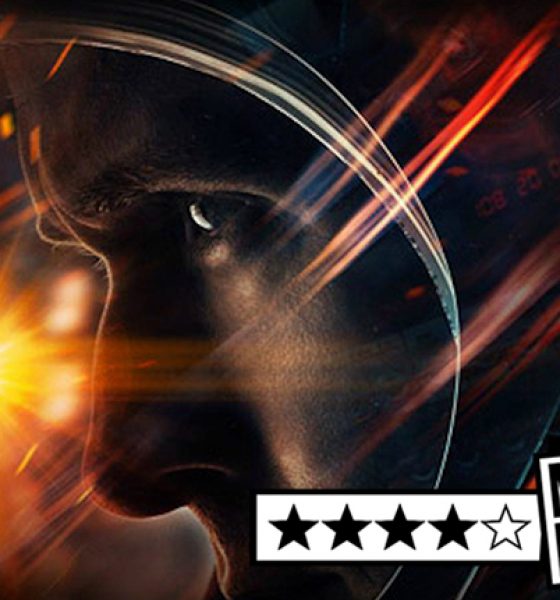 Damien Chazelle’s follow-up feature to the famously almost Best Picture winner La La Land is, it’s fair to say, immensely anticipated in cinephile circles. A character-focused exploration of Neil Armstrong’s journey to become the first man to ever walk on the surface of Earth’s moon; the feature seems, to the outside eye, tailor-made not simply for the awards season, but to be the ultimate, undeniable, crowd-pleasing all-kill success story of the year. So why in the hell doesn’t it work as well as it should?

Chazelle has proven time and again that he can take characters who perhaps aren’t the most inherently likeable (Whiplash’s Andrew/Miles Teller, and Fletcher/JK Simmons spring instantly to mind) and imbue them with a sense of emotional weight and connection to the audience that supersedes their less desirable qualities to create uniquely captivating performances. And it’s that proven, visible quality of Chazelle’s work that is made all the more vividly glaring in its absence from First Man. 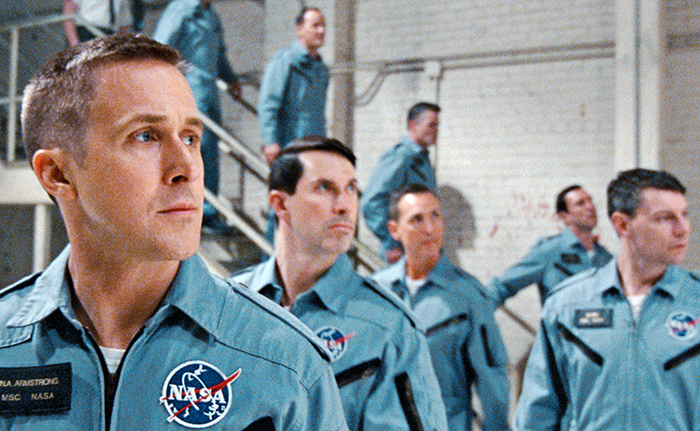 Starring frequent collaborator Ryan Gosling as Armstrong, alongside The Crown’s Claire Foy as his long suffering wife Janet, Jason Clarke as Edward Higgins White, and Corey Stoll as (a bizarrely balding) Buzz Aldrin; the cast list reads like a veritable who’s who of character actors in modern American filmmaking. The pieces are all here, but for some reason the production is overwhelmed by a palpable hole in its core, a gap in its soul that never allows the actors to really run with their portrayals in a way that feels conceivably human.

The film follows Armstrong’s career from his early days as a flight test pilot for the US Air Force, through the death of his young daughter Karen, to his time in NASA’s space program and their race to put a man on the moon before the Soviets. First Man fails to find a hook in Armstrong’s character, however, and instead ends up feeling detached from its proceedings. To be clear, Gosling is absolutely on-point, and his performance is naturalistic and raw, a genuine, measured, studied portrayal that never shoots for impressionism, but captures the core being of a singularly fascinating figure in mankind’s history. The problem, unfortunately, is that Armstrong simply isn’t the lead character type. He’s awkward, devoted to the cause, emotionally-stunted, reserved, and seems to be borderline on the spectrum. None of this disqualifies him from being the focus of a motion picture, but the film is in drastic need of a hook to hang its hat on, and Armstrong just isn’t it. The occasional moments in which the film threatens to become a jingoistic America vs. The Commies race to the stars is at least interesting – something less ethereal for the audience to latch to – but the film never follows through. Like Armstrong himself, First Man is only interested in the facts of the mission, not how it makes you feel.

Claire Foy is, to put it bluntly, utterly wasted. A stupendous talent, and one who will undoubtedly garner awards in her future, but who is saddled here with a script that appears to actively dislike the real-world Janet – painting her as an alternately quivering or shouting maternal figure who never endears herself to the audience and serves only as a distraction from the actual meat of the flick: the mission itself. 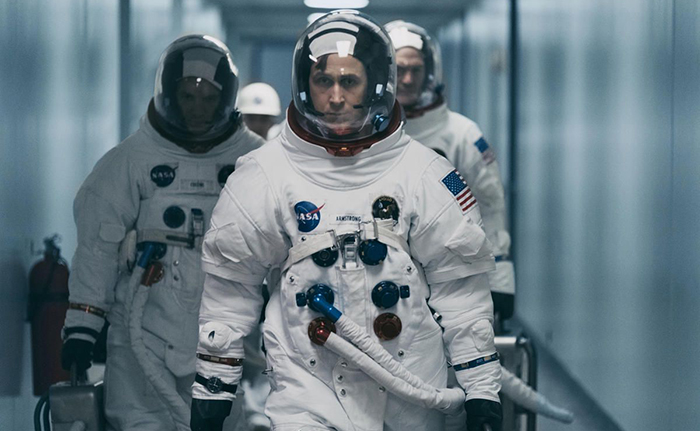 That meat though is, in a word, enrapturing. No filmmaker has ever captured the visceral, heart-in-your-throat experience of being in a creaking metal pod and flung by thermodynamics and sheer force of will into outer space quite like Damien Chazelle with First Man. Claustrophobic, intense, and masterful; Chazelle’s sequences are those rare theatrical experiences that demand to be seen on the largest screen possible, with the most magnificent Dolby Atmos speakers you can find. For all of the film’s emotional hollowness, it’s when First Man drops all pretence of character and narrative and lets the film speak for itself that it elevates toward becoming something truly magical. It is utterly baffling that a motion picture which struggles and flubs so basically with what should be so simple (making the audience like and care about Neil Armstrong and his family) can pull off such moments of pulse-pounding, nerve-shredding thrill and excitement. Everything in First Man – as relates to NASA – works. Hell, it doesn’t just work, it sings; a gorgeous symphony of moviemaking that builds and builds, until it finally crescendos to that line of dialogue, and a series of moments on the moon’s surface so beautiful that you damn near forgive every third scene beating you over the head with the daily-sufferings of beleaguered housewife Janet Armstrong.

Justin Hurwitz’s score, and Phil Barrie’s incredible sound department, are of particular note. The score is everything you want it to be – equal parts subtle melancholy and sweeping theatricality. But it’s Barrie’s foley design that is First Man’s secret weapon. He’s given the unenviable task of grounding the film’s trips to space, and ends up making it look (or, rather, sound) effortless.

First Man is an ultimately frustrating work. It’s by no means bad, not by a long shot, but it’s frustrating in its missed opportunities. It had all of the ingredients to become one of the defining features of the decade, with the raw talent both in front of and behind the camera with which to pull it off. It’s still a good film (and threatens to become a great one on more than one occasion), but it’s not the mainstream, emotional gut-punch celebration of humanity that it by rights should be. It’ll likely clean-up at the Oscars and continue Chazelle’s hot-streak, but it’s not his definitive work; merely one small step in a giant career.

First Man is in UK cinemas from this Friday, rated 12A.