Ryan Coogler and Michael B. Jordan have been nearly inseparable so far, with their wonderful collective efforts on Marvel’s Black Panther, Fruitvale Station and of course ‘Creed’, the outstanding Rocky spin-off which saw Apollo’s son Adonis (B. Jordan) enter the ring.

Now with his Light Heavyweight Champion status, Coogler is passing the directorial reins to Steven Caple Jr, as the brilliant trailer for ‘Creed II’ debuts.

Tessa Thompson and Sylvester Stallone return alongside B. Jordan, as it promises an emotionally-charged face-off for Adonis with Viktor Drago (Florian Munteanu), the son of Dolph Lundrgen’s Ivan Drago.

The sequel is released in November in the UK.

‘Life has become a balancing act for Adonis Creed. Between personal obligations and training for his next big fight, he is up against the challenge of his life. Facing an opponent with ties to his family’s past only intensifies his impending battle in the ring. Rocky Balboa is there by his side through it all and, together, Rocky and Adonis will confront their shared legacy, question what’s worth fighting for, and discover that nothing’s more important than family. Creed II is about going back to basics to rediscover what made you a champion in the first place, and remembering that, no matter where you go, you can’t escape your history.’ 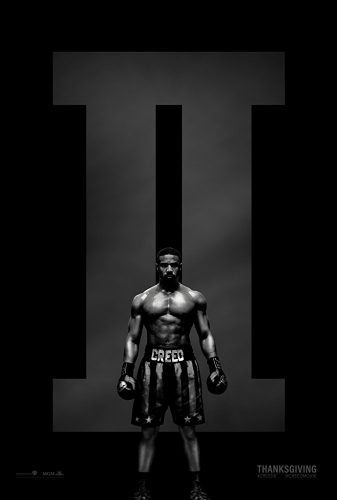