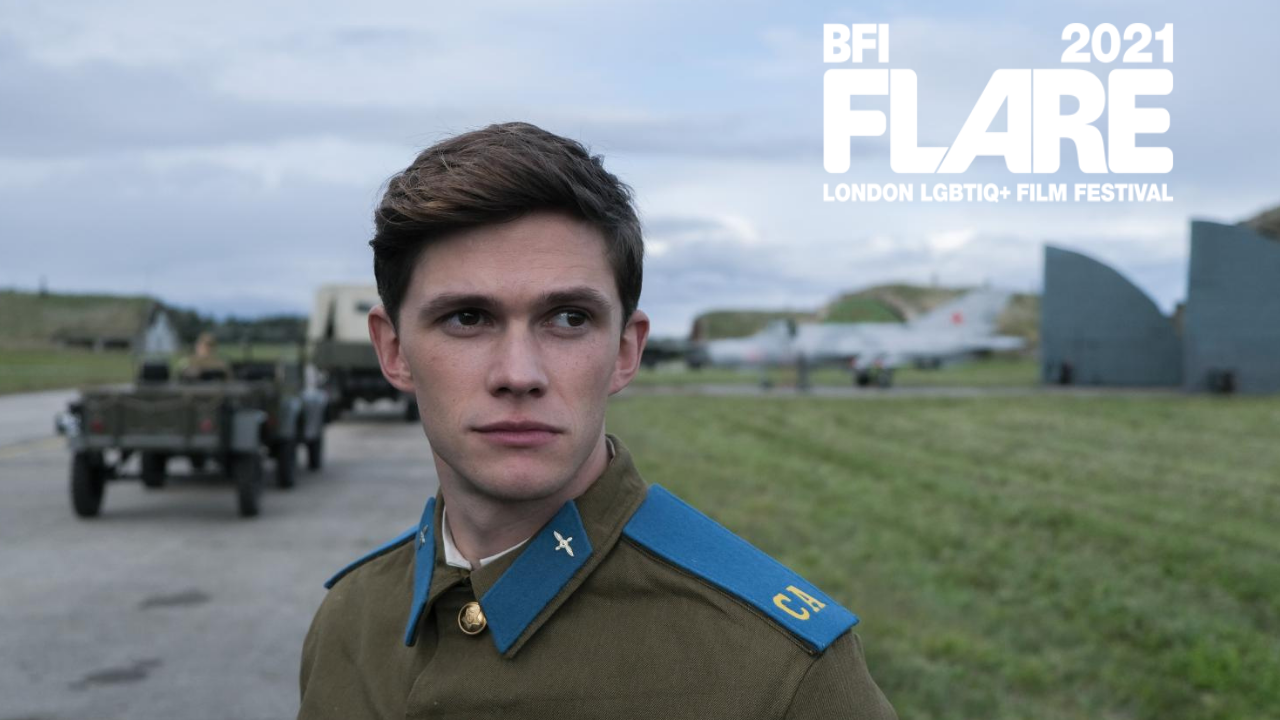 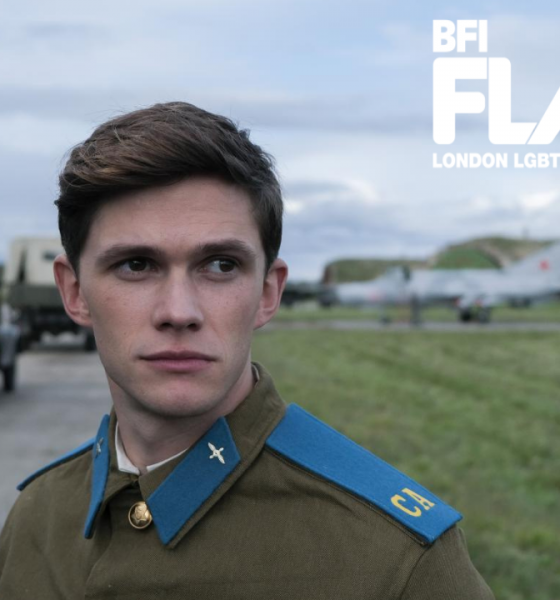 Repressed feelings within the hyper-masculine world of the army. I suddenly have flashbacks of those wretched cadet camp trips I was subjected to in my late teens, a detour in life I was practically forced into. But at least there was the welcome perk of swooning over cute men in uniform, who played a significant part from afar in coming to terms with my own sexuality. Rather like Tom Prior’s Sergey, the only thing I wanted to rage on was hardly war, but the love in my heart for the arts. That sensitivity and active encouragement to express yourself freely, simply not compatible with the barking orders and machismo that pollute the air of those environments.

In the present day, we are sadly all too familiar with the anti-gay purges that have been a prevalent fixture within Russia, recently documented through the impactful work of Welcome To Chechnya, highlighting the distinct lack of progress in LGBTQIA+ rights. Occupied by the Soviet Union stretching back to the Second World War, it wasn’t until 1992 that Estonia was merely able to legalise same-sex sexual activity. With all this said, now imagine yourself concealing those feelings at the height of the Cold War when homosexuality was illegal in the Soviet Air Force. Inspired by a powerful memoir written by Sergey Fetisov, who sadly passed in 2017, Firebird has a clear objective. To be further proof that even in the face of such hostility, love can indeed triumph.

Rewinding to the 1970s, the chiselled jawline of Sergey (Prior) is counting down the days till the end of his military service, fighting off calls to take his career further. Also combating outcries from his fellow officers that he harbours feelings for sweet-natured secretary Luisa (Diana Pozharskaya), it’s evident from his fondness for photography that his artistic ambitions cannot be contained within the barracks.

The pair’s curiosity is piqued when they are completely blindsided by the arrival of strapping lieutenant Roman (Oleg Zagorodnii), with Sergey immediately assigned to be his driver and chaperone around the base. Sergey hardly banks on Roman being as tuned into his chosen passion as him, forming a firm bond over theatre and ballet, too, that is encapsulated by the shared experience of a lavish production of Igor Stravinsky’s The Firebird. Prompting them to take the first steps in a difficult dance of keeping their burgeoning love affair hidden from their superiors, with the laser focus of imposing Major Zverev (Marcus Prangel) ready to shut down any behaviour he wrongfully deems immoral.

Peering through fences to catch a welcome glimpse through a window. Intense displays of affection in the shadows as combat vehicles pass by. Director Peeter Rebane unearths a smouldering quality in its central relationship that is essentially in stealth mode through the effective use of light and composition, gradually becoming expansive in scope as their feelings become more refined—growing in confidence behind the camera as Sergey and Roman seek comfort in the sea and theatre, where they get lost in the waves of their collective emotions, with one particular lustful exchange a poignant counterpoint to a younger Sergey drowning in insecurity that opens proceedings.

In trying to fulfil its genre’s essential obligations as the action takes to the skies, which inevitably heightens the emotional stakes. The questionable VFX does rob the film a small fraction of its potency, where perhaps the budget constraints do leave a couple of sequences resembling a flight simulator videogame back in the 1990s. Such instances are thankfully redeemed by its immaculate period production and costume design that is strikingly authentic, alongside its two handsome leads’ sizzling chemistry.

Through Sergey, Tom Prior’s transition from hesitant young private to assured performer is an outstanding example of how being immersed in art can aid how our most profound feelings are displayed. Bar a misstep where he repeatedly delivers a classic Hamlet line which is a little on-the-nose for his inner struggle, and it is a captivating turn. Constrained by his rank, Oleg Zagorodnii does beautiful work as Roman, whose clinical ways are simply a tool to protect Sergey and not tarnish his chances of a better life.

Closing with an emotional crescendo may evoke recent memories of Celine Sciamma’s Portrait Of A Lady On Fire. Boasting raw emotion and committed performances. Firebird soars to great heights.