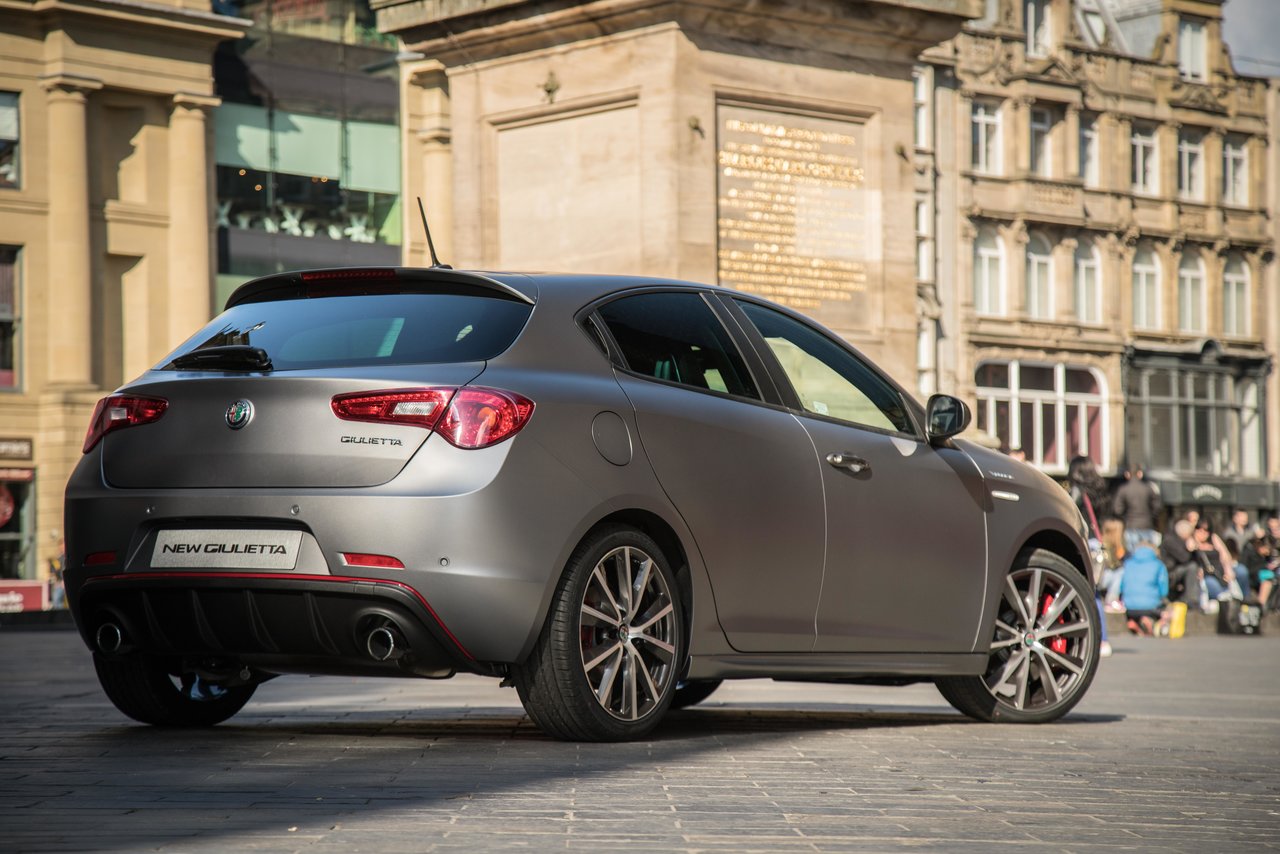 This past weekend we packed our cape and travelled down from Wales to the London Film and Comic Con at the Kensington Olympia.

The event sees fans of film, television and comics gather together across the huge exhibition halls, many dressed as their favourite characters, eager to meet the guests appearing for talks, photoshoots and signings. The best of the UK’s geek traders also attend the convention, offering everything from t-shirts to figurines, comic-books to swords.

This year, we at Movie Marker were lucky enough to team up with Alfa Romeo on their #FindYourPassion campaign, heading down to the event in a brand new Alfa Romeo Giulietta Veloce.

Travelling from Cardiff to London in the stunning Giulietta was a real pleasure, turning heads almost everywhere we went, even in the areas surrounding the Kensington Olympia where supercars are a frequent sight, the Giulietta’s distinct style meant it stood out from the crowds.

As you’ve probably guessed, our passion is film and pretty much everything to do with it. The convention is always a hive of activity where we’ve met some great film-fans in the past as well as recruited new writers! This year was no different – on display at the event we saw the costumes of the cast of Suicide Squad, currently in UK cinemas, while we also had a chance to speak with some of the events guests, which this year included Jeremy Renner (Avengers, Mission Impossible), Dolph Lundgren and Carl Weathers from the Rocky franchise. As well as Mads Mikkelsen (Hannibal, Quantum of Solace) and Kristian Nairn (Hodor, Game of Thrones)

Movie props are always a staple at this event and this year there was an array of vehicles on display. The Delorean, Batmobiles (yes more than one!) and even the infamous Dumb and Dumber van were drawing the crowds. It got us thinking, that the Alfa Romeo Giulietta we had travelled down in would not look out of place in a movie. 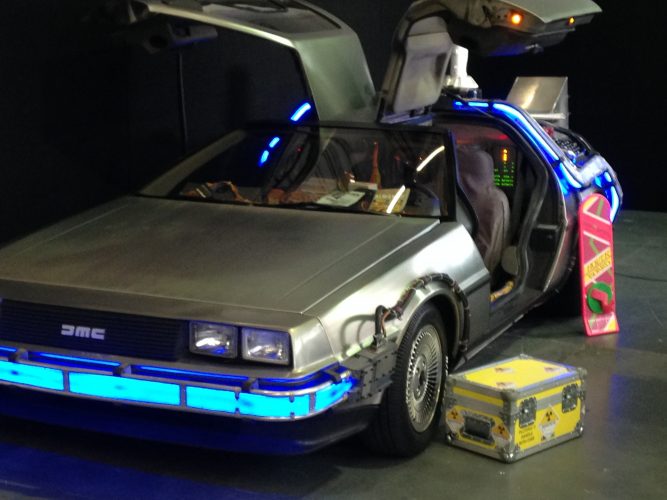 Unfortunately due to security reasons at the event we were unable to bring the vehicle close enough to the convention centre for photos with guests/cosplayers and so, we decided to take our passion to the road and visit areas we felt would make great locations for movies.

As we travelled around the city, views of London provided the perfect backdrop for the Giulietta. Our first stop was the beautiful surroundings of Kensington and Chelsea, reminding us of films such as Notting Hill and Love Actually with the long winding roads, embraced by huge trees of either side. 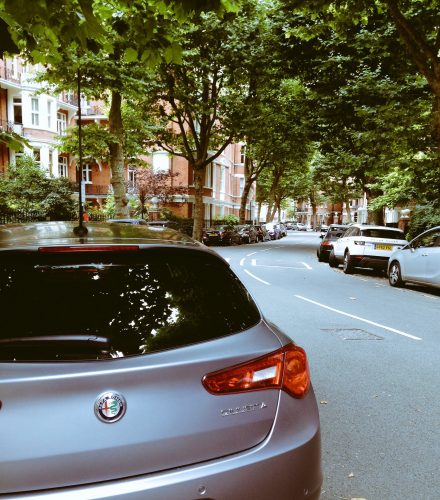 We then headed south to take in the plush surroundings of Wimbledon with Wimbledon Common behind us and the world famous tennis centre just in front, with the bustling city centre of London on the horizon. 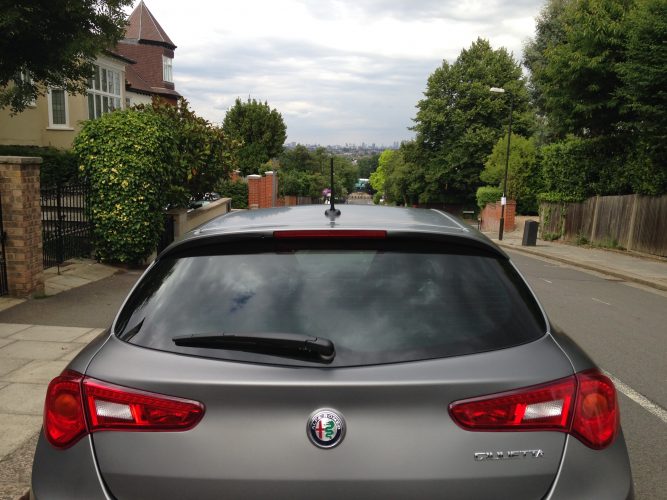 A little closer to home, we decided to swing by one of the most iconic landmarks in South England, the beautiful Clifton Suspension Bridge. Stopping here with the Giulietta, really did feel like a scene out of a movie, with the sun setting and the bridge in the background. 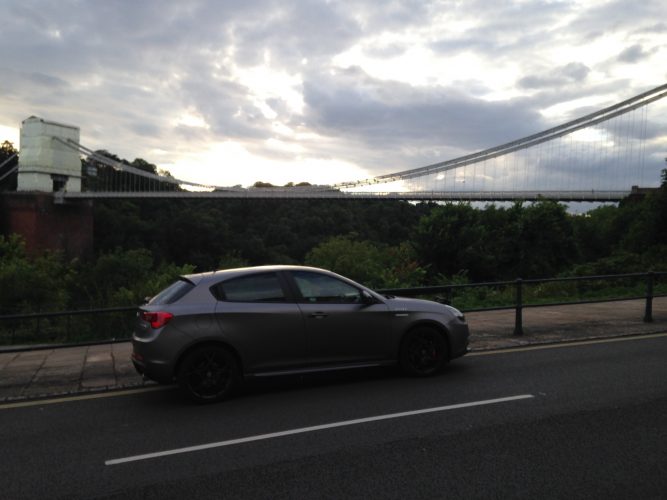 Finally we returned home to Wales, with the Giulietta sitting atop a hillside, looking out over the patchwork blanket of fields, farms and houses in South Wales. 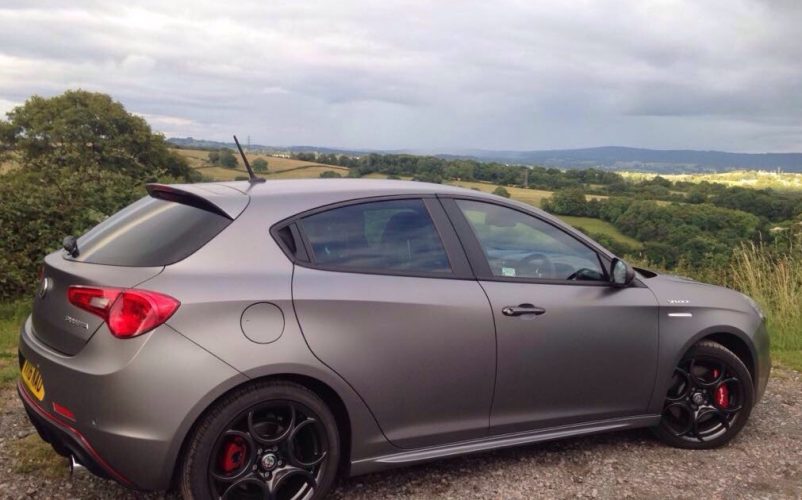 We’d love to hear what you think about the new Alfa Romeo Giulietta, but also we want to know what your passion is – get in touch with us in the comments below or via twitter using #FindYourPassion We’ll share the most interesting here and on twitter!

Related Topics:Alfa Romeo
Up Next