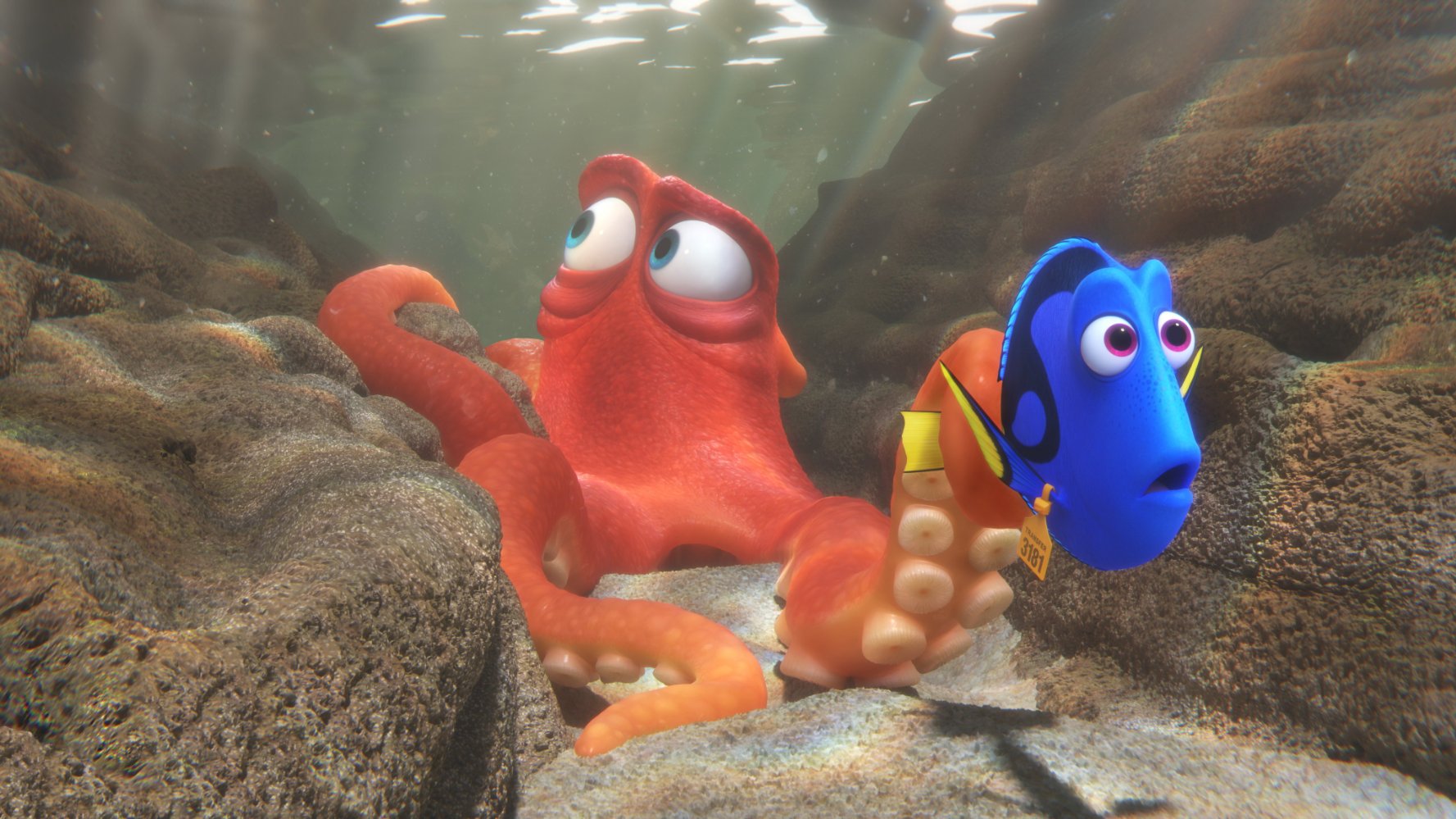 Whilst arguably being the most consistent studio in Hollywood, Pixar has still had something of a mixed relationship with sequels. Toy Story 2 and 3 completed what is perhaps the finest cinematic trilogy of all time the studio had mixed reviews for Monsters University and gave us its worst ever outing with Cars 2, so like many I was understandably cautious heading into Finding Dory.

It’s been 13 years since we first met Nemo, Dory, Marlin and the crew and the original movie has sunk its way into the popular consciousness perhaps more than any other Pixar movie to date. Finding Dory begins, after a brief prelude, one year after the events of the first film. Having helped Marlin and Nemo reunite Dory is a little lost for purpose when all of a sudden an event triggers her memory. She remembers that she was looking for her own parents before she bumped into Marlin and decides to begin her quest again, dragging her surrogate family along for the ride.

As with all Pixar sequels Dory succeeds in both bringing back to life characters we know and love and also expanding the universe which they inhabit. Finding Dory takes the characters out of the ocean once again- this time into a sea-life rehabilitation centre where they bump into all sorts of weird and wonderful sea-life. The most notable of these is Hank- an octopus (well, septopus) who helps Dory on her quest through the rehab centre.

Pixar have never been shy to challenge social taboos and deal with some serious adult issues in their movies and beneath all the sweetness here (of which there is plenty) there is a real message about the quest for longing and the struggles of life with a disability. Dory’s short term memory loss served mostly a comedic purpose in the original movie but here the illness is thoroughly explored and handled marvelously. Dory’s struggle becomes our struggle and through-out we learn to love the character even more than we already did. Sure the messages about belonging to a family and finding your place are somewhat formulaic for Pixar now but the formula works because of the excellent writing work that goes into these movies.  These are characters that are incredibly easy to fall in love with and characters whom we are rooting for from the opening shot to the last.

It goes without saying that the film also succeeds in making us laugh from start to finish. The weird and wonderful array of characters combined with the innovative landscape that has been created here provides a gag a minute and there is plenty here for both adults and children to enjoy.

Finding Dory is a return to the familiar for Pixar and whilst it may not be a sequel on the same level as the Toy Story ones, it is certainly up there with Pixar’s better works. On a scale of Cars 2 to Toy Story 3 you can slot this in just above Monster’s University.

Barbershop: The Next Cut