The iconic Swedish four-piece recently confirming they are set to release new music for the first time in 35 years, exciting fans across the world.

ABBA mania is also set to sweep cinemas aplenty this Summer with the release of sequel ‘Mamma Mia: Here We Go Again’.

This time around, we rewind to 1979 with Lily Collins’ younger version of Donna Sheridan (played by Meryl Streep in the first film), as we learn about her past and how she became acquainted with her trio of love interests Bill (Josh Dylan/Stellan Skarsgard), Harry (Hugh Skinner/Colin Firth) and Sam (Jeremy Irvine/Pierce Brosnan).

Boasting plenty of Cher’s Ruby as she jokes about her imminent grandmother tag. You can check out the final trailer here…

‘Mamma Mia: Here We Go Again’ is released in the UK on 20th July. 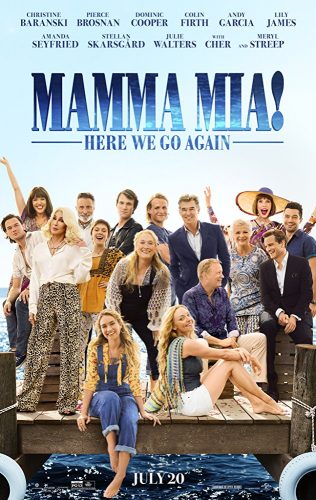