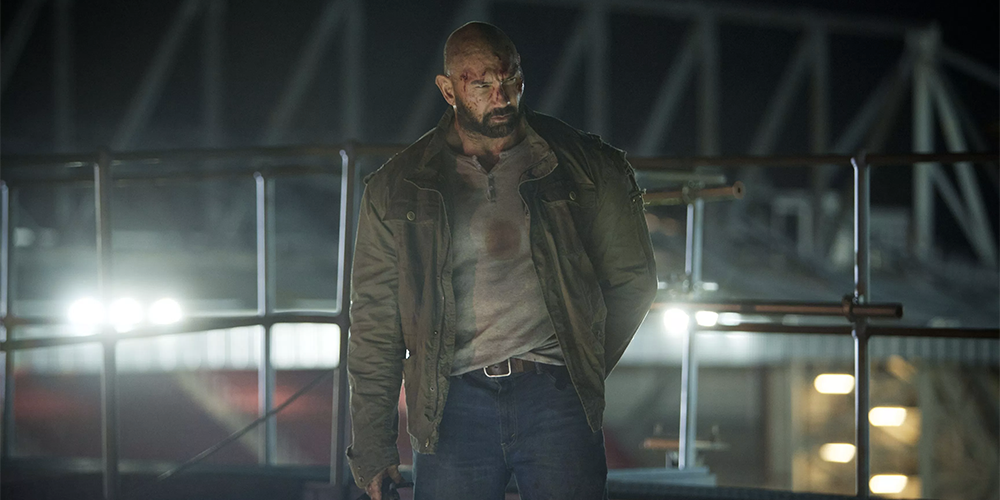 If you’ve ever surfed the wasteland that is the home platform-centric side of post-nineties action – that void off to the side of where the mainstream were being distracted by Bourne movies and Michael Bay – you might have caught the faint whiff of a particularly nasty little actioner back in 2009 by the name of The Tournament. Essentially a Playstation-plotted Contest of Champions romp, the tight-and-tidy beat ‘em up made director Scott Mann a fleeting name to watch out for; fleeting only because his rather forgettable sophomore effort, Heist – which starred Robert de Niro and Dave Bautista – came and went with none of the same fanfare. Now he’s back, and (to put it in genre terms)  he’s out to make Die Hard. Unfortunately, he’s landed closer to Sudden Death.

OK, that’s unfair. Call it two-thirds of the way between Sudden Death and Under Siege 2 (remember how that was subtitled Dark Territory? That got lost to history) with all the individual plot mechanics of Die Hard. Mann reunites with Bautistae, with the WWE-star-turned-surprisingly-loveable-actor starring, of course, as Navy SEAL Uncle Mike,   who’s suffering from one of those failed missions that’s left him minus his best friend, but plus a fallen bro’s widow and daughter, who he visits in London on a regular basis.

Uncle Mike’s  ‘niece’ is one of those fun Kim Bauer types who seem sharp as a tack in conversation, but then merrily wander into danger at the most inconvenient moments. She’s probably the wrong person for Uncle Mike to take to see West Ham play on a regular day, let alone one on which there happens to be a group of terrorists stealthily laying siege to the grounds in search of an amnesty-exiled former warlord. There’s a frankly hilarious pandemic-style simulation displaying “Projected Civil Unrest” if the terrorists get ahold of their quarry, but it mostly just plays like the whole General Radek element of Air Force One, without the sense of dread. 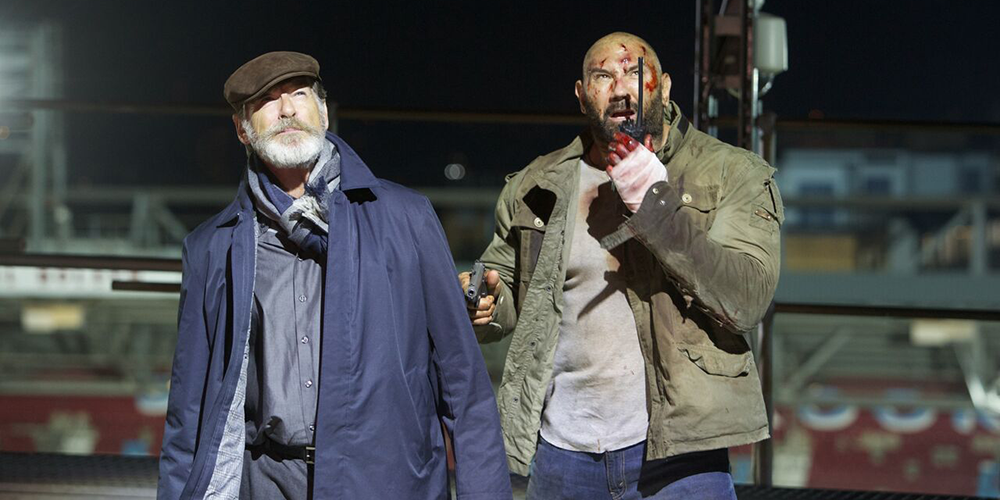 The intentions behind Final Score appear to have been, in their entirety: “they’re demolishing West Ham, let’s make Die Hard there”, but even there this rather overlong and startlingly uninteresting effort falls vastly far off the mark. Bautista is back on WWE Studios autopilot (we all ironically like 12 Rounds, calm down), and nobody else involved seems in the faintest bit interested in being there either. To pick far from the lowest hanging fruit, Pierce Brosnan – star of I.T. – has never been so visibly bored, and, in a movie featuring such wince-inducing penmanship as “why did my dad have to do it? Die…” it’s hard to begrudge him the right.

Meanwhile, a bevy of genre clichés litter a pretty uneventful go around the action wheel, featuring stops to pick up everything from Token Hot Girl Terrorist: Kink Edition to a panicky Argyle-like sidekick  that the script (boasting the talents of no fewer than three writers) uses entirely for the purposes of eyebrow-raising racially-driven humour.

As far as the laugh factor goes, it’s here that Final Score actually gets one in the net, though  that depends on how alluring you find it to mock a feature this unironically silly. On that front, it’s no Geostorm, by any means – it’s not even a Gamer, certainly no Shoot ‘Em Up – but there are arguably enough mechanically-derived set pieces and plot beats in there to appease the baser wants of genre die-hards (sic). The final score’s not a great one, but if you’re game for Sudden Death all over again, it’ll scrape through for you on penalties.