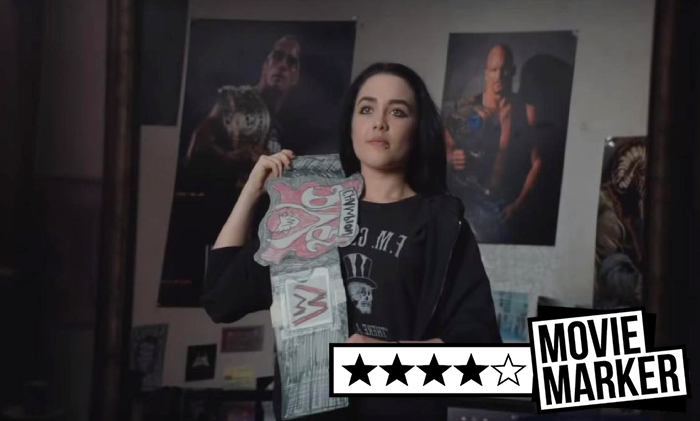 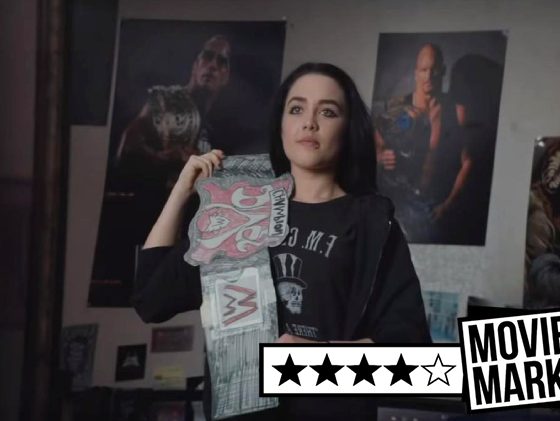 A film about much more than wrestling. Florence Pugh shines in Stephen Merchant’s touching story of familial bonds.

Any one person could name several films centred around sports such as football, baseball, and boxing, but Stephen Merchant’s Fighting with My Family showcases a sport that is rarely seen on film: wrestling. Not just wrestling, but WWE. With a box office weekend filled with the final film of a beloved series about dragons, the latest sci-fi blockbuster, and the sequel to an epic Lego movie, one about wrestling is probably the last choice for someone who either doesn’t like sports or has never watched or cared about WWE. But Fighting with My Family is about so much more than just that.

First and foremost, as the title plainly suggests, the film is about family. The true story of an English family of professional wrestlers. It’s as good of a family drama as any, as we see this dynamic tested to their limits when the youngest, Saraya, is chosen to compete to be in the WWE. Having watched their parents wrestle all their lives, and form their own league, both Saraya and her brother Zak have been competing in wrestling world from a very young age. Both have photographs holding their own homemade WWE championship belts. So when Zak and Saraya try out for the famed U.S. wrestling phenomenon, and only Saraya gets chosen, it tears their relationship apart and shows that, while this is primarily a film about living your dreams, it also shows what happens when those dreams are shattered. With the added lesson that you can either let that failure destroy you, or move on and still be able to accomplish greatness and be seen as important to people. Zak’s inner struggle is portrayed with such rawness by Jack Lowden, whose pain can be felt through the simplest of expression when he’s sullen to his rage when he loses control.

The heart of the film and the narrative’s main conflict lies with Saraya and her journey to becoming the professional wrestler known as Paige. It’s clear from the get-go that Paige doesn’t fit into the traditional mould of a WWE “Diva”. The other girls trying out with her are tall, thin, ex-supermodels and cheerleaders. And like what most girls go through, Paige feels the pressure to fit in. So at a certain point in the film, she trades in her black hair for blonde locks and black wardrobe for more “girly” tones. And while this may fit with the misconception that WWE is a group of people playing characters and throwing each other around, Paige comes to the realisation that she doesn’t need to be fake or someone different. She can just be that “freak” from Norwich.

While Fighting with My Family may seem like an underdog story, it’s not. While, yes, the opportunities that Paige had are unlikely to happen to many middle-class people from a place that Americans can’t properly pronounce. However, there isn’t a moment in this film where Paige is seen or being portrayed as someone who had little chance of making it. Opportunity after opportunity came to her. When she was called to try out for the WWE, she did so as the only girl in a group of men, who would typically be seen as the more likely candidates due to their physical fitness. But Paige is smart and tactical, which easily makes her the best. She doesn’t have to prove her worthiness, as it is felt by everyone around her. Vince Vaughn’s Hutch Morgan who chose Paige at her first tryout and coaches her through the training that follows, states that she just has that something; she has that spark that no one else has. Even the girls she trains alongside can feel it, which is shown through their initial attitude towards Paige. She knows more about the sport than any of the women she is pitted against because wrestling is in her blood. And even when she doubts her capabilities, she always goes harder and further.

The films strong suit lies with its characters, as technically it’s simply serviceable, and narratively has many inaccuracies that can easily be picked out if you scroll through Paige’s Wikipedia. But what Fighting with My Family does perfectly, is dispel the myth that wrestling is nothing but a choreographed dance. It’s a tough, physically demanding sport, which is proven with just how hardcore Paige’s training is. It’s an incredibly empowering film that allows women to be the stars of a story about a sport that is predominantly male, and whose male stars get more attention by the mainstream. It’s also a touching story of familial bonds, with Nick Frost and Lena Headey rounding out the family as the comedic and lovable mother-father duo. While Dwayne “The Rock” Johnson does make an appearance, Paige is the real superstar of the story, while Florence Pugh is the superstar of the film. She embodies this character flawlessly, to the point where you forget that she’s not actually Paige and when she finally hoists up the belt she always dreamed of winning, she’ll have you cheering in your seat.

Sara Clements is a journalism student and film writer based in Canada.