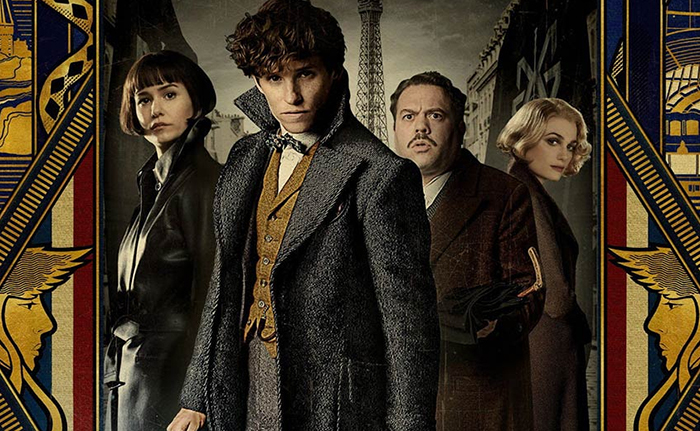 The return of Newt Scamander had a magical time at the box office this weekend, as Fantastic Beasts: The Crimes of Grindelwald took in a stupendous $253 million during its three-day debut.

The prequel-sequel to 2016’s Fantastic Beasts and Where to Find Them, which adds Jude Law to its cast as a young Albus Dumbledore (the beloved character previously portrayed by Richard Harris and Michael Gambon), drew in a solid $62 million domestic. The figure is below its predecessor, which opened to $74 million, but is only slightly below industry predictions (which foretold a $65-$75 million opening).

The Crimes of Grindelwald made up that slack internationally, however, with a worldwide cume of $191 million. All told, a $253 million opening is just about right on the money for insider estimates, but those celebrations could be short-lived. Poor word-of-mouth is already hurting the film’s box office chances, and the feature still has a fair way to go to break even (despite a budget of $200 million, the flick has also had a costly and ubiquitous marketing campaign that will have undoubtedly widened Warner Bros.’ margin for profitability).

WB will clearly be hoping to see the Potter prequel demonstrate similar legs to its franchise-starter, which ended its global theatrical run with a commendable $814 million, but it’s certainly up against it following press reactions. Now, a film receiving a critical drubbing is by no means a death knell in this day and age, especially in a year in which Sony’s Venom is nearing $800 million worldwide on a budget of $100 million. That film currently sits at a miserable 29% on Rotten Tomatoes, and a 35 MetaScore – compared to Grindelwald’s less-apocalyptic 40% and 53 MetaScore, respectively – but Fantastic Beasts is still certainly facing an uphill struggle.

Fantastic Beasts: The Crimes of Grindelwald is in UK cinemas now, rated 12A.