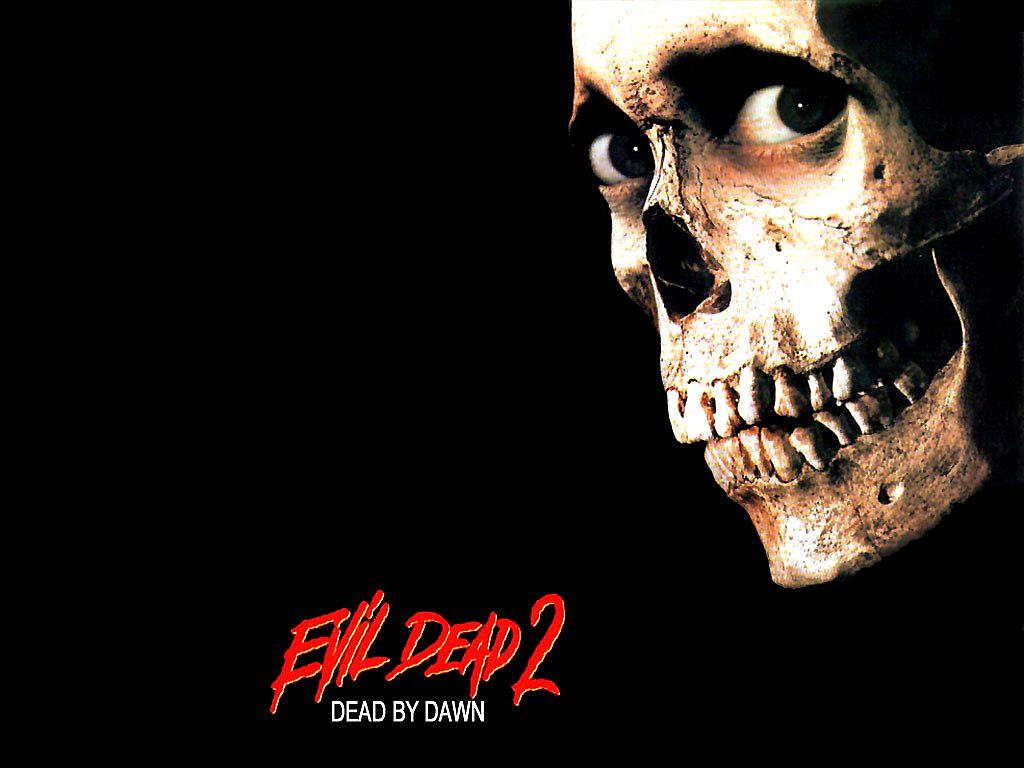 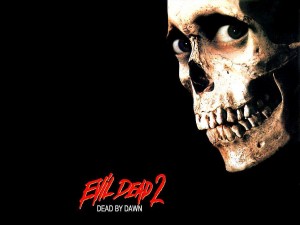 There’s no beating around the bush; Evil Dead II, Sam Raimi’s 1987 film, is a masterpiece of horror filmmaking. The sequel to The Evil Dead, it contains excessive amounts of gore and truly startling imagery, alongside several gags.

Beginning with a standard horror set-up – boy takes girlfriend on a romantic getaway to remote cabin in the woods – the film soon becomes more than just the average scary movie. Instead, it transforms into a film that works on two different levels, as both a satire of the genre and a love letter to its fans. Described by the late film critic Roger Ebert as a “comedy disguised as a blood-soaked shock-a-rama”, Evil Dead II is one of the finest horror films ever made.

Amongst the film’s many strengths is its portrayal of its lead character Ash Williams, played by the magnificent Bruce Campbell. He provides much of the laughs within the film, on account of his epic line delivery and slapstick mannerisms. He is also impressive in his role as a horror lead, showing an infallibility that plays against the other characters in the film.

These other characters appear expendable because of their loose characterization, though this is arguably an intentional move on behalf of director Sam Raimi. They are merely there to fulfill their function within the film’s narrative: to drive the plot along whilst acting as a comic foil for the main protagonist Ash.

Another highlight is the film’s special effects. Evil Dead II is made using entirely traditional methods, and it shows. The use of costume, makeup and stop motion help to add a tangible weight to the film, which is lacking in many contemporary horror pictures. This is demonstrated within the film by the reanimation of Henrietta Knowby. Sam Raimi and his crew utilized traditional methods to create this terrifying on screen presence, using only prosthetics, costume design, and stop motion.

The film, as well as being a horror flick, is also incredibly successful as a satire of the horror genre. This can be noted by its self-referential nature, and the strands of comedy found throughout. Within the film there is tons of Easter eggs and clever little nods to the genre. One of these can be found within the shed scene where Freddy Krueger’s clawed glove can be discovered hiding in the background of a shot.

The comedy within the film is often manic in its style, in a way similar to The Three Stooges or a Looney Tunes cartoon. This is unsurprising considering its writers were fans of both shows whilst in the midst of creating the film.

This was the film that launched Sam Raimi to the spotlight, and it’s easy to see why. Evil Dead II is a classic of both the horror and comedy genre. It also perfects the style of filmmaking he would later return to with ‘Army of Darkness’, and the more recent ‘Drag Me To Hell’.

The Lords Of Salem