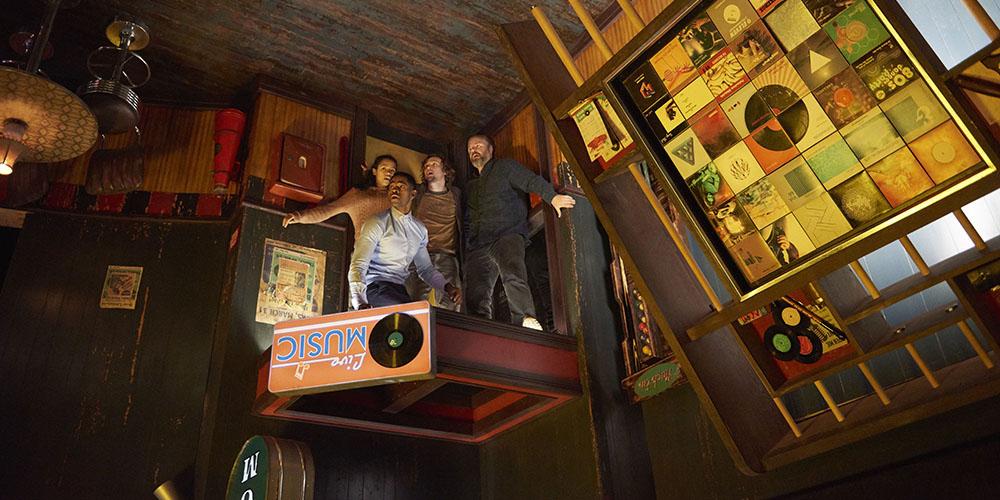 Though I haven’t seen Vincenzo Natali’s 1997 film, Cube, I have seen about thirty-two Saw movies and, in all honesty, could take or leave a PG-13 version of those movies that decided to utilize that same premise while also capitalizing on the recent fad of going with your friends to an “escape room” and seeing if you can figure out the clues in enough time to, well…escape. It’s a nice little riff writer/director Adam Robitel (Insidious: The Last Key) has come up with, sure, but he’s essentially re-contextualized that aforementioned Natali picture for modern audiences as the synopsis for Cube is surprisingly accurate for Robitel’s Escape Room. “Six complete strangers of widely varying personality types are involuntarily placed in an endless maze containing deadly traps.” Change that “involuntarily” to “voluntarily” and you have yourself a whole new movie.
Despite the glaring similarities between itself and a number of other subgenre peers though, Escape Room still manages to make itself feel fresh in ways that emphasize the journey rather than leave it all up to the destination. Escape Room doesn’t necessarily improve upon any of these well-worn tropes, but it isn’t a completely wasteful take on the premise either; it doesn’t re-invent the wheel, but it re-designs it to the extent a wheel can be re-designed. 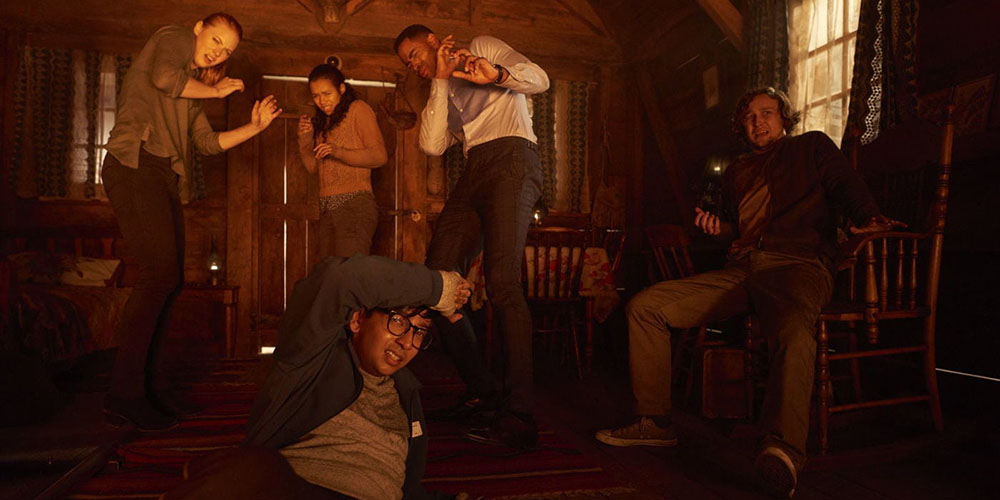 Our core group of strangers is made up of the reclusive, but savant-like college student Zoey (Lost in Space‘s Taylor Russell), the cocky corporate suit Jason (Jay Ellis), the guy who probably dropped out of high school and now can’t even catch a break bagging groceries, Ben (Logan Miller of Love, Simon), the no-nonsense, but mysterious Amanda (Daredevil‘s Deborah Ann Woll), the escape room-obsessed Danny (Atypical‘s Nik Dodani), and the ineffable yet highly underrated Tyler Labine (Tucker and Dale vs Evil) as Mike-the old guy of the group who’s just excited to be doing something other than driving his eighteen-wheeler for a change.

These six people are each presented with mystery boxes goading them into a game put on by what is supposed to be a new, higher-level experience of escape room than typically presented to the average consumer with the prize for the person who wins is a sweet little stash of cash valued at $10,000. The movie wastes no time setting-up who these characters are or what their motivations might be for getting involved in what is obviously a shady bit of dealing. Sure, none of them are counting on walking into a murder maze house, but when you get an inexplicable mystery box that promises you a cash reward that is reason enough to be suspicious in this day and age. Here’s the thing though, once the movie actually gets its players into the first room and begins testing their wits and limits it’s easy to let go of all the extraneous information and logic leaps and instead allow yourself to simply be swept up in the reality show-vibe of it all as the puzzles and circumstances the characters have to find their way out remain both intriguing and fresh enough to simultaneously hold your interest while fending off any critical inquiries. 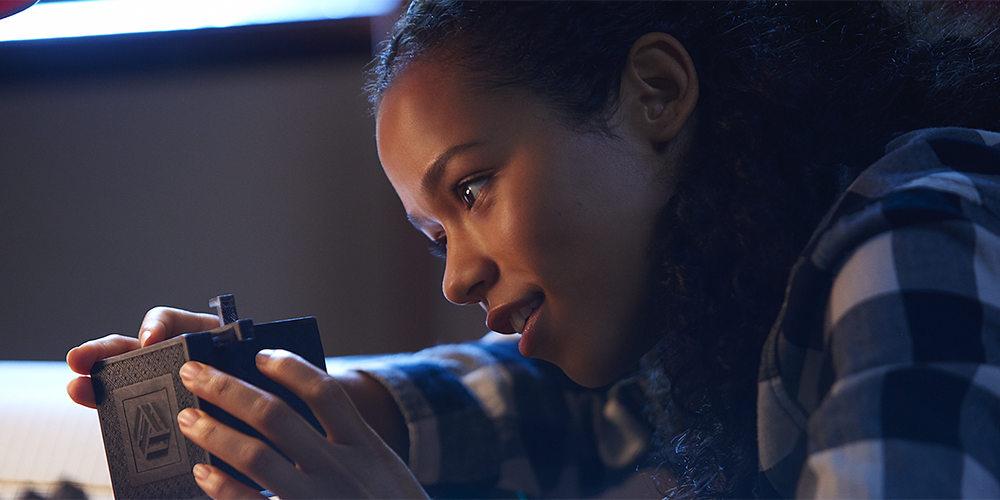 Per the titular confined areas each are all slickly designed and intended to elicit instinctual reactions from the charming ensemble as not only do they come to figure out their wits are what’s needed to help them escape, but so is the collective history of the individuals present. The past of each individual brought into play informing their odds of getting out might be an obvious trope given it will of course ultimately lead to a connective strand between each so as to help define why they specifically were selected, but regardless-it’s always fun to try and piece together what you, the viewer, believes the connection might be with the answer rarely proving to be disappointing even if it’s not what one initially thought it to be. Furthermore, the inventiveness of each of the rooms our core group of characters are placed in is alarmingly shocking given the timing of release and genre, but writer/director Robitel has crafted what is more a thriller than a gore-fest of a Saw ripoff where the characters are being threatened with more imminent pain if not ultimately death whereas something like Saw, due to its R-rating of course, was more in your face about how violent the traps were and how gruesome the deaths would be.

Working within the PG-13 range though, Robitel has been forced to come up with if not necessarily more complex puzzles, ones that at least tend to rely more on the actual function and how it might elude those attempting to uncover the necessary clues rather than only the design of a trap that will allow it to ultimately kill someone. The first room, as is seen in the trailers, is essentially a large oven whereas the second is a log cabin that, when the players do finally escape said room, are in fact led outside, but not in the fashion they might have hoped for. Maybe the most impressive room featured in the film though is a pool hall, with a fully stocked bar and billiards table, with the twist being that it is upside down and DOES NOT come with a singing Meryl Streep. There are features within each of the rooms that would be cruel to disclose here, but suffice to say each features enough twists that things never feel routine, but are rather fresh in their execution so as to keep the audience convinced all they need from this movie is the same scenario repeated over and over with different, more creative, and more twisted conditions. 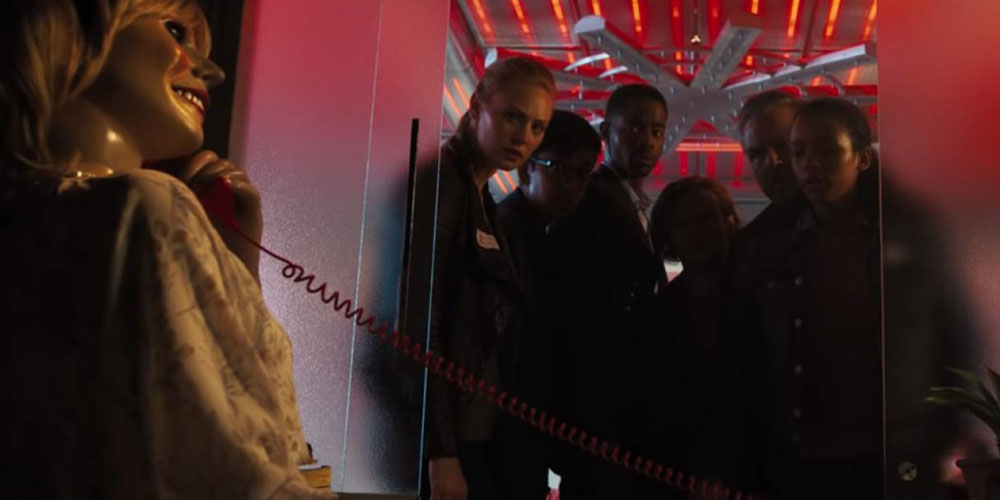 Where Escape Room meets its greatest challenge given it is technically a horror film and therefore makes its greatest mistake is in coming to its conclusion. The problem being-Escape Room has about two endings too many with an actual ending that feels like a prologue or post-credits scene of some sort that the studio didn’t trust the audience would sit around and wait on to see. One could get up and walk out of the film ten minutes prior to the credits beginning to roll and they would undoubtedly have a more positive reaction to the film than they would had they remained in their seats and still felt as if they’d seen a complete story with an ambiguous enough ending that they could probably cobble together their own theory that would be infinitely better than the one Escape Room then tacks onto itself.
Major complaint aside though, the horror genre has always been bad about attempting to set-up sequels in the final moments of the film and while Escape Room takes this to the next level dedicating not only moments, but several scenes and several unnecessary minutes, there is some merit to the idea of this film as the beginning of a franchise. Honestly, I wouldn’t be mad if every January for the next six Januarys audiences were treated to a new group of folks coming together to figure out puzzles and how their pasts are similar only to have Russell’s Zoey (oh, come on – you knew from the marketing she’d be the final girl) return at random times to remind you this is in fact a single universe and the mythology is richer than you remember it being if not as rich as the studio heads would like to imagine it is themselves. I’d be down for that simply because I’d rather watch a movie that knows its formula, but knows how to execute that formula effectively, rather than a movie trying to ape a known trend for little more than profit. Here’s looking at you, The Devil Inside.
Related Topics:Adam RobitelDeborah Ann WollEscape RoomJay EllisLogan MillerNik DodaniReviewTaylor RussellTyler LabineYorick Wageningen
Up Next