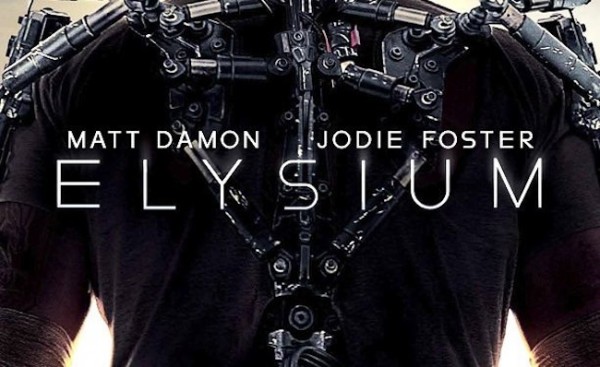 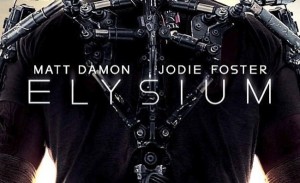 After the success of District 9, advert-maker turned filmmaker Neill Blomkamp is back with sci-fi action thriller ‘Elysium’, starring Matt Damon and Jodie Foster. Set over a century in the future, or 2154 to be precise, Earth is a diseased and overpopulated wasteland. The rich and fabulous have upped and left to a new planet which resembles a halo in the sky called Elysium with strict regulations and a med bay in every beautiful home, healing inhabitants of any illness or injury. Max Da Costa (Damon) is a former car thief gone straight working in a droid manufacturing plant within the ruins of Los Angeles. After an industrial accident exposes him to a lethal dose of radiation, leaving him with just five days to live, he is forced to come up with a plan of action to reach Elysium to cure himself, bringing him up against the severe Elysian Secretary of Defence, Jessica Delacourt (Foster) who will stop at nothing to prevent this.

Although set in a science fiction environment, it can be argued that Elysium represents an exaggeration of the state of the world in the present day, highlighting the class system and the gaping divides between the lifestyles of the rich and poor. Director Blomkamp has spoken about this viewpoint, stating that the film is less of a prediction of the future and more an ‘allegory about wealth discrepancy’. It is refreshing to see a cinematic tackle on such current issues, and it has been done exceptionally by a relatively inexperienced filmmaker. To explore an idea in a unique way, building from a strong opening and developing the plot impressively, there is a lot to admire here and the fight sequences towards the end are colossal, particularly between Max and Delacourt’s sadistic mercenary Kruger, who is an effective villain, brilliantly portrayed by Sharlto Copley who starred in the aforementioned District 9. His wicked exterior and thick South African accent make him one of the most watchable baddies of the year so far. The commercial background is clear in the striking aesthetics of the picture, taking notable influence from previous sci-fi blockbusters, Damon appearing a cool but twisted modern interpretation of Terminator after being fitted with a body brace known as an exoskeleton to increase his strength. With so much focus towards the visuals, which are worthy of seeing on the big screen, the script falters a little with the dialogue coming across stilted occasionally, though this is a minor criticism within so many positives.

Matt Damon is sublime in the lead role, and has won me over with what I would boldly claim is one of the best performances of his career. I was yet to be convinced of his star quality, putting his Bourne trilogy down as a poor mans Bond, and I remain unmoved by the majority of his work. I’ve never quite been able to root for him until now, and surprisingly found myself on the edge of my seat, egging him on in the final showdown as if it was a Rocky Balboa bout. His everyman attitude worked perfectly for the role, and the relationship with childhood friend Frey (Alice Braga) was touching and believable. Jodie Foster has a return to form as the cold power hungry Delacourt, a role that feels as though it could have been written for Foster’s ice queen demeanour. I should mention Wagner Moura who is an exciting presence as gangster hacker Spider who tries to illegally smuggle people from Earth up to the haven of immortality, and who Max looks to for help in his time of need. William Fichtner and Diego Luna also make an impact in their smaller supporting roles.

In bringing his bold theories to the big screen in exceptional fashion, could Blomkamp be an auteur in the making? He certainly has an eye for design as the picture is magnificently pleasing on the eye, and he appears to know how to get the best out of his stars. Whether that is due to enforcing his vision or letting them get on with it, I am not so sure but either way he has managed to create a Matt Damon character that I got on board with so I am grateful for that if nothing else. With stunning CGI, an interesting premise and a menacing villain on top, ‘Elysium’ is without a doubt my blockbuster of the summer.

The Way, Way Back