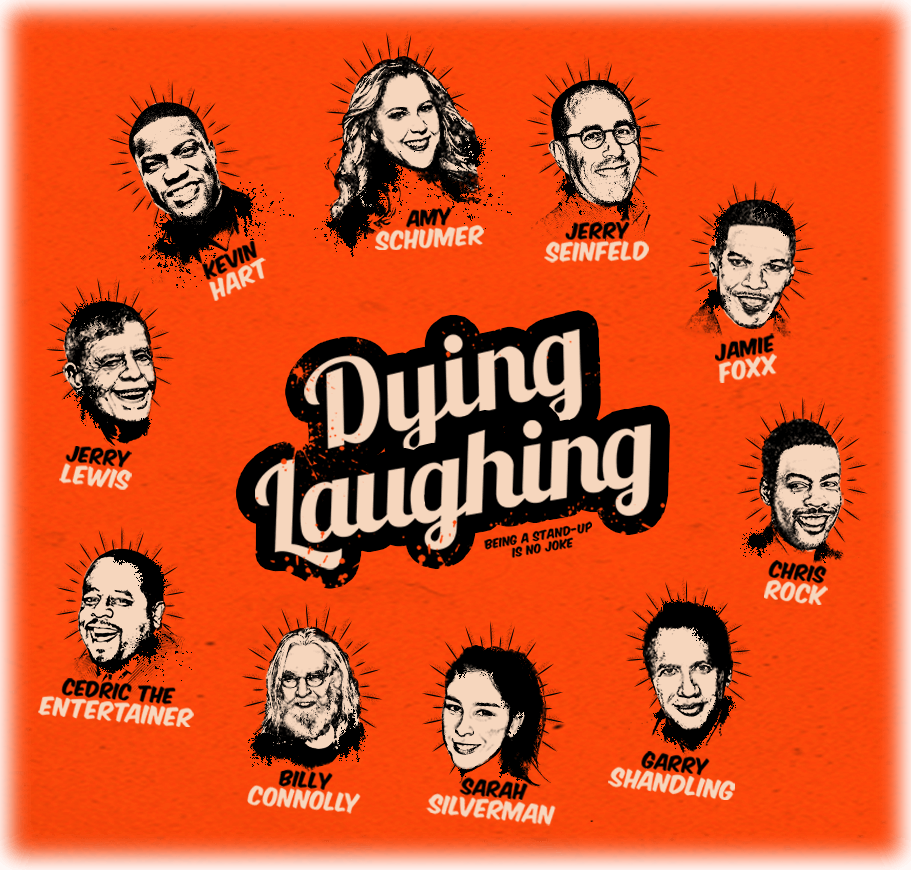 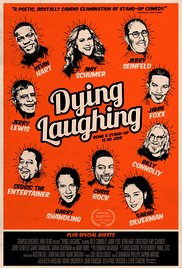 Stand-up comedy can be a distinctly unfunny business, as the documentary Dying Laughing, by British directors Lloyd Stanton and Paul Toogood, might attest.

Stanton and Toogood have managed to assemble a very diverse group of comedians to recall their experiences – British and American, male and female, white and black, Latino, straight, gay; all have stories which relate specifically to their identities. The documentary boasts a vast array of talent, from acknowledged successes like Jerry Seinfeld and Billy Connolly, to relative newcomers like Amy Schumer and Grant Cotter.

Stanton and Toogood probe their subjects on a range of topics which reveal the unglamorous reality of professional comedy, where lonely hotel rooms, mismanagement, hostile crowds, sexism, racism and ageism breed loneliness, insecurity, and, in some cases, alcohol and substance abuse.

There a cliché about how ‘clowns’ are often the saddest of people, but suicides, most recently of Robin Williams, a multiple award winner, with worldwide fame and fans in and out of the business, again brought the notion to the forefront. A film like Dying Laughing is timely, focusing as it does on the hardship, alienation and misery of choosing a life devoted to making people laugh.

One of the documentary’s more fascinating insights is its exploration of the relationship between comedian and audience. Another cliché is that people who want to perform on stage are attention seekers, yet many of these stand-ups describe their approach to the audience as being defined by an underlying antagonism. Jerry Seinfeld explains that he is not seeking the audience’s approval per se, but rather their submission.

There is much discussion about what it means to be a comedian and about perceptions regarding the nature of comedy. We learn from all of the interview subjects, that the trick in performing comedy, like most performance art, is to make it look easier than it actually is.

The initial task of the comedian is merely to make an audience feel that they are worth listening to, and the various methods used to achieve that end prove enlightening. Much of the comic’s techniques are a mix of basic psychology, instinct, and hard-won experience.

There is usually not much in the way of real spontaneity, however it might appear, (as Eddie Izzard can confirm) and one of the most interesting stretches of the film deals with hecklers, and how these various talents choose to deal with those loudmouths intent on disrupting the flow of their act and the attention of the audience.

Another section deals with the comedians’ first experience of being in front of an audience. A surprising number of them admit that their first set had them totally losing self-control and degenerating into babbling or even blacking out. There are inevitably tales of drying up and dying onstage. Yet they were compelled to go back and do it again. All agree (including Gary Shandling, to whom the film is dedicated) that if you’re not able to come back from a profoundly humiliating experience, then then this career is not for you.

They insist, however, that these events, although painful, are also essential to the learning process.  As Joan Rivers said, “It doesn’t get easier, you get better”. Being a good comedian is as much about the ability to bounce back from failure as it is about having the determination to succeed.

Dying Laughing, although populated mostly by talking heads, does manage to be decent cinema. Stanton and Toogood present the interviews in black and white, while the additional footage of comedy clubs, cities and rural byways is in colour. Paired with specific, minimal sound design, this creates a unifying sense of narrative.

The film is not a ‘how-to guide’ to becoming a comedian; these comics are speaking from personal experience and dispensing with rose-tinted glasses. If there is a thesis, it is that comedy is a difficult and demanding business which can take its toll emotionally and psychologically, and if, as Shandling affirms, you don’t feel a “calling” for it, it’s absolutely not worth doing.

However, the film is not a depressing experience – these people are mostly success stories – they happen to be some of the best and funniest in their field. They may be talking about painful trials and tribulations they went through, but they learned lessons along the way. It is impossible for them to talk for an amount of time and not insert some amusing anecdotes and jokes.

These subjects are apparently acutely aware of the weird, individualistic, unique nature of their job, and although one should not expect Dying Laughing to be a ‘start to finish laugh riot’, it can certainly be viewed as a very black comedy.

Related Topics:comedyDocumentaryDying Laughing
Up Next