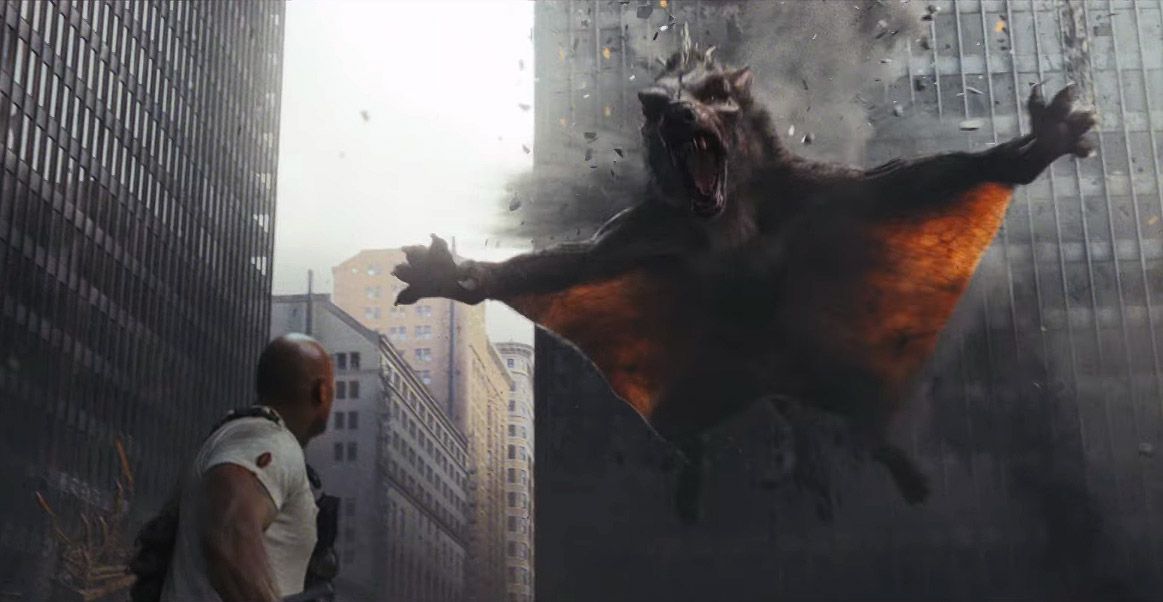 With the highly successful reboot of ‘Jumanji: Welcome To The Jungle’ gunning for the $1 billion mark at the worldwide box office. Star Dwayne Johnson is already looking to conquer this Summer, leading Rawson Marshall Thurber’s Skyscraper and this big-screen videogame adaptation of ‘Rampage’.

Today Warner Bros have released an action-packed new trailer for the film, which digs deeper into the bond shared by Johnson’s primatologist Davis and the silverback gorilla George, as the latter becomes the victim of a rogue genetic experiment.

Whilst we’re not completely sold on the CGI yet, this is shaping up to be ludicrous fun as various monsters wreak havoc, including a quick quip about flying wolves.