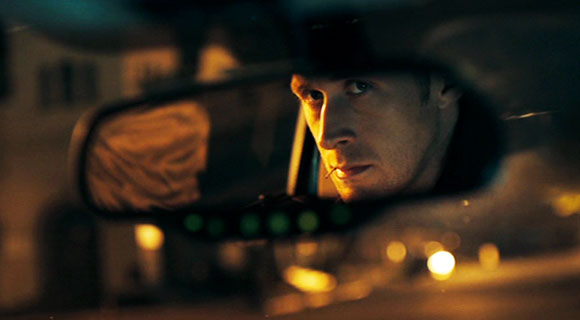 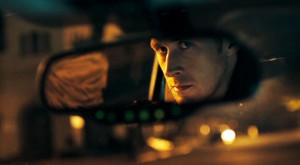 The notion of ‘hero’. Within such cinematic confines, the inhabitants of our modern world would instantly pin the metaphorical ‘badge’ on various Marvel and DC ‘commodities’, as we pine over the grandiose spectacle of such displays.

On its neon-tinted surface, my particular choice for dissection may perplex. 2011’s ‘Drive’ directed by Nicolas Winding Refn was a beautifully blood-soaked ride, peppered with the hyper-realised violence that often graces the director’s striking body of work, set to a pulsating electronic score very much in top gear. The film that set the wheels in motion for a compelling double act (Only God Forgives their polarising follow-up), Gosling along with his directorial partner-in-crime have often stated the film owes a debt to the visual stylistics of such fantastical/fairy-tale like fare. With the key in ignition.. how does Ryan Gosling’s protagonist fit into such an archetype? What ‘drives’ the Driver?

Social outcast. The scorpion symbol. From the outset, Gosling’s ‘Driver’ fits into classic comic book traits whilst immersed in his distinctly urban setting of LA. ‘There’s 100,000 streets in this city. You don’t need to know the route.’ Wearing a jacket many clamour for as he provides a merciful five minute window/service for criminals to be ‘escorted’ out of the police’s reach. Keeping tabs on the authority’s movements yet establishing a cut-off point, to the murky underbelly he is considered as their unorthodox ‘white knight’ whom watches over the city. Refn often panning the camera upwards to catch an imposing glimpse, the Scorpion to the Driver is what the Spider is to Peter Parker. The Bat to Bruce Wayne. It’s that incorruptible symbol of hope, no matter how great the responsibility.

Away from its comicbook-esque tendencies, the scorpion often ties into the folklore of the Western. Many old-school genre entries have toyed with their symbolism and the element of heightened violence, traits often associated with Refn’s distinct auteur style. Here, The Driver can easily be interpreted as an unconventional modern maverick, that are so often the vocal point of such beloved bygone works.

Refn’s minimalist approach compared to fellow pedal to the metal films engulfs the brooding, steely-eyed nature of its protagonist, with a lack of official name and verbal interaction as he ‘wanders’ the streets, befitting of a stereotypical cowboy. From the simplicity of the visual motif that is a toothpick to the immaculate composition of its gripping opening sequences, as The Driver ‘stands off’ with a police car that can be interpreted as Refn’s nod to the memorable shootouts that graced many a Sergio Leone classic, the influence is sly yet sophisticated.

The honourable aspect of his character trajectory, stems from his beautifully played relationship with Carey Mulligan’s Irene. Away from the glorified risk of his day job of being a stuntman, this is the grounded plot thread that attempts to defy his loner persona yet define his unlikely hero. If Bryan Cranston’s Shannon in his first encounter with Irene praising his ‘qualities’ accentuates the lack of definitive backstory, it’s the sun-kissed, shy sensitivity of the Driver’s early exchanges with Irene and her son Benicio (Kaden Leos) that emphasises his long-term loneliness. Yet his eagerness to protect shines through, with a mid shot of The Driver with his scorpion jacket draped across her son as he carries him back to their apartment a prime example.

Developing a fondness, The Driver and Irene may share an exquisitely captured slow-motion kiss in an elevator, yet this is the antagonist that destroys the illusion of a ‘fairy-tale ending’. The chilling head-crushing horror of the preceding act, as he leaves a lasting impression on one of Bernie Rose’s (Albert Brooks) suited slime ball henchmen. An initially admirable attempt to assist Benicio’s fresh out of prison father Standard played by Oscar Isaac plants the seeds, as his sudden ‘death by pawn shop robbery’ banishes any hope of a second chance with Irene, a life objective appreciated by The Driver setting him apart from the barrage of petty thiefs he has encountered. Irene’s dismay at witnessing him in such an unpredictably grim light signals to The Driver, the sacrifice he must make without betraying his own code.

Dealing with the inner trauma of being emotionally stripped bare, it helps to incorporate the film’s fantastical element once more. A brutal yet beautifully orchestrated ‘resolution’ involving Ron Perlman’s Nino, sees The Driver channel his superhuman ‘stuntman’ persona donning a silicone mask to dispose of the lingering threats and hide his true identity.

With only Bernie Rose remaining, the film resorts to a direct mention of a classic fable story entitled ‘The Scorpion and The Frog’. Its narrative only draws comparisons with Refn’s effort, boiling down to a frog fearful of being stung by a scorpion as they make a trip across the river, with the inevitable sting dooming them both. On screen, our frog Nino’s drowning at the hands of The Driver sees the sting of no future with Irene manifest, clearing the path for the ‘culmination’ with Bernie. Assured of Irene and Benicio’s safety in exchange for the money Bernie craves, it’s apparent no such guarantee will be made for The Driver, inevitably leading to an intense ‘stab-out’.

Lying motionless for a prolonged period with his head and neck saturating the car seat, the finale does boast an ambiguous and dream-like undertones. The delayed ‘blink’ of the eyes prompting a fond memory of his ‘staring contest’ with Benicio in the garage, yet leaving us as an audience pondering his survival despite ‘driving off’ into the night. However, we are left in little doubt in what is the driving force behind his actions. For all his thrill-seeking, he declares by voicemail to Irene ‘they were the best thing that ever happened to him’. Acknowledging the wonderful effect her entering his life had, whilst recognising their respective ‘fresh starts’ cannot intersect. A classic ‘love them, let them go’ scenario. A noble act that befits the lyrics of his arguable ‘theme music’. A Real Hero.

‘Back against the wall and odds. With the strength of a will and a cause. Your pursuits are called outstanding. You’re emotionally complex. Against the grain of dystopian claims. Not the thoughts your actions entertain. And you have proved to be.. A real human being and a real hero.’ 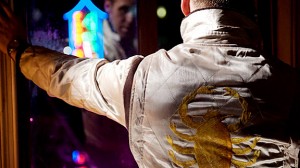 Most Anticipated Movies! May 2014