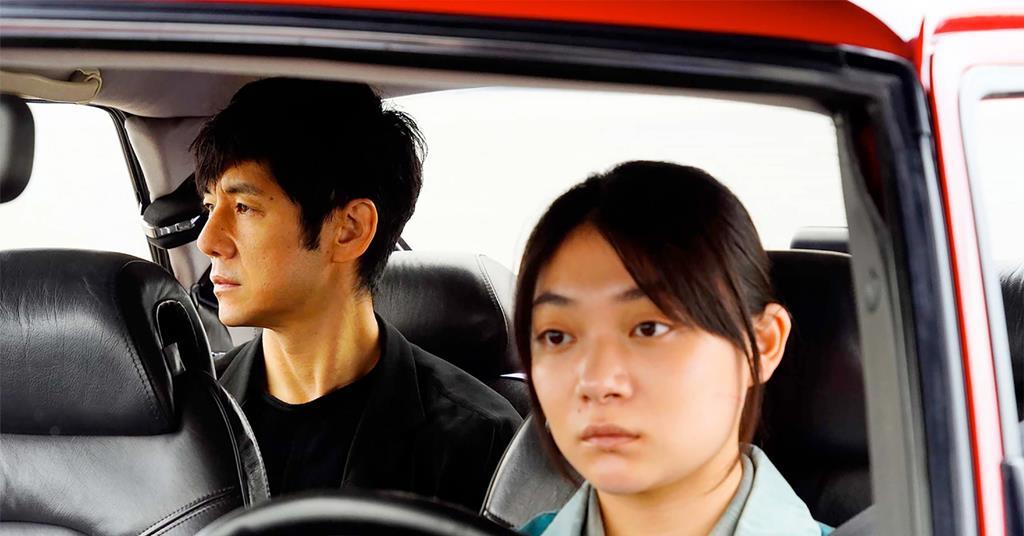 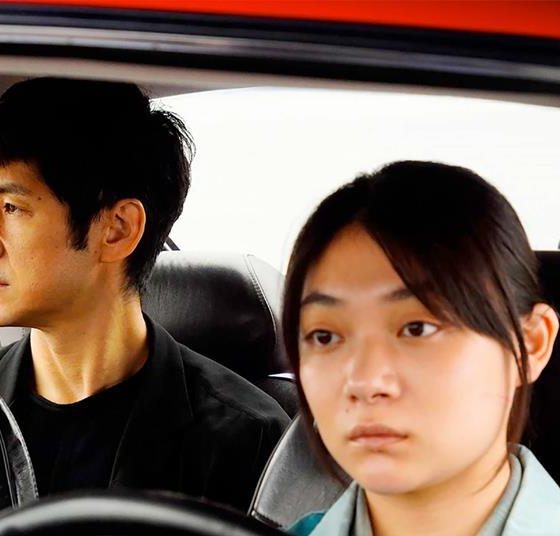 We often hear there is nothing certain in life. For every precious second that is passed in establishing and sustaining a bond with a significant other, there is always an element of inquisition that invades our headspace. For all our best intentions, can we ever fully know every thought that’s been processed by the person opposite us? In our own efforts to self-protect from further scarring of the mind, we can become awfully methodical in how we choose to live day to day—selectively burying the memories that haunt us and buying into a distortion of the truth that may sporadically bring us comfort but fails to exorcise the underlying personal demons that persist.

Through this distortion, we may end up relying on trusted ‘tools’ that numb the pain. For Hidetoshi Nishijima’s Yusuke, it’s the immersion of theatre. An intended temporary escape from the emotional baggage he carries around daily. Only to find in having to summon such towering strength for his powerhouse performances on stage, the art he engages with is a vital vessel for him to realise the truth he’s fiercely denied. Ryusuke Hamaguchi’s Drive My Car understands the long and winding road back from grief in a mesmeric manner very few could emulate.

Yusuke’s approach to work is calculated in the extreme. His seemingly endless cassette tapes for productions acting as drill sergeants, with him ‘chained’ to the rhythm of its prose. What could be perceived as madness to outsiders is ultimately driven by lingering melancholy, seeping into his body and soul after the sudden loss of his wife Oto (Reika Kirishima), who called upon her own unorthodox processes to coax out her inner wealth of creativity.

An intimidating go-to for extracting such hefty human emotion from him is the Anton Chekhov work Uncle Vanya, with all eyes on Yusuke crafting a fresh, compelling take on the material in the heart of Hiroshima. He was thrown by assigning a reserved young chauffeur in Misaki (Toko Miura) to take the wheel of his reliable red Saab 900.

The minds of his company of actors are put into a tailspin in how Yusuke justifies his assignment of roles, as the tension simmers. However, the overriding conflict is rooted in the handsome glare of Koji (Masaki Okada), who was well acquainted with Oto and yet Yusuke is rather resistant to him beyond the rehearsal room. Setting them on a collision course that forces them to confront the anguish, they’ve longed to conceal…

The initial chilly exterior of Yusuke strolling around a Hiroshima facility where the machines hauling waste around sprinkles downwards like snow. The cathartic bite of its wintry backdrop for a devastating final salvo. Director Hamaguchi treats his troubled protagonists like ice sculptures in desperate need of thawing, seeking warmth and freedom from the cold nature of their headspace.

Beginning with the withdrawal of the erotically charged exchanges between Yusuke and Oto. Hamaguchi’s exquisitely measured approach reinforced by its lengthy yet justified runtime appreciates that the recovery is gradual, gently surveying scenes that force us as a viewer to look far deeper into the souls of these characters, a beneficial trait we carry over into the real world.

A dinner table sequence shared by Yusuke, Misaki and a member of the Vanya cast Lee (the outstanding Yoo-Rim Park) conveying their feelings via sign language nails it superbly. The phrase ‘silence is golden’ casually dropped into conversation, raising a pained smile from Yusuke as he witnesses the bracing honesty between Lee and her loving husband first-hand, all too aware of how left in the dark he ultimately felt with Oto. Whilst the muted nature of Misaki merely looks on with Yusuke suddenly heaping praise upon her, almost unable to handle such weight on her shoulders prompting her to leave the table, primed and ready to drop the emotional bombshell that explodes in the third act, which contradicts that precious phrase.

A perceived master of his craft who is arguably overreaching in looking to achieve the same in everyday life. Hidetoshi Nishijima’s Yusuke’s journey for finding inner peace is beautifully realised. The tremble in his voice triggered by the eventual frank admissions of what he perceives as previous failings will likely leave you misty-eyed. Further proof of his brilliance lies within an entrancing backseat monologue between himself and Masaki Okada’s Koji, framed in impeccable close-up by Hamaguchi as it flips between perspectives, implying that we must look inward to achieve the best reflection in how we perceive other people. However, quietly steering this narrative towards its heart-swelling conclusion is indeed Toko Miura as Misaki, whose growing importance to unlocking Yusuke through her own truth is spellbinding in her execution.

For many of us who may feel like we’ve stalled in our own great loss. Discovering Drive My Car may just give you the power to propel forward once more. A remarkable work that will stick with me for some time yet.