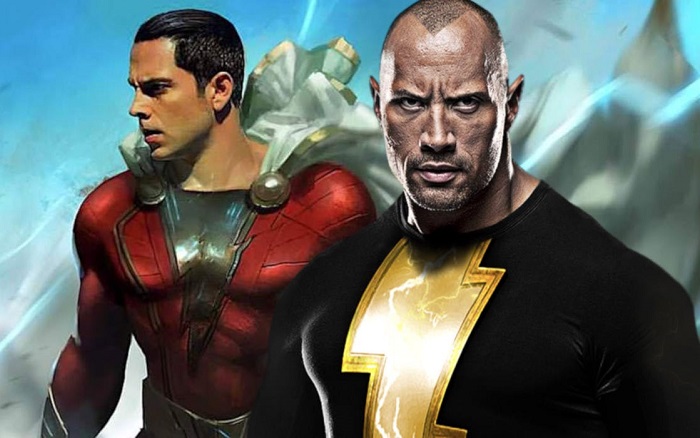 So with the Zachary Levi-fronted Shazam! now having a trailer, it’s fairly self-evident that despite having Billy Batson, the titular magical superhero, and the grand wizard who gives him his powers, there’s one key element of the lore missing; arch-nemesis Black Adam.

Now, Hollywood’s busiest man Dwayne ‘The Rock’ Johnson has been signed on to portray the character for some time, supposedly reimagined as an anti-hero. However, despite rumours surrounding the character appearing in both Shazam! and an unannounced sequel to Man of Steel, it now appears that Johnson’s take on the mystical warrior is to get his own film further down the line.

During an interview with Collider, Producer Dany Garcia (who works with Johnson’s Seven Bucks company) said that he was “very deep into a script” written by Rampage’s Adam Sztykiel which would act as a standalone for the actor, something that “really freed things up.”

Reportedly, a version of the script was penned which pitted both Shazam and Black Adam against each other in a more traditional good vs. evil storyline, but with Johnson’s insistence on playing his role as an anti-hero the decision was made to split the two as they “didn’t want to compromise either of them by cramming them both into the same movie.”

Describing Johnson’s take on the character, Garcia stated “He’s not the Boy Scout superhero. He’s the guy that’s like, ‘Ok, you cross him? Well, I rip your head off and then I move on to the next guy’.”

In the comics, Black Adam is the first mystical being imbued with the power of the magic word by an eternal wizard, who later gives the power to a young boy named Billy Batson. Upon stating the magic word “Shazam!”, Batson transforms into a full-sized superhero (Levi).

Alec Baldwin Drops Out Of Joker, Will No Longer Play Batman’s Father