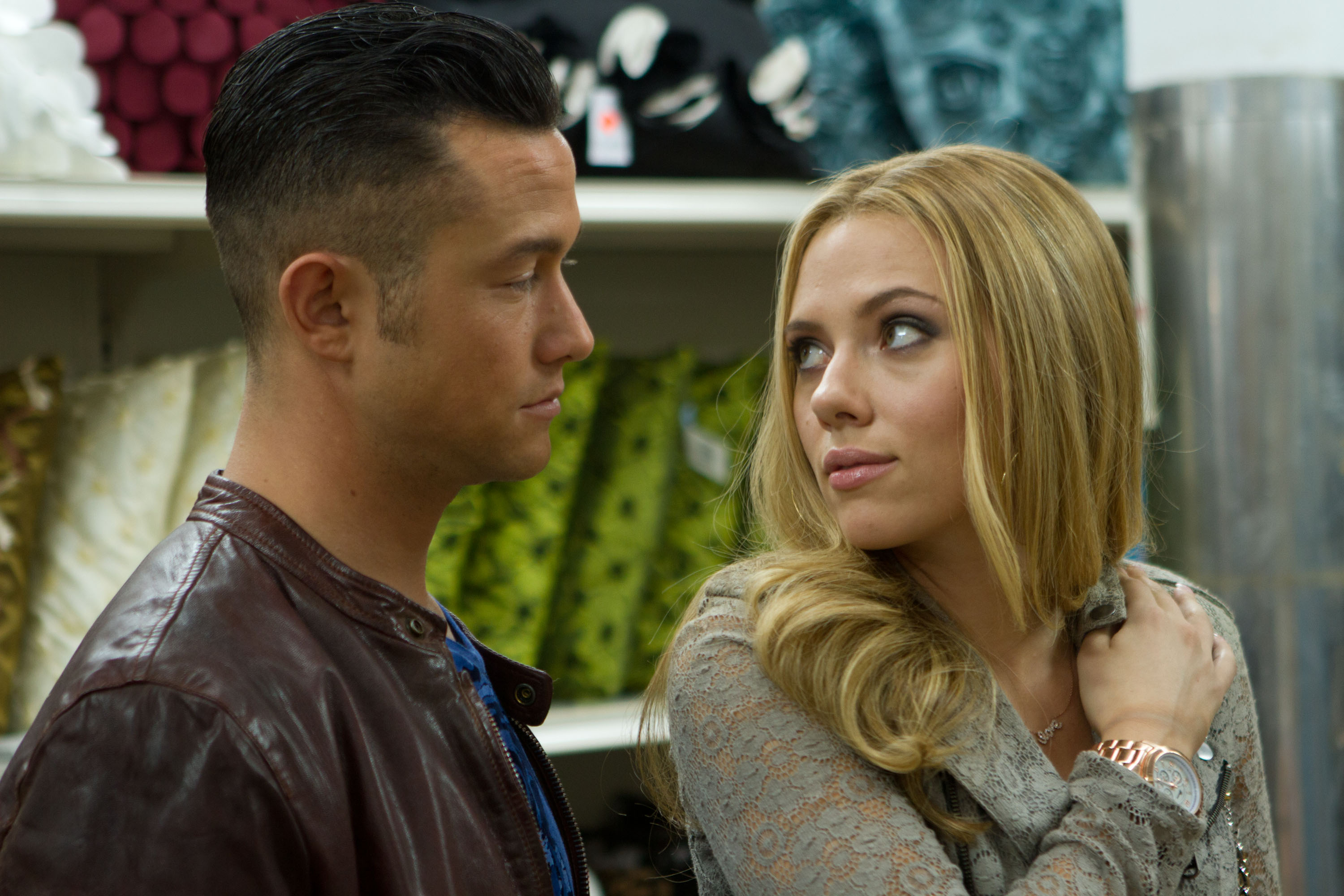 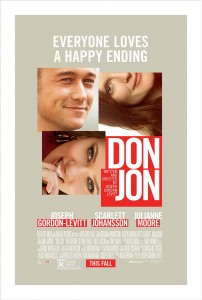 Joseph Gordon-Levitt would like you to believe his directorial debut is a comedy, a commentary on the unrealistic expectations media-consuming millennials have come to expect because of what they see on the internet and in the movies. That these narcissistic brats who constantly text and stare at screens rather than go outside or spend quality one on one time with each other talking face to face have become so self-involved that they are numb to the effect another person might have on them; that, in many ways, we are incapable of experiencing real and true emotion. That is what the advertisements for Don Jon would have you believe, that Gordon-Levitt makes his writing and directing debut behind the smug script that caters specifically to his age set and cashes in on the unknown truth of what romance has become. There is good and bad to the fact that none of this is actually true. Don Jon is as much a romantic comedy with the R-rated twist of porn thrown into the mix as Flight was a mystery thriller about how a pilot saved almost everyone on board after the plane somehow malfunctioned. What makes Don Jon so engaging is the pure energy and palpable excitement that has been put into the project by its writer, director and star. This is clearly a project he’s worked tirelessly on and to have the opportunity to manage and control a creative venture is something the multi-talented Gordon-Levitt isn’t going to let slip away without leaving an impression. It is what kind of impression he leaves though that makes his film something of a question mark to figure out as you walk out of the theater. Sure, it tries to have its cake and eat it too, but it goes about it in such a charming way and has enough of a solid script and great casting to forgive the formulaic pitfalls it comes around to in the last fifteen or so minutes of the film. I like Gordon-Levitt, I think he has made smart choice after smart choice and continues to show why he deserves the recognition he’s been receiving since breaking the child star curse four years ago with (500) Days of Summer. In many ways, that film and Don Jon are kindred spirits in that both characters played by Gordon-Levitt have very specific expectations of what love is supposed to be and as a director Gordon-Levitt clearly has expectations for what his film wants and needs to be as well, but while it feels like he almost gets there he’s still missing that something extra.

We first meet Jon (Gordon-Levitt) in a seriously fun and engaging opening title sequence that Gordon-Levitt no doubt had in his mind for years which rolls effortlessly into the introduction of his best friends, Bobby (Rob Brown) and Danny (Jeremy Luke), who refer to him as “Don” on account of the fact he takes a different lady home every night, but absolutely nothing below an eight on their one to ten scale that grades women purely on their sex appeal. Jon is a very specific guy, he likes his routine, he likes his tradition. No wonder he is a practicing Catholic who goes to church and then straight to confession every Sunday. He follows that up with lunch at his parents, Jon Sr. and Angela (Tony Danza and Glenne Headly), who are constantly bickering at one another or at Jon and his sister, Monica (Brie Larson). Jon Sr. can’t sit at the dinner table without having a football game on in the background and Angela is stuck on the fact she is getting older but has no grandchildren to take care of and spoil while Monica mainly stays on her phone tuned out from the rest of the world. Jon likes to go to the gym, keep his body in check and say his penance while he’s at it so his soul is as clean as his pad and his ride. He has a fine enough job as a bartender and he enjoys his life and then there is the fact he can’t stop watching online porn. It’s a dirty little secret, but Jon has reduced it to even less than that as he truly comes to believe it is a normal thing that all guys do and do as consistently as he does. It is an addiction, an escape that allows him to fulfill the sexual needs that actual sex doesn’t reach and that no real woman could ever provide. He has come to idolize these porn stars who seemingly do anything he wants them to while he is unable to bed a chick from the club that doesn’t do the slightest kinky thing. This may seem hard to believe as they were more than willing to go home with him after the first night, but we let these little details slip by for the sake of the point Gordon-Levitt is trying to make and he begins to shape that point by introducing his protagonist to Barbara (Scarlett Johansson). This “dime” as he so affectionately labels her upon first sight is the one you drop the game for and put in real time with, but is he simply putting aside his routine and addictions to play a bigger role in the fantasy world Barbara is building for herself? Seems to be the case and thus trouble ensues.

While the script isn’t as intelligent as it thinks it is, it certainly has its clever moments and it becomes clear that the theme of girls fantasizing about romance, relationships and the opposite sex is just as heightened and unrealistic as that of the ideals guys come up with after seeing porn, but it is simply due to the fact women get theirs from romantic comedies that it is more acceptable. It is a fine thought and has probably been the source of more arguments in more relationships than I could imagine, but what this film does best the majority of the time is to show us this main idea rather than simply having a character spell it out for us. While this is done mostly through a parody of these Nicholas Sparks-inspired love stories that features a couple of on-point casting choices that were unfortunately spoiled if you saw the trailer, Don Jon goes about developing its characters with ample amounts of detail and dialogue that continue to build a case and give examples of why this main idea has become an absolute truth in today’s society. When we first meet Barbara she comes across as a level-headed, non-too easy independent woman who has her stuff together and is more than willing to give a guy a shot if he is willing to fit into her future plans. She has goals, she isn’t above giving as long as she is receiving, but when we begin to see her use her physicality and sexual control as an advantage of changing the person Jon is into nothing more than the mold she needs him to be so that she may retain her entitled, obsessive nature this makes her little more than the exact person Jon is with just as bad an addiction and just as selfish a mentality. This leads to the revelation that Don Jon, more than anything, is a coming of age tale for the titular character as he would eventually have to break out of his mold were he introduced to Barbara or not. Jon inflicts himself with these unrealistic fantasies that come to mean more than anything to him and in many ways come to define his life and bring more meaning to him than anything else, which is genuinely pathetic. As hokey as it may sound, and this is where Gordon-Levitt’s script really shines, it comes down to the fact that despite looks, despite social status, or any of those factors society has so kindly deemed important that when it comes to sex or real love making it actually comes down to someone you honest to God have a connection with. Jon has been having meaningless sex for so long that he feels more connected with the women on his laptop than the ones in his bed and it takes someone with just as much confusion and honesty in their soul to give Jon the experience he only thought possible with himself.

These types of layered characters that bring these themes to life and present the moral of the story without seeming too conventional are what help the film rise above the standard indie comedy with something bold to say yet not necessarily thinking of a new way to say it. The film is very much a quirky/indie type film that wants to be up front and honest about its content, but resorts to the genre it is in many ways lampooning to get its message across. I didn’t have a problem with this because of the characters involved here as Gordon-Levitt himself is charming and completely immersed in the world of this guido who is naturally vain, but more sophisticated than one might expect while Johansson turns in a performance that makes you believe she can truly act again. She is essentially putting on her best Jersey Shore impression, but it never comes across as cheap or transparent. She has the gum-smacking, thick accent down and her assured Barbara is exciting to watch because she is unpredictable. We think we know who she is and how she operates and Johansson plays these traits up while never divulging the whole of her personality until she is ready to let you in. Danza is especially notable here who, as he seems to have no filter whatsoever, cusses up a storm at the family gatherings and is more than comfortable with checking out his sons new girlfriend when she comes over for dinner. He isn’t on screen nearly enough, but admittedly it would have likely been too much of a good thing were he to play a bigger role in the story. Brie Larson has little to do, but her presence is nicely capitalized on near the end of the film with a perfectly placed line of dialogue. The diamond in the rough here, Julianne Moore, is hard to pin down though as she comes into the fold rather early and despite the fact I could see the film potentially going in a certain direction it went further with that option than I ever expected it to. It is a slightly surprising revelation Jon comes to, but it makes sense in the confines of his world and I was more than willing to accept it on the terms that Gordon-Levitt was able to make us believe that once we get past the sarcasm, the condescension, and the arrogance our jaded generation seems to constantly guard ourselves with that we can appreciate genuine, raw human emotion. Don Jon is a surprisingly dark and heavy handed film that deals with issues like addiction and societal expectations head on, but in the grand scheme of things this isn’t a game changing film or even one that will stick with me for more than a few days. It is a fine example of a first time director who is confident in his style and even more assured in the editing room as that energy effortlessly translates to the screen and has me anxious to see what Gordon-Levitt does next, but little more than that.