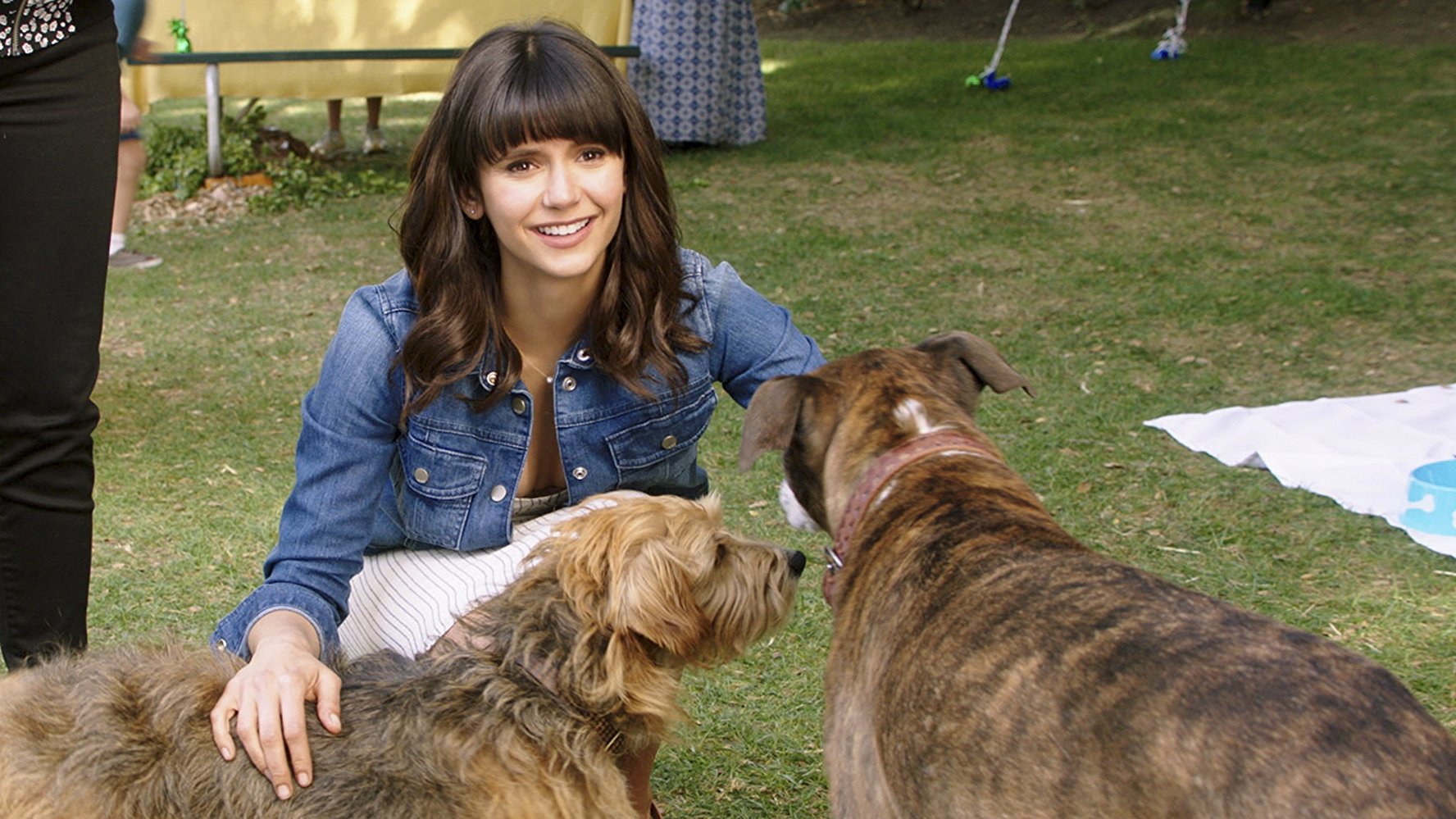 Let’s clear this up right off the bat: the dogs in Dog Days do not talk. Instead, a crop of requisitely adorable canines serve as the connective tissue for what’s bizarrely comic actor Ken Marino’s attempt to revive the anthology rom-com dramedy hybrid format left unused in the wake of Mother’s Day and Valentine’s Day director Garry Marshall’s passing.

As you’d expect, there’s an excessive stacked helping of glamorous film and TV personalities to be found here, including the likes of Nina Dobrev, Adam Pally, Vanessa Hudgens, Jon Bass, Eva Longoria… frankly, it’s a near exhausting list to rattle off. Suffice to say, everyone involved’s done three or four days filming for what are ostensibly chopped-up shorts and the result is one that’ll hardly surprise anybody who sat through any of the late Marshall’s increasingly numb stabs at it.

Par for the course, it’s a nuts n’ bolts middle-of-the-road flick with the expected level of polish and Costco TV demo-appeal brightness that won’t strike anybody – even the eventual fans it finds – as being particularly revelatory or profound to the name of cinema itself, but will gormlessly entertain the relatively undiscerning for the duration of its runtime, only to be forgotten almost immediately afterwards.

With four dominant canine storylines on the go, it’s expected that a feature with the admirably low ambitions of Dog Days will pretty much run the spread as regards the four stock endings for family-friendly dog movies. On that level, the mechanical effectiveness of Dog Days does in fact shine through, more than the recent A Dog’s Purpose at any rate. Hell, it wins points just for giving Ron Cephas Jones his own storyline, to say nothing of a prolonged gag involving the Schindler’s List soundtrack.

The kind of movie you’d enjoy on DVD on a Sunday afternoon when you’ve previously belted out Marley & Me and A Dog’s Purpose, Dog Days makes for an unexpected revival that may have lacked anyone genuinely asking for it, but will more than satisfy those for whom its ilk have previously gotten the job done.