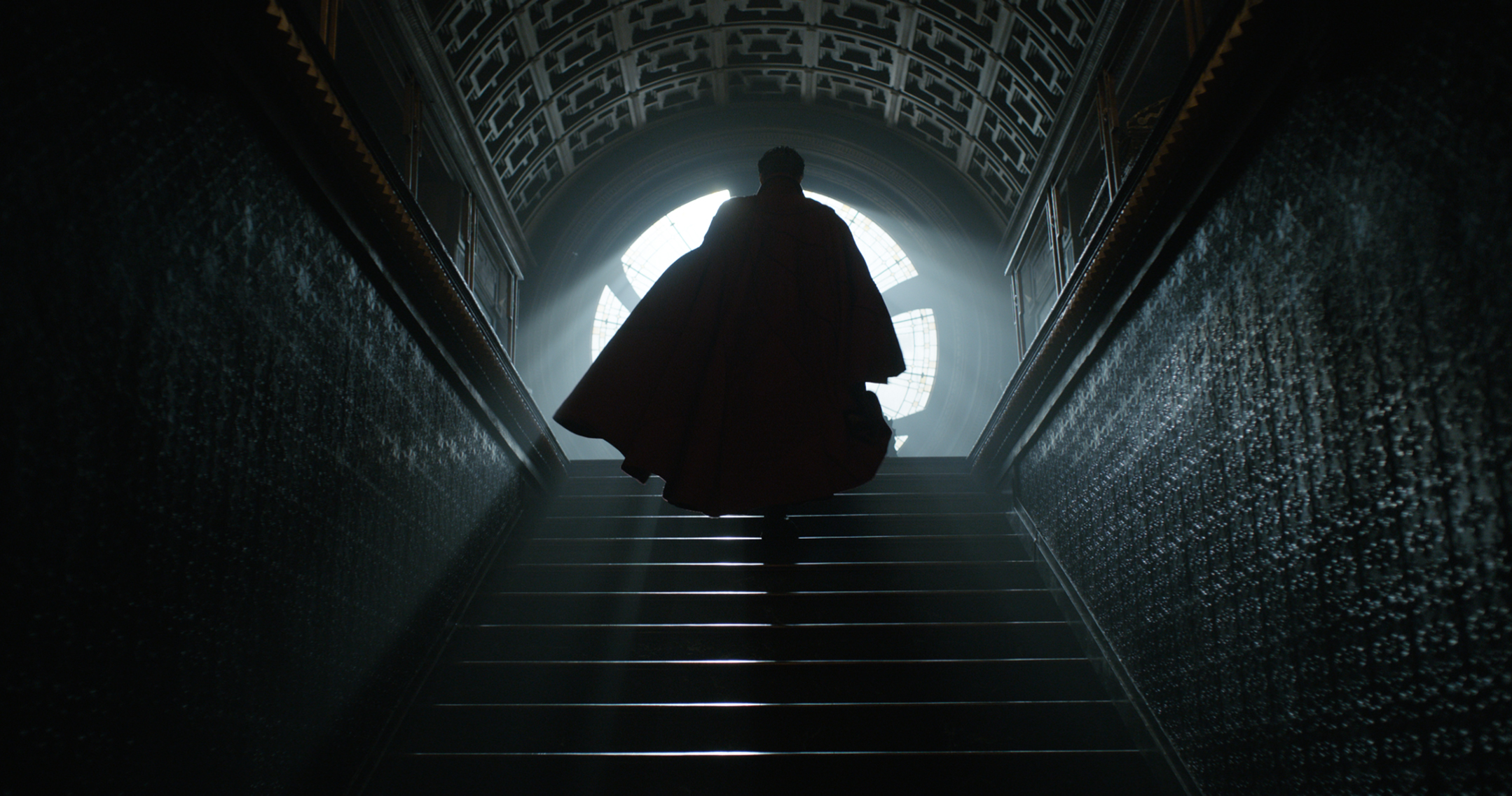 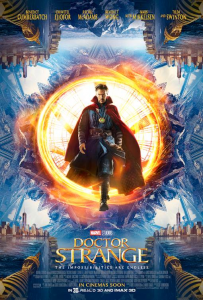 Is there no stopping Marvel?  With a hit-rate that’s the envy of other movie studios, they seemingly can do no wrong.  After sure-fire winners like ‘The Avengers’ franchise, and unexpected ones like ‘Guardians Of The Galaxy’ and ‘Ant-Man’, their latest offers us yet another kind of super hero in the shape of the much-anticipated ‘Doctor Strange’.  And the film’s kind enough to explain the difference half way through the action.  “Heroes like the Avengers protect the world from physical dangers.  We safeguard it against more mystical threats.”

“We” are the warriors working for The Ancient One (Tilda Swinton), whose latest recruit is Doctor Stephen Strange (Benedict Cumberbatch), a brilliant neurosurgeon left with severe multiple injuries after a car crash.  An object lesson in not using your mobile while driving, if ever there was one.  Believing he can never work again, he ventures East on a journey to heal himself.  But, under the tutelage of The Ancient One and her right hand man Mordo (Chiwetel Ejiofor), he quickly absorbs new, mystic powers and uses them to stand between the real world and the dark powers that lie beyond.

It’s those powers which are the main point of difference between ‘Doctor Strange’ and the other titles in the Marvel cinematic universe.  The mix of mysticism and psychedelia is a throwback to the sixties, when the original story was written.  And they translate into some eye-popping special effects, ones that really DO need those 3-D glasses to make the most of them.  They may temporarily put you in mind of ‘Inception’ but they’ve moved up another notch and are truly spectacular.  New York City is carved into chunks floating in the air but with traffic still on the move.  Buildings in the City of London topple and re-build themselves domino-style, while their neo-Roman pillars revolve like giant wheels.  They’re just dazzlingly mind-blowing.

The effects aren’t all about moving buildings.  Quite apart from the mystical powers on display, Strange also has the ability to leave his body and fly around, and he’s not the only one.  It’s a power that makes him invisible to mere mortals – sometimes.  Then there’s his cloak, big, red, a character in its own right and with a mind of its own.  And how!

This is also a film that has plenty of nods in the direction of other movies and TV series, none of which are necessarily from the Marvel stable.  Strange initially is a first cousin of Gregory House, minus the walking stick, and Cumberbatch has to produce a similar American accent.  He’s a brilliant doctor, but arrogant to the point of insufferable and you can’t blame his loyal girlfriend, Christine (Rachel McAdams) for giving him the big E.  The music, especially during the end credits, has more than a ring of ‘Sherlock’ about it.  He Strange lives at 177a Bleecker Street: admittedly it’s in New York, but verbally it’s no more than a stone’s throw from a certain Baker Street address.

Of course, it wouldn’t be a Marvel film without the characteristic humour and there’s more than enough to keep fans satisfied, including the mandatory cameo from Stan Lee.  The occasional anachronism just adds to the fun.  After Strange has been accepted as a pupil by The Ancient One, Mordo hands him a card with a single word written on it.  “What’s this? My mantra?” asks Strange.  “It’s the wi-fi password.  We’re not savages,” replies Mordo.  And if you’ve heard there’s a mid-credits scene, it’s true.  It points towards something in the future that’s been hinted at before.  Just make sure you stick around for it, because it’s another great laugh.

Loads of action, out of this world special effects, bags of humour, a great cast and the promise of more to come.  What more could you ask for from Marvel?  ‘Doctor Strange’ is, quite simply, magic!

One Million Years BC – DVD Review