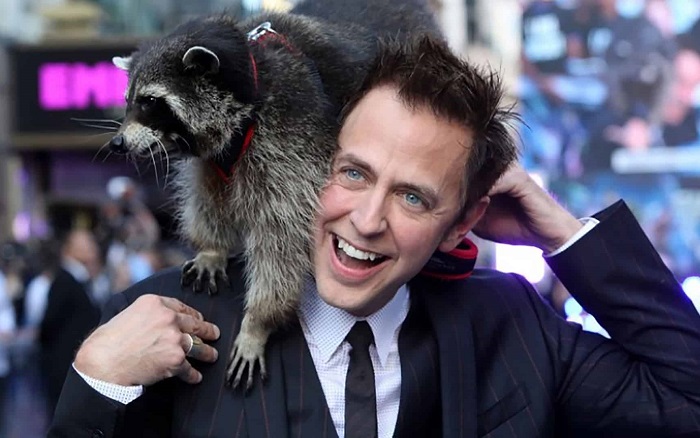 The House of Mouse is standing firm, as Variety reports that CEO Alan Horn has met with controversial filmmaker James Gunn for the first time since the director’s abrupt firing last month.

Gunn had recently completed work on the screenplay for Marvel Studios’ forthcoming Guardians of the Galaxy Vol. 3 when alt-right activists on Twitter unearthed a series of dark jokes the Slither helmer had posted some ten years ago, and calculatedly sent said tweets viral in response to Gunn’s support of the #MeToo movement, vocal criticism of President Trump, and his championing of so-called liberal causes. Upon the rediscovery of said tweets, which included ‘edgy’ jokes about rape, paedophilia, and much more besides, Disney made the executive decision to protect its family-friendly image and terminate Gunn’s contract with the company.

Since then, the cast of the Guardians films – including Chris Pratt, Zoe Saldana, Bradley Cooper, Vin Diesel, Karen Gillan, Pom Klementieff, Sean Gunn, Michael Rooker, and a very vocal Dave Bautista – have all signed a letter requesting the director’s reinstatement.

Sources close to the company say that Horn set the meeting to “clear the air” with Gunn, but despite the conversation being described as “civil and professional” Disney have refused to budge on their decision. The timing of the meeting is also curious, scheduled as it was when Marvel Studios’ chief Kevin Feige – who has been rumoured to be pressuring Disney himself to reinstate Gunn – was out of town on business, and unable to attend.

As things stand, it is expected that upon Feige’s return to LA the search will begin for a new director for the project. Marvel have since clarified that they will be filming from Gunn’s completed script for the feature – a statement on the matter was somewhat forced out of them following Drax the Destroyer actor Bautista’s comments that he would leave the franchise were Gunn’s script not utilised – however the studio did stipulate that any new director would be given the opportunity to tweak and make changes to suit their vision.

Guardians of the Galaxy: Vol. 3 is still expected to go into production late next year. No release date has yet been set.