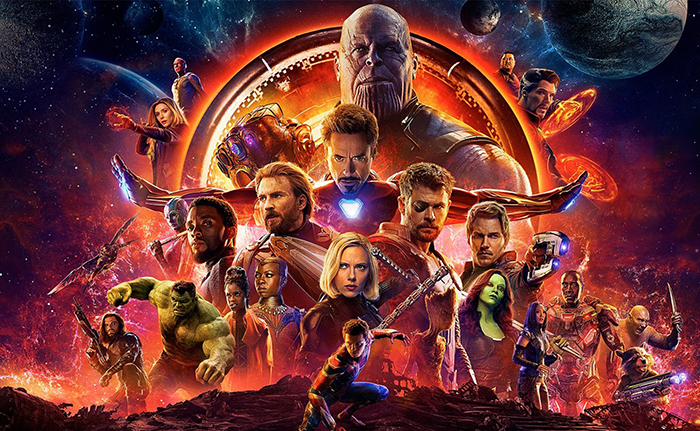 The Walt Disney Corporation has now passed over $7 billion at the global box office in 2018, with three weeks of the year still left to go. It is only the second time a studio has managed the feat, with the first being Disney again, in 2016, to the tune of $7.6 million –  as direct result of a strong and diverse yearly line-up which included The Jungle Book, Moana, Zootropolis, Finding Dory, Captain America: Civil War, Doctor Strange, and Rogue One: A Star Wars Story.

This year’s earnings were led by the worldwide phenomenon that was Avengers: Infinity War, which was responsible for 28% of the company’s box office revenue, earning over $2 billion globally, and comfortably cementing itself as the highest-grossing film of the year.

Ralph Breaks the Internet, the company’s latest animated offering, has led the international box office for three weeks now, helping to solidify Disney’s reign for the year with $258.9 million worldwide. The Walt Disney Corporation still has one final ace up its sleeve, with Mary Poppins Returns. Should that movie score within the region of the company’s other top-grossing live-action fare, such as Beauty and the Beast and The Jungle Book, it could propel Disney to break their own record. Time, as they say, will tell.

Mary Poppins Returns is due out domestically on the 19th of December, with a December 21st release scheduled for the UK. Meanwhile, 2019 is projected to be another stellar year for the global megacorporation, with live action remakes Aladdin, The Lion King, and Dumbo, franchise-starters Jungle Cruise and Artemis Fowl, animated sequels Toy Story 4 and Frozen 2, Marvel superheroics in the form of Captain Marvel, Spider-Man: Far From Home, and Avengers: Endgame, and the grand finale of the Skywalker Saga, the presently-untitled Star Wars: Episode IX.

John Krasinski: Casting a Deaf Actress In A Quiet Place Was “Non-Negotiable”