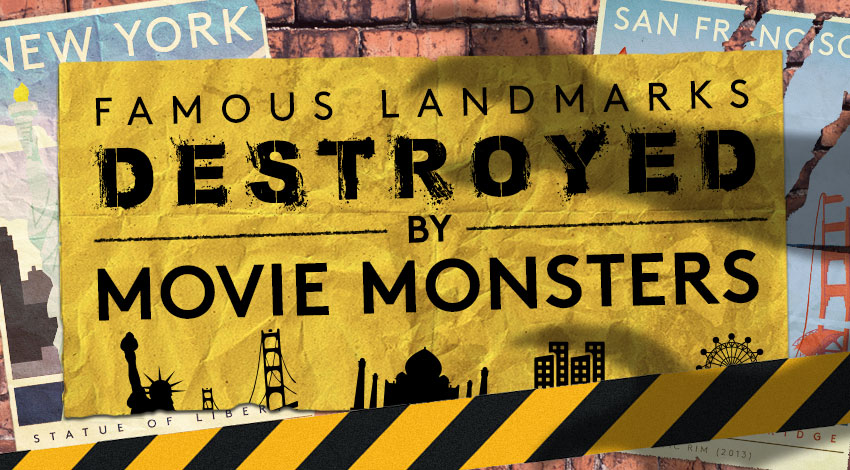 It’s a well-known fact that Hollywood just loves to destroy famous places and landmarks. Whether it’s a superhero movie or just a plain old apocalypse brought about by global warming/asteroids/monsters/zombies/earthquakes/volcanoes (delete as appropriate), it seems that nothing hits home more than watching a beloved monument or landmark get destroyed.

And some places are more prone to movie destruction than others. The Statue of Liberty seems to be a particular favourite, having been destroyed in at least [number here] films (see Planet of the Apes, Cloverfield, Independence Day, among others). Big Ben is another one (V for Vendetta, Independence Day (again), The Day After Tomorrow), as is the Tokyo Tower (countless Japanese superhero and anime films). Here’s a compilation of some of the favourites that, well, pretty much sums it up:

Most of these well-known landmarks are also tourist traps. But how likely would tourists be to visit them once the movie monsters have done their work? Vintage Doors have put that to the test and created vintage-style travel posters showing these devastated destinations post-monster attack. And despite the destruction, they’re still quite beautiful… if possibly a bit more dangerous. 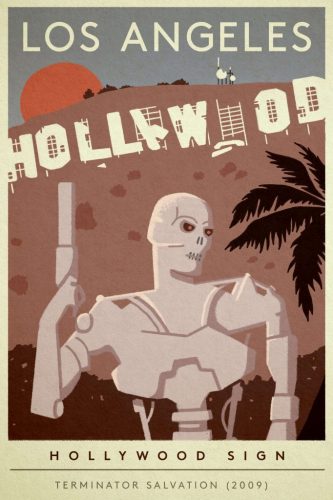 Hollywood apparently loves to destroy its own most iconic symbol. Terminator: Salvation is only one in a long line of movies which features the demise of the famous sign. Others include San Andreas (earthquake), The Day After Tomorrow (tornado) and Sharknado (also a tornado. Now with added sharks!). In this case, the famed sign is destroyed by Skynet, which has started a nuclear holocaust to wipe out humans.