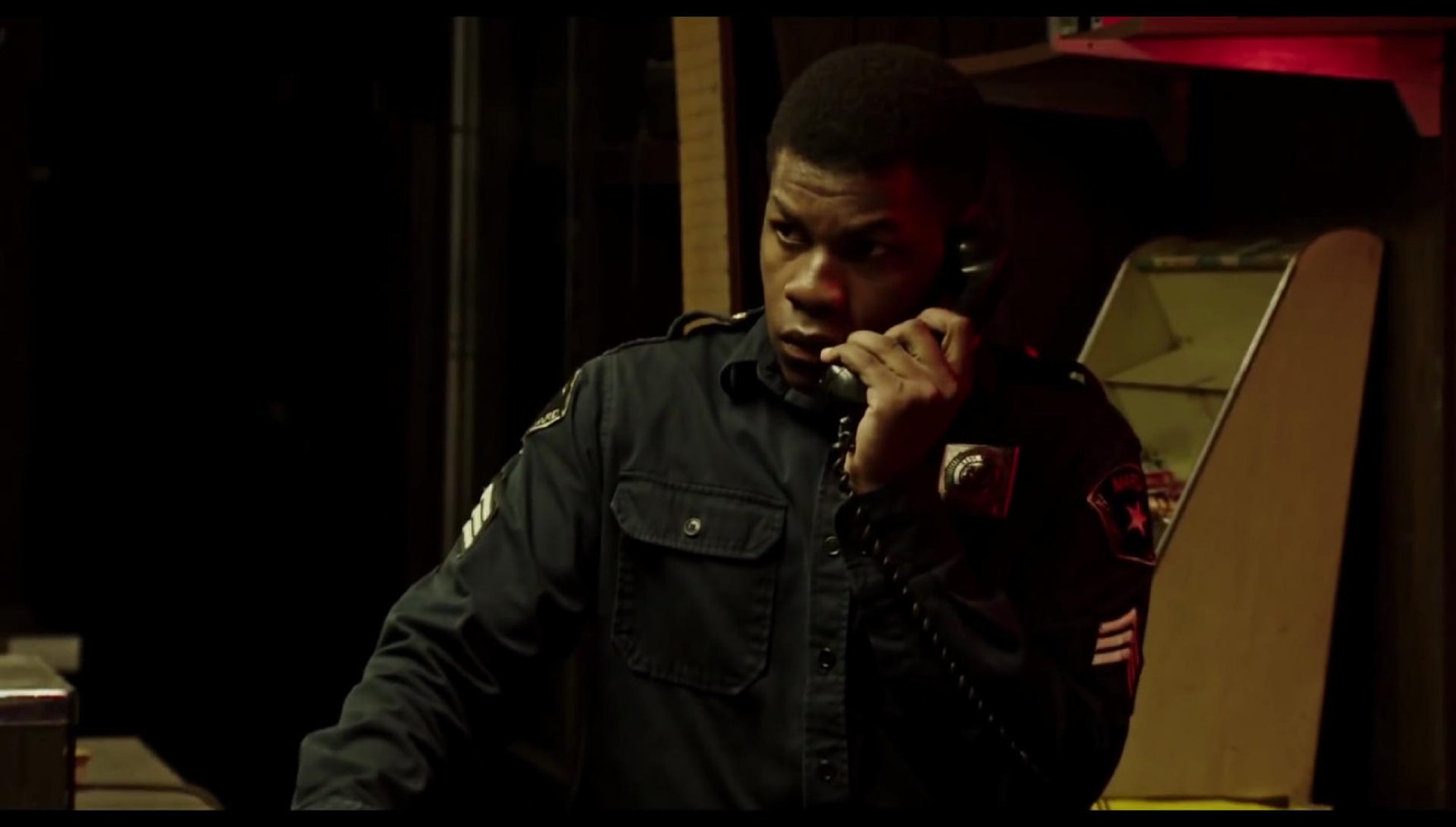 “God!” the hunter exclaims to his cohort, his face soaked with sweat as he looks down at his fallen prey. “What a specimen he was!”

Had this flippant remark been made by a poacher on safari, we would likely not think too much of it. The speaker in this case is no big game hunter, though, but a police officer proudly sporting the uniform and badge denoting his profession. The officer’s “kill” is not an animal, but a human being, an unarmed black man shot in the back despite posing no threat to anyone.

This is the world of Katheryn Bigelow’s Detroit, a film which transports us to the nerve-wracking, racially-charged atmosphere of 1967 Detroit. It was a time when tensions between the city’s black residents and its white police force were running at an all-time high, resulting in violent clashes between angry African-Americans and DPD officers who bigotry was very thinly disguised.

Bigelow, who has proven herself a master of cinematic realism with The Hurt Locker and Zero Dark Thirty, clearly appreciates the famous “show, don’t tell” rule. With all of the history on hand, it would have been easy for the film to be expanded by another hour, at the very least. Aside from a brief, animated introduction establishing historic context, though, Bigelow does not allow her movie to become bogged down in exposition. Instead, the nightmarish, chaotic atmosphere is established through haunting imagery, like the shot of police officers silhouetted against a backdrop of smoke and flame.

As many have noted, Detroit is rife with painfully drawn-out sequences of terror and violence that are almost jaw-dropping. As its name suggests, the dramatic core of the film is an incident which took place at Detroit’s Algiers Motel on a summer night in late July 1967. The trailer for the film bills the incident as one of the most terrifying in American history, and after viewing this reenactment, it isn’t hard to see why.

The episode, in which three young black men were murdered, while several other hostages, including two young white women, were verbally and physically tortured by DPD officers, is an exercise in police brutality that transcends anything we have come to expect. The heart of Detroit lies in this sequence which makes up a good portion of its run time. The way that Bigelow presents the horror is truly unflinching, without a trace of histrionics or sentimentality. Most viewers will be as unprepared for the nightmare as its victims, creating a nail-biting anxiety and claustrophobia that would send Hitchcock back to the drawing board. Bigelow’s interpretation of what took place in the Algiers Motel that night is colder, more insidious, and more traumatic than anything Stanley Kubrick ever made. Despite its intensity, the violence never becomes numbing. Bigelow captures the tragic absurdity of the incident, which began when a young African-American man, Carl Cooper, fired a toy pistol out of his hotel room window as a prank, sending the police into a frenzy. It was a very stupid move, to be sure, but it paled in comparison to the Pandora’s Box it opened.

As horrifying as Detroit’s violence is, it would have much less impact without a compelling villain. In this respect, Bigelow has gone above and beyond the call of duty, creating a flesh-and-blood monster who undoubtedly deserves a spot on any Greatest Movie Villains of All Time list. That monster is Phillip Krauss, a young DPD officer whose childish, innocuous features give little indication of the sadism, cunning, and pure hatred underneath. It is Krauss who deals the first real blow in the movie, gunning down the above-mentioned unarmed black man during what should have been a routine patrol. The action, which results in the victim’s death, earns Krauss a reprimand from the top brass that is little more than a slap on the wrist, and it isn’t long before the rookie is back on the beat. When confronted over the murder by his superior officer, Krauss points out that Detroit is “a war zone.” He isn’t wrong. The city does look like a war zone, trapped in a state of lawlessness that makes it the perfect playground for an unhinged psychopath drunk on absolute power. Events soon conspire to bring that maniac (Krauss) to the Algiers Motel, where he becomes responsible for most of the insanity that follows.

After the dust settles from the night of terrifying violence (which really must be seen to be believed), it is the characterization of Krauss, portrayed with oozing, bone-chilling malice by Will Poulter, that most haunts me. A beautiful scene in which the young black musician Larry Reed (portrayed by Algee Smith), sings a powerful Gospel tune after surviving Krauss’s reign of terror, is obviously meant to be cathartic and cleansing. But the sting of the injustice refuses to be wiped away.

The performances in Detroit, particularly those of Smith and John Boyega as beleaguered black security guard Melvin Dismukes, are uniformly excellent. But, for better or worse, it is Poulter who steals the show. In his first appearance, we see Krauss riding by car through the ruins of Detroit, remarking to his fellow officers that the police have “failed” the black community. This phony compassion is shown for what it is when, moments later, Krauss shoots a fleeing black man in the back. It is an introduction that, in hindsight, strikes me as eerily similar to the first time we see Nazi Commandant Amon Goeth in Schindler’s List, as he arrives at the Plaszow labor camp by car. There is an extremely thin line between Krauss (note the Germanic name) and a young Nazi commandant. Krauss’s actor, Will Poulter, and director Katheryn Bigelow have confirmed that Krauss is a composite character meant to represent the officers present that night, and I doubt his German name was chosen at random. Both Krauss and Goeth are men better suited for a straitjacket and a padded cell than an officer’s uniform, but fate, tragically, handed them a weapon and the freedom to use it as they please. All that separates the Goeths and Krausses of the world is the uniform and the badge. And, perhaps most disturbingly, the Krausses and Goeths will always prowl among us likes wolves in human skin, smirking and confident knowing they’ll walk free.