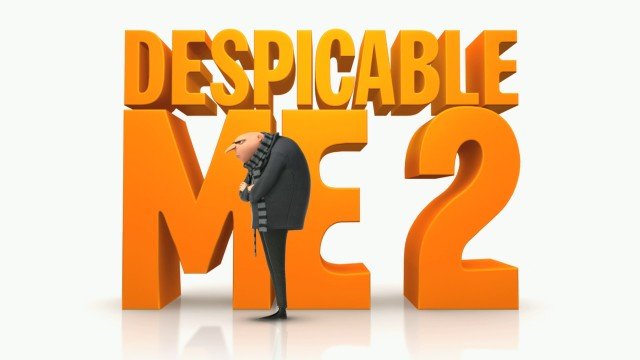 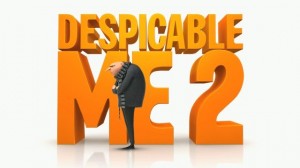 The first film from the unknown Illumination Entertainment studio, Despicable Me was a shock hit in 2010, grossing over $500m worldwide. This rather inevitable sequel is the rarest of things: a follow-up that improves upon the original.

Gru (Steve Carell) has retired from the business of evil to bring up his adopted kids. However, soon he and Anti-Villain League agent Lucy Wilde (Kristen Wiig) are thrust into the pursuit of a new villain (Benjamin Bratt) who has stolen a serum that can turn living things into aggressive, feral creatures.

Despicable Me 2 is aided, right from the start, by a number of very wise creative decisions. Firstly, the film decides to sideline its central plot and focus more on its characters. The fact that Gru and his kids are such great characters means that this gives the film an emotional beating heart that perfectly facilitates the jokes in the script.

Incidentally, Despicable Me 2 is comfortably funnier than the first film. The unconventional family scenario is mined early on for a tonne of laughs and Gru shares a number of beautifully sentimental moments with his young charges. Equally funny is how Gru must confront demons from his own childhood in order to aid his relationship with Lucy. However, the true hilarity of Despicable Me 2 comes from the second very wise creative decision: an expanded role for the minions.

Like Scrat from Ice Age, the little yellow squeakers steal every single scene in which they appear. Whether it’s immature jokes about farts and bottoms or incredible feats of slapstick, the minions are the true genius at the core of Despicable Me 2 and their spin-off movie should be utterly brilliant.

The voice cast are universally brilliant. Benjamin Bratt especially deserves credit for his performance as villain El Macho. He was a late replacement for Al Pacino and so had to match his vocal performance to the scenes that had already been animated. On screen, it’s seamless.

Despicable Me 2 is a wonderful comedy sequel that manages to take everything the first film did right and amplify it to front and centre. The climax is a little overwrought and the ending maybe a little too neat, but it’s very funny and packs a genuine emotional punch at its back end.