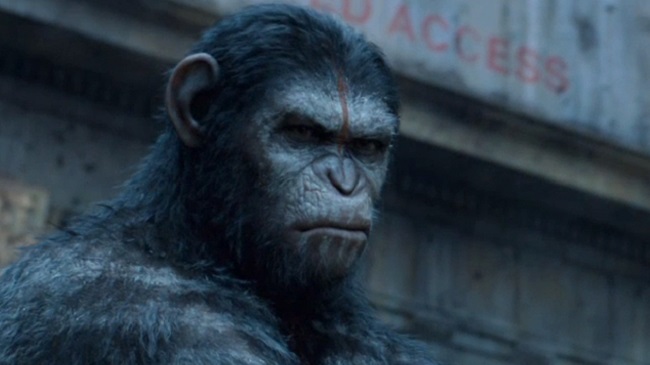 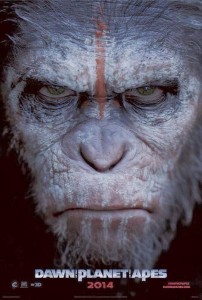 Dawn Of The Planet Of The Apes, like any prequel or movies based on a series of novels, suffers from inevitability. We know how it will end but the enjoyment should come from how it gets there and how it takes the audience along on the ride. Despite some great acting and truly awe inspiring advancements in motion capture, I couldn’t help but feel underwhelmed by this story and the complete lack of interest the crux of the story provided. The film could have shown us so much, but delivered so little.

What do I mean by this? We know how it will all end, not just this film but any film which is made until the studio decides we’ve seen enough and the 1968 original becomes the ‘next chapter’, so with this in mind Dawn’s one and only task is to make the inevitable interesting. Let’s put aside the CGI and motion capture brilliance for a moment and focus on the plot, characters, and story; Dawn tries to make an ‘epic’ (the most incorrectly used term in movie reviewing today) story out of nothing, and stretches the running time of the previous film out by another 20 minutes, yet has none of the intrigue which Rise Of The Planet Of The Apes so effortlessly brought to the fore whilst combining excitement, sadness, and a cautionary tale. In other words, it was the perfect big budget summer movie for those wanting more than the usual nonsense we’re given every year.

That’s not to say Dawn is nonsense (far from it) but for all its attempts to bring a Shakespearian tragedy sensibility to a $170 million movie, the film is kidding no one when the human characters are as bland as any you’re likely to see, and with apes which become clichés of countless films we’ve seen before. If this were human versus humans going through the same tired plot points and characteristics no one would forgive it, so why should it be overlooked because of the application of some great CGI? Moreover, the inevitable battle between apes and humans shows us nothing new in terms of spectacle or storytelling; yes, it’s an ape on a horse firing a gun and if that’s all it takes to get you off than this film will be a roaring success for you, but it rapidly became style over substance, which is something which sets Rise apart and I really hoped this would follow in that film’s sensibilities.

As for the plot; no one is seeing Dawn for any reason other than the apes, and if you’re going to include humans then they’d better serve some higher purpose than a foe to attack. The scandalous lack of depth given to these humans reinforces the screenwriters’ acceptance that they are just there to act as a catalyst for the eventual battle, but this holds no interest for the audience especially when the apes are not on the screen. In Rise the humans had character, in Dawn they are screenwriting-for-beginners plot beats which is even worse when great actors like Gary Oldman are given nothing to do and Jason Clarke and Keri Russell are asked to carry the film when they know no one watching gives a damn about their characters. Both are fine actors, but these were thankless roles.

Furthermore, the film spends little time giving us any background on what has happened in the years between where Rise ends and where Dawn begins, other than a mashup of news reports over the opening credits which suggests the film makers do not care and want to separate themselves from this potentially interesting development of this world. If a decade of world shattering events is to be washed over, I’d have hoped for a far greater story than the one we get which spans a few days and could have happened at any time in the course of those ten years. Why is it only now that humans and apes are meeting? Why are the humans stuck in San Francisco when they clearly have cars and gasoline to drive around? And what about other apes and human populations, why is nothing mentioned about these groups if ten years have passed? The answer is twofold; one, because the film makers want to save it for the third film rendering this one as little more than a footnote in the series, and two, it all has to be about Caesar because of the need to come full circle with the original film. If anything Dawn has limited its horizons by being caught in the reboot/prequel/sequel checkboxes.

What the film does well, however, is make genuine characters from the apes, lead by Caesar (Andy Serkis) and Koba (Toby Kebbell). The first thirty minutes is therefore the strongest section of the film because it’s all about the apes; I really enjoyed seeing a non-human character become a father, worry about the wellbeing of his wife and discuss the challenges of fatherhood with an old friend. I also loved the thought of young apes learning to speak English in a classroom, and the community these animals have made. I could have watched an entire film of just the apes and how they have evolved since Rise, especially with the awesome special effects this film delivers. So much amazing work has been devoted to making the apes look as realistic as possible that you do not even question their legitimacy as real entities. Not once in the film did I think of these apes as CG creations, and this is the movie’s overriding success because so many films cannot (or do not) devote time to creating substantial characteristic for non-humans, asking the audience to merely accept the spectacle of CG in its place. By the time the next film is released, one can only imagine how far the advancements will have come and I for one look forward to seeing it. It’s these reason alone that I would recommend the film.

The interaction between ape and human had its moments when they first meet, with Caesar trying to be a diplomat with insubordination in the ranks from either side, but as the ‘plot’ goes on, the less this seemed important in favour of action.

It saddened me when the final act came about and all the great character nuances developed in the first half was pushed aside for the usual big budget action ending, where apes attack the humans and it all gets very predictable and rather uninspired. Some may argue that seeing apes act like humans and have the same characteristic and character weakness as humans is the obvious evolution towards the eventual scenario this is all leading up to (the 68 original), but my point is this; when we see apes speak and act like human in the first film it’s a shock to audiences and there is a wonder and inquisitive element as to how this could possibly be, but when all those questions are answered and handed to in a neat package, where is the sense of wonder and awe and imagination on the audience’s part? It’s all replaced by milestone incidents which are added to get from point A to B and with big budget action to hide the fact that nothing is left to the imagination anymore.

As the climactic set piece takes place on a skyscraper for no apparent reason, nothing looked real any longer nor was anything in the balance or remotely interesting. It was no better than any other comic book film or superhero movie and therein lies the fatal error with Dawn; it may evolve what can be done with CGI and the series’ storyline (slightly) but it devolves as storytelling and this is what matters to me. There’s certainly nothing to really dislike in this film, but with so many options available to tell the post-Rise story, to think this was the chosen one is quite a disappointment.

Guardians Of The Galaxy