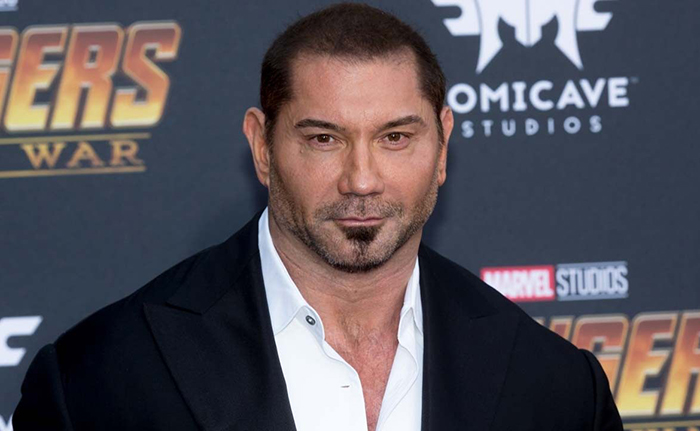 Villeneuve is directing and co-writing the script with Eric Roth (Forrest Gump) and Jon Spaihts (Doctor Strange), and the feature will be lead by indie darling Timothy Chalamet (Call Me By Your Name). The Greatest Showman’s Rebecca Ferguson will also star.

Dune will be the second collaboration between Bautista and Villenueve, as the former had a brief but pivotal role in the latter’s celebrated sequel Blade Runner 2049.

Herbert’s original 1965 novel is set in the distant future of humanity’s existence, and follows a feudal intergalactic society in which proud, noble houses vie for control of entire planets. Dune tells the story of Paul Atreides, whose storied family is gifted stewardship over the desert planet Arrakis, home to the coveted spice ‘melange’ – a drug that gives the user a longer life span, greater vitality, and heightened awareness. Melange, often simply referred to as ‘the spice’, is the most important and valuable substance in the universe, and as such, control of Arrakis is a dangerous undertaking that paints a target on the back of Paul’s family, forever altering the course of his life. The story explores the multiple facets that encompass the inter-sectionalism of politics, religion, ecology, technology, and human emotion, as the many factions struggle against each other for control of Arrakis.

Dune is currently lacking a release date, and will be financed and distributed by Legendary Pictures. Dave Bautista can next be seen in Fox’s detective/Uber buddy comedy Stuber.

Margot Robbie Signs On To Play Barbie, Shocking No One