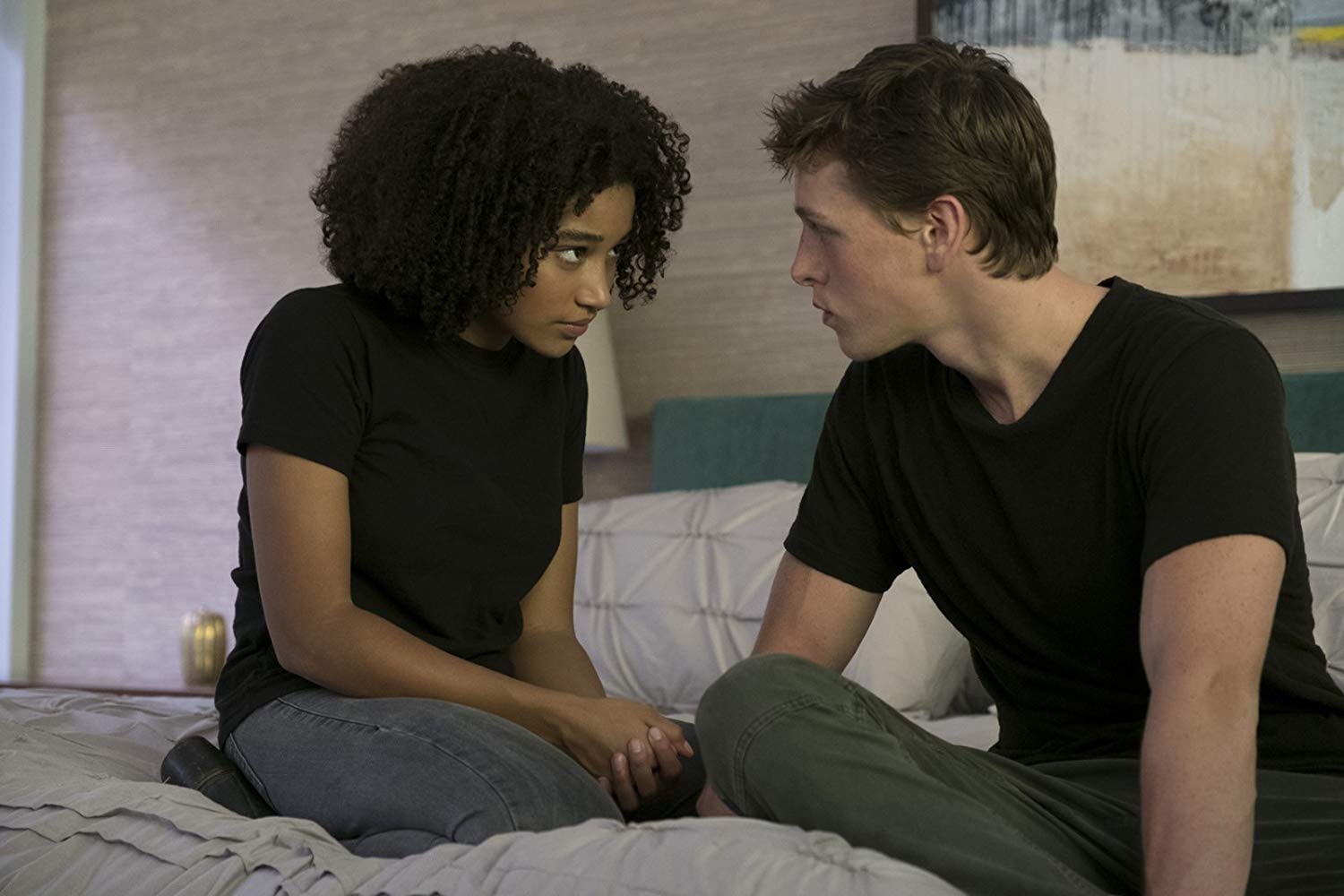 In another timeline, we’d be witnessing the release of YA thriller The Darkest Minds a mere four months after the release of YA-targeted X-Men spin-off New Mutants. It’s a thought you can’t help but indulge its due, as The Darkest Minds (also released by X-Men studio and soon-to-be Infinity Stone, 20th Century Fox) not only apes the broader concept of the Marvel mutant mega-franchise, but unashamedly goes to the extreme of straight up replicating a wealth of its more visually memorable moments.

As we’re told in a pretty breakneck hyper-dump of exposition, ours is now a world ravaged by an airborne virus that has killed ninety percent of children below eighteen. The survivors live to face a new hell – as their infection has instead left them with random paranormal abilities (not entirely unlike… say, mutant powers) and marked for death or internment by a fearful world. Our heroine, Ruby (Amandla Stenberg, very much slumming it) escapes one such internment facility, venturing out into a world she barely recognises and placed square in the middle of a rebellion by those with powers, those without, and those in power.

Were it not the case that The Darkest Minds feels largely like a YouTube Red reboot of Mutant X, The Darkest Minds would still feel well and truly worn merely in contrast to the now-dwindling YA sub-genre as a whole. Stenberg – whom you may remember was actually in one of the Hunger Games flicks once upon a time – couldn’t seem any more aware of or bored by it, her phoned-in heroine less the obvious successor to Katniss Hungergames or Tris Divergenty, and more a suburban teen forced to go outside cos the wi-fi’s down.

An eye-rollingly patronising attempt to shove another YA series down our throats, screenwriter Chad Hodge shows no restraint whatsoever in attempting to cram in as much world-building as possible whenever the story may want to pause and breathe. A truly polished screenplay may well find a way to balance that out amidst other elements such as character development, alas The Darkest Minds has been denied such privilege, with numerous story points (such as a brief love triangle) being dropped in and dissolved at a rate that, frankly, begins to irritate. Hodges doesn’t so much chose to indulge this mentality as he does outright revere it, his franchise-launching cliffhanger sequence so bafflingly out of a pretty rushed left-field that it feels like a bizarre teaser trailer for its own imagined third instalment.

Making her live-action directorial debut, Kung Fu Panda 2 and 3 director Jennifer Yuh Nelson noticeably handles the more dramatic and character-centric scenes with visibly more investment, action sequences clunky and noticeably less confident. Nelson suffers a disservice on the whole, though, by weight of the lumbering albatross that is Hodge’s occasionally (and unintentionally) outright funny screenplay. By virtue of how thunderingly dull this very trite riff on Inhumans might be however, the odds are mercifully slim he’ll be afforded the opportunity to offer us more of this emo spin on Runaways. Of which there are apparently five more books out there.