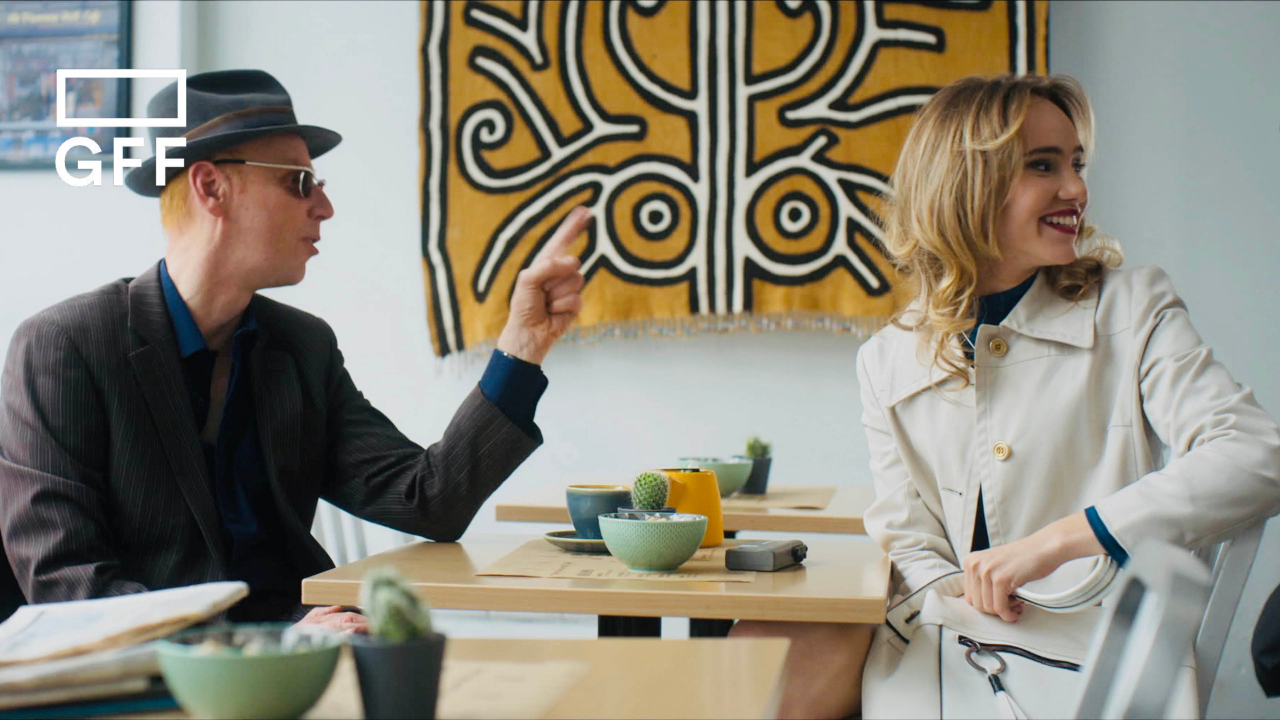 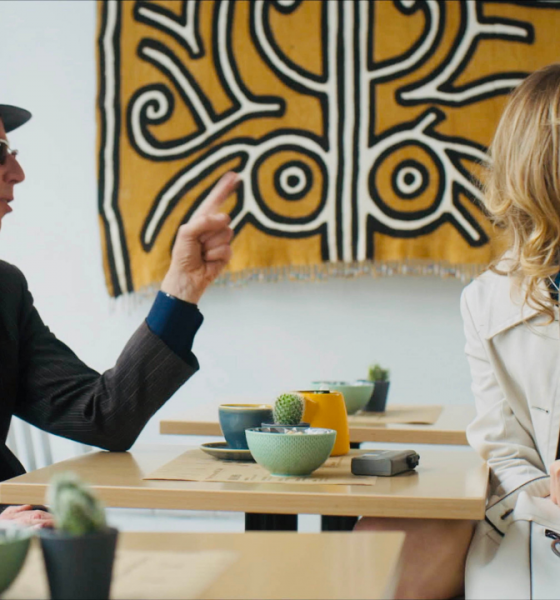 No Maybe about it. The 90’s music scene was dominated with ease by the explosion of brash Britpop brilliance. Their collective voices guiding the younger generations out of a torrid time of Thatcher Conservative rule, as the anthemic alternative sounds of Oasis and Primal Scream to just name two, proved highly influential in the country’s cultural revival. The figurehead for such a reset? The infamous Alan McGee, whose humble British Rail beginnings growing up in the heart of Glasgow, set him up for a crazy train journey to fame and fortune.

Being major players in creating a cultural phenomenon of their own with Trainspotting which celebrates its 25th anniversary this year, beginning its life on the page and was undoubtedly well-versed in the iconic sounds of its time. At first glance. You would envisage a further collaboration between scriptwriter Irvine Welsh and Ewen Bremner being the ideal fit for such a biopic. But is Creation Stories the cinematic equivalent of a barnstorming music festival headliner?

Forming a band with the name The Laughing Apple in his early days seems awfully appropriate, taking into account how Ewan Bremner’s on-screen portrayal is singled out and ridiculed by his disapproving borderline abusive father here. However, that burning ambition to carve out his own unconventional path in the music scene was hardly beaten out of him, with the birth of notorious music label Creation Records in 1983 with The Jesus And Mary Chain soon at the centre of his plans.

He was cheekily described as a ginger gargoyle. He genre hops from punk rock’s psychedelic tendencies to embracing the acid house craze taking hold in Manchester, with his knack for tapping into such potential second to none. His clear marketing genius, unfortunately, tended to be undermined by the lack of a solid business brain, running up considerable debts which left him with little option but to sell a sizable portion of his beloved Creation to the burgeoning Sony Music, to avoid his position in the industry becoming perilous.

Being such an unorthodox figure, it should come as little surprise that director Nick Moran alongside scriptwriting duo Irvine Welsh and Dean Cavanagh, revel in the chaos of its subject’s rise and fall, enforced by its distinctive visual flourishes. The dynamic splashes of magazine covers and the grainy quality of interviews merely laying the foundations for an increasingly outlandish affair, eager to showcase the many facets of Mcgee’s character and subvert what they call the monotony of being a millionaire.

Seeing music executives being literally screwed over in an office. The imaginary groping of a waving Margaret Thatcher as Mcgee’s courting of Oasis propelled him into an unlikely allegiance with the Labour Party in Tony Blair’s era. Through such tonal shifts. It can become erratic, particularly in its busy second half after a strong beginning as it speeds through the timeline, with its taut narrative focus slowly getting lost in the drug-fuelled haze.

Most notably in the dynamic between chic interviewer Jemma (Suki Waterhouse), who is infatuated with the stories Bremner’s McGee delivers, which ultimately feel like they’ve been shoehorned in instead of fully getting to the heart of what made McGee tick. The intention is right, but it tends to get drowned out by its exhilarating music and pacy editing, occasionally leaving you craving a reining in of the film’s hyperactive nature. But much credit to Ewan Bremner, who carries the film brilliantly in a rare leading role that he attacks with real gusto, that captures the unquenchable spirit of the man and the times he navigated.

Whilst there’s undoubtedly plenty here to keep die-hard fans of the bands in question satisfied. Creation Stories somewhat resembles the trajectory that can befall many of our once favourite bands. Prolific in the creation of classic hits on the way up. But once in more corporate confines. You can sometimes lose the essence of what made you so great to start with.