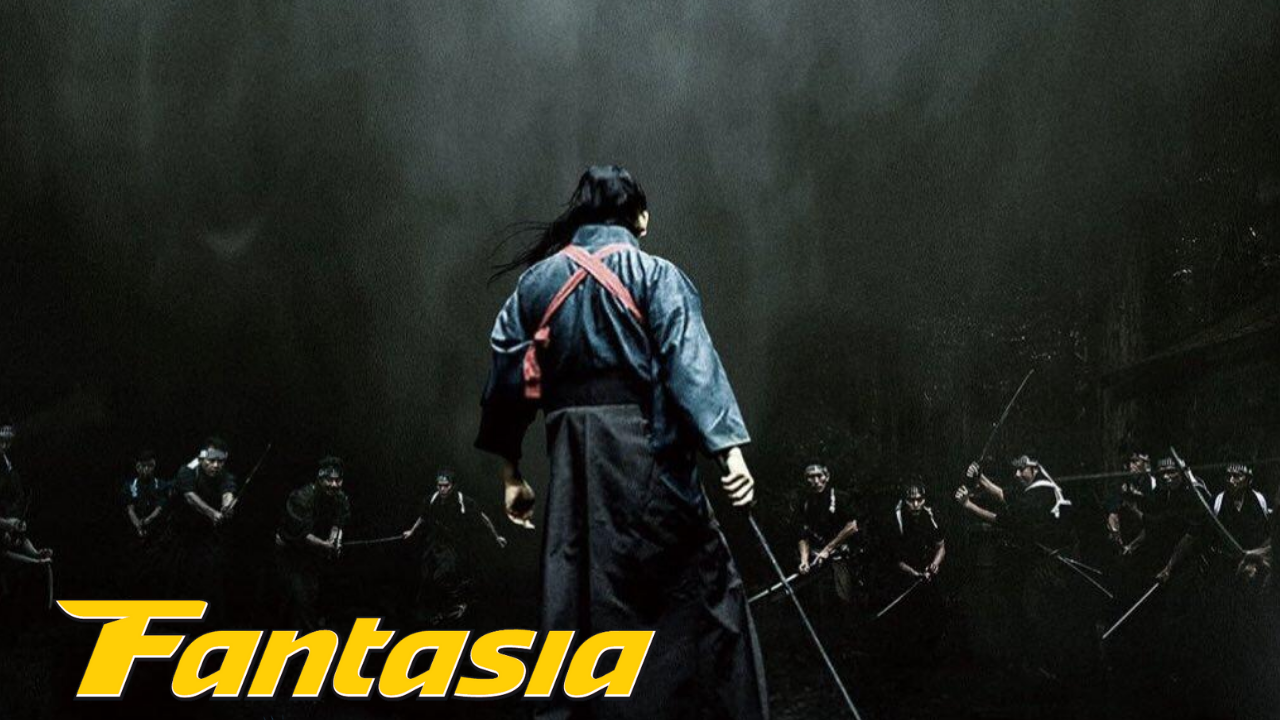 Miyamoto Musashi is a name canvassed in legend within Japanese culture. A warrior that never lost any of his 60 recorded duels. He is etched within history and within cinema famously portrayed by Toshiro Mifune of Seven Samurai fame. The Samurai Trilogy starring Mifune is a high entry point into the lore of Musashi, but now we have another challenger Crazy Samurai Musashi. Directed by Yuji Shimomura and written by Sion Sono this tag-team have the experience and the endurance to bring Musashi back to life again.

The story follows a clan’s future hanging in the balance. A boy of noble birth waits by a temple. The dishonour of his father and the death of his brother must be avenged. The boy is a ploy to draw out the enemy who has humiliated the Yoshioka school of sword-fighting. In the surrounding woods, hundreds of Yoshioka retainers lurk, weapons at the ready, in anticipation of the solitary swordsman’s arrival.

Shimomura’s film is an adrenaline-filled one take showstopper. Crazy Samurai Musashi gradually builds and intensifies the action around it. Yuji Shimomura and Sion Sono pay tribute to Ronin cinema, but they give it a refreshing lick of paint. For any lover of this type of cinema, this cuts away the needles narrative and story arks and leaves you trying to catch your breath. Each move, cut, punch, slice and stab are calculated with ravenous tension, and it’s not for the faint-hearted. The camera gracefully moves the battle increases, and it feels as Yuji Shimomura uses his instinct and familiarity to give full scope to the audience.

Miyamoto Musashi is brought to life by Tak Sakaguchi. It is a physically enduring performance from him but he deliveries some tenderness too. During moments in this epic battle, he takes a drink or catching his breath. These moments feel very Malick-esk we are gazing into the soul of Mushashi. His warrior spirit and enigmatic ambience can be felt through the tight facial framing and a suspenseful stare from Sakaguchi.

Crazy Samurai Musashi requires stamina from its audience, but it doesn’t always live to the crazy status. While Sion Sono is well known for over the top battles and gore, Shimomura’s interpretation can be rather tame to some extent. It also doesn’t fully capture this legend like The Samurai Trilogy.

Regardless of these minor issues, Crazy Samurai Musashi is an excellent homage to Ronin movies and a unique action film.