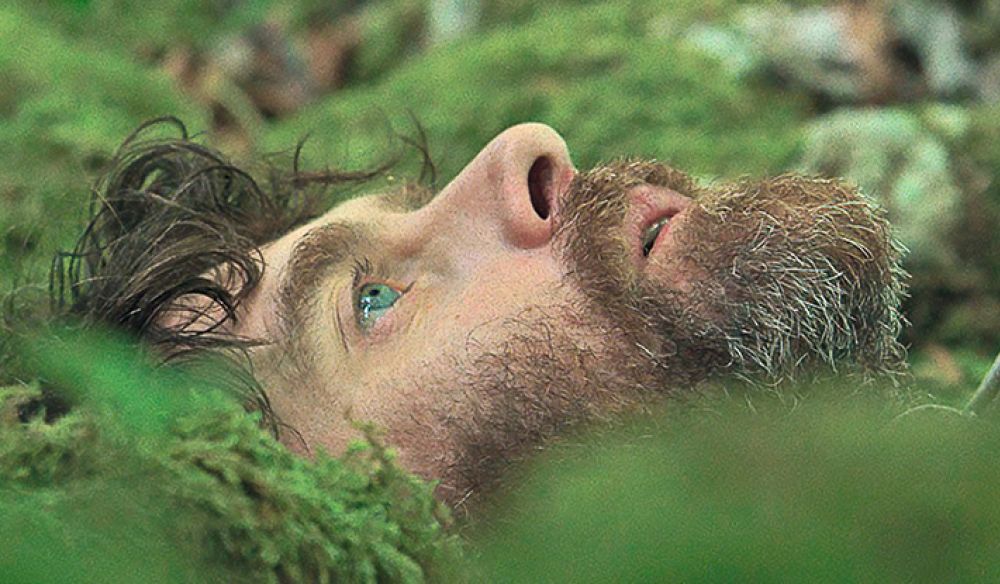 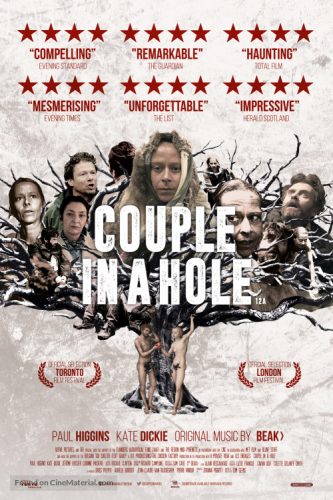 Couple In A Hole is now available on We Are Colony.

The effects of emotional trauma can effect people in any number of ways, most of which have been turned into a film which means avoiding tropes within the genre can be difficult. Tom Geens latest feature length film manages to avoid the tropes and the cliches and provides a deep and poignant exploration of grief and sadness.

John (Higgins) and Karen (Dickie) are a Scottish couple that find themselves thrust into a life of survival and isolation in the French Pyrenees forest. As we begin to piece together the jigsaw of what led this seemingly troubled couple to their unusual situation, Karen’s disturbed mental health causes further problems. When John makes a connection with a local, things gradually come to together and fall apart at the same time and lead the couple through psychological turmoil before a devastating yet almost mollifying conclusion. 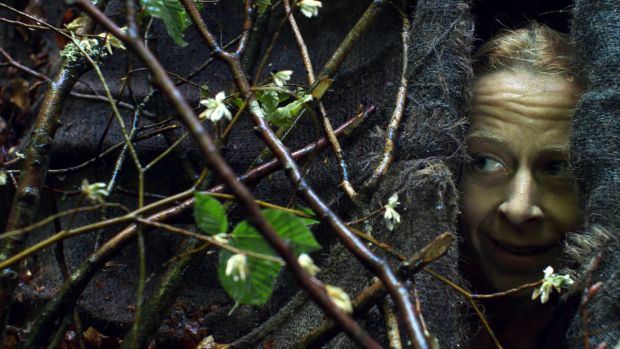 Couple In a Hole intrigues from its first scene. We are immediately placed in this couples individual circumstance with no explanation or back story, a trick that can sometimes jar the audience and cause them to struggle to bond to the characters. Here, however Geens skillfully draws the audience into the characters and their story with excellent writing and directing. From this first scene Geen provides characters that obviously have a back story and a motivation for their situation. The story slowly develops as more details are made available through careful dialogue rather than the usual trite and banal flashbacks or dream sequences, to display those motivations and back story.

The film is decidedly indie in its atmosphere and presentation which aids the gritty and raw emotion that is the backbone of the story line. Strong performances from both leads compliment the well put together plot, with Kate Dickie providing a hauntingly intense and uninhibited performance that juxtaposes beautifully against Paul Higgins more stoic and internalised characterisation of John. Both worked together previously on Andrea Arnold’s Red Road and their relationship on screen is tangible. Having recently worked on The Witch and Game of Thrones, Kate lends herself perfectly to troubled, dark characters and her performance as Karen is no exception. 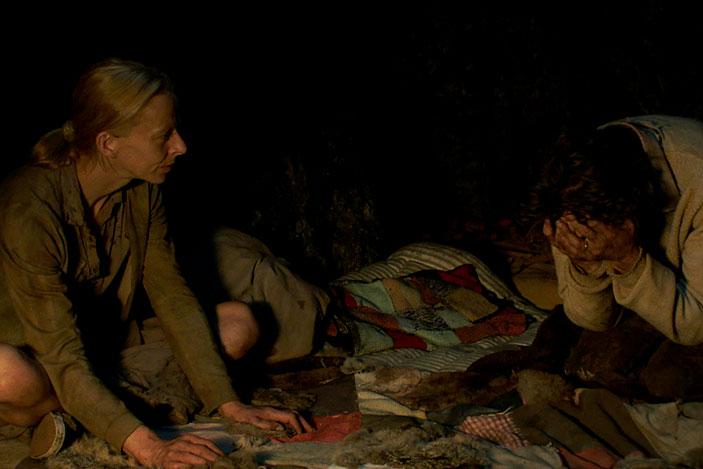 What is impressive about Couple In A Hole is the outward simplicity of the base level synopsis that has been constructed and developed to a point that there is excellent character and plot development without it seeming forced or unrealistic. The intuitive sense of human behaviour and observation of humanistic nuances offer a depth to the characters that holds the audience.

The title of the film may seem awkward but it actually sums up the film very well. Couple In A Hole is simplistic on it’s surface, yet if you let it wash over you the true depth of the emotional hole the couple are in is unveiled. A cleverly written script combined with atmospheric cinematography and excellent performances make this film surprisingly haunting and engrossing. Couple In A Hole may not appear to be much on the surface, but it will most definitely reward audiences that give it a chance. This film is destined to be an indie cult favourite.

Couple In A Hole is now available on We Are Colony.