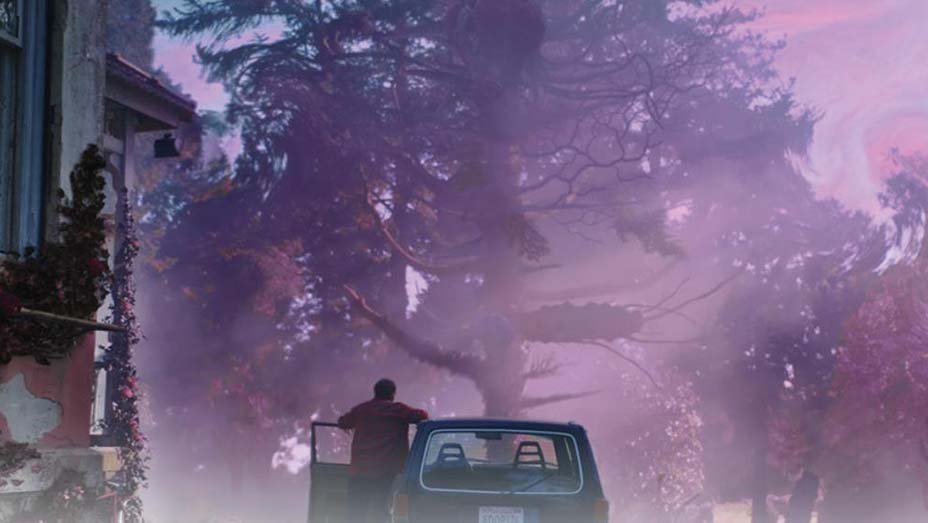 While watching movies, we experience a lot of emotions, from happiness to nostalgia, depending on what movie we are enjoying. Throughout the years, producers made an exceptional work by bringing to us masterpieces to watch. There are many people who like all kinds of movies, maybe seeing themselves living the lives of the characters like James Bond. Who would not want to travel around the world, have some action and play games in a luxurious casino? Thankfully, now anyone can play online casino games right from their home, while relaxing in their bed, on their mobile phone or any kind of device. It’s safe as well, so no one needs to worry about enemies like James Bond did. But, how many want to experience something else, like, the horror? The answer is simple, not so many. Well, horror is a part of our life too, so we must face it.

The American writer H.P. Lovecraft is one of the founders of modern horror literature. But compared to horror king Stephen King, only a few works by Lovecraft have been filmed – and mostly not very well. So although there are always discussions of Lovecraft influences in successful horror films, his own work has so far received little attention in the cinema. Color Out of Space, by director Richard Stanley, is now to change that. Can that happen?

Color Out of Space: The plot
The Gardner family, around father Nathan (Nicolas Cage) and mother Theresa (Joely Richardson) has had tough times. After Theresa’s cancer surgery, the family of five moved to a farm near the city of Arkham. Daughter Lavinia (Madeleine Arthur) became a Wicca practicant, son Benny (Brendan Meyer) by the forest hipster Ezra (Tommy Chong) a stoner. And the youngest son Jack (Julian Hillard) is distraught and mostly speaks to the family dog, Sam.

One night, a meteorite strikes right next to the farm house in the front yard, which produces an intense magenta glow when landing. And only a short time later, ominous changes begin on the Gardners’ farm. Junior Jack speaks to alleged friends who live in the old well, father Nathan is increasingly out of control of his feelings. And completely unknown, violet plants suddenly grow everywhere on the site. Soon, the perception of the whole family doesn’t seem to work anymore.

What is Lovecraft about?
To understand why there are so few Lovecraft films that are well received by the author’s readers – and horror fans in general – one has to deal with the lonely and difficult writer and his preferred subjects. “The colour out of space”, although not necessarily attributable to the Cthulhu myth, is probably the best known short story of the lovecraftian “Cosmic Horror”. A threat from the depths of space that humans have nothing to counter because the knowledge is missing. 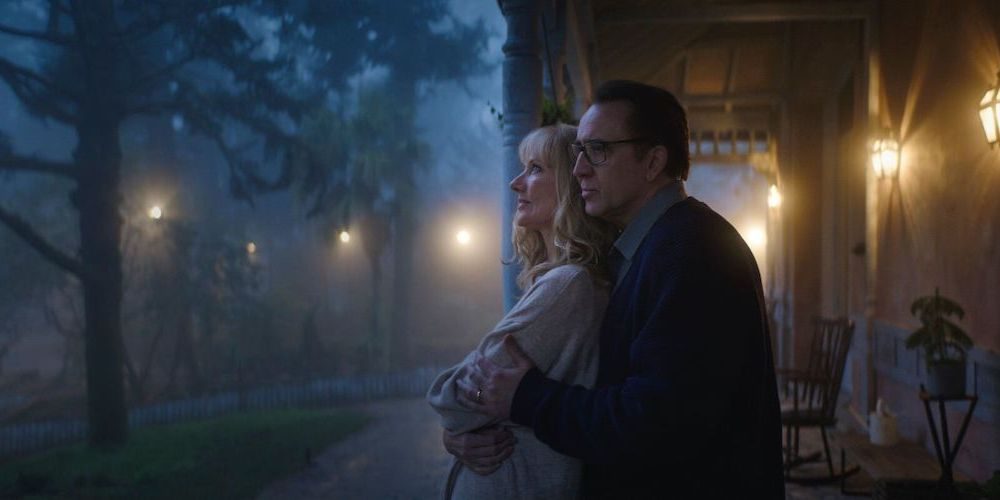 Although Lovecraft rarely named the horror precisely and confined himself to terms such as “unspeakable horror” and his stories were mostly about people who discovered long-forgotten evil (the Great Old Ones) or had to deal with dangers from the unknown universe. As a rule, this did not go well for the protagonists, often the narrator or the characters the narrator spoke about ended up in the madhouse or in the cemetery. Lovecraft stories often end tragically to underscore how ultimately mankind would be against such superior horror.

A worthy adaptation?
If you apply these standards to Richard Stanley’s new film, you can certify that the director is one of the directors who understood Lovecraft’s fascination. Because in his film, he does not only endeavor to implement the plot quite precisely, even though he is moving from the 1920s to the present day. Stanley also tries to evoke the emotions that are part of a Lovecraft story. The lack of understanding, of an intangible threat, the impotence with which the characters face this threat, and the despair of the protagonists when they realize that they cannot escape the horror.

In addition, Stanley does not fall into the trap of having to explain to the viewer why things happen the way they do. Many others attempted to film a story by the author and failed precisely because of this. But telling an exciting story without breaking it down and still not annoying the audience, is an art that only a few can master. With Color Out of Space, Stanley takes up these emotions and passes them on to the audience through his actors. Therefore, his film is one of the best Lovecraft implementations so far.

A new thing from another world?
In contrast to Lovecraft, the director does not dispense with one or the other rough look. And that is exactly right, because it is only with hints that it is difficult to create the terror that Stanley obviously had in mind for his work. Therefore, he expressly refers to the class leader of sci-fi body horror par excellence: John Carpenter’s “The Thing”. The literary template for “The Thing” is from 1938, “The Colour Out of Space” appeared in 1927. Who was inspired here by whom, should therefore be left out. 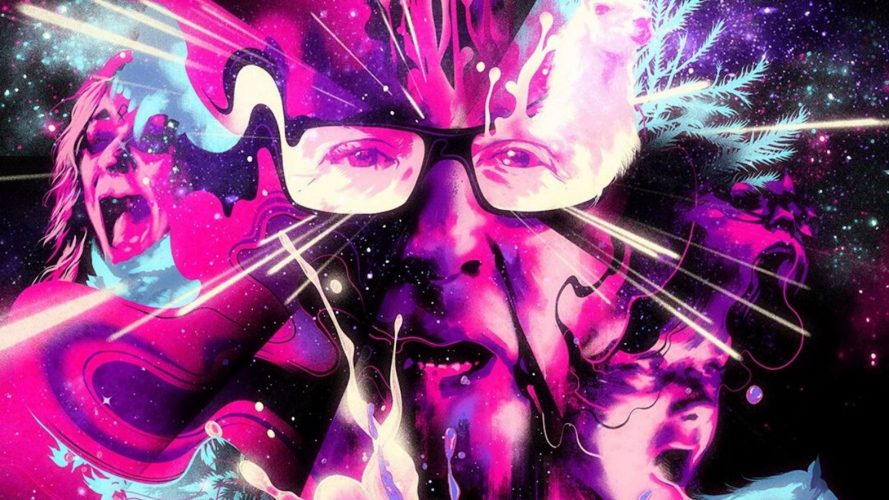 Of course, Stanley’s film can’t compete with Carpenter’s masterpiece, but he doesn’t want to. Because the body horror aspect is only part of the horror here. The biological and psychological invasion that Lovecraft described, and which Stanley is heavily implementing, is everywhere, it is not a single being. And Stanley attacks the color invasion from outer space on the mind of its victims just as skillfully as the physical deformations that appear in the film. And so, he creates a horror film that works on several levels.

Good Cage, better women
The film’s acting is also rock solid. Of course, all eyes are on Nicolas Cage first, also because many reviews compare the Color Out of Space with “Mandy” – because of the same producer team. Cage plays farmer Nathan at the outset, only to later transform even more into the insane who alternates between catatonic and choleric phases.

As a freshly operated cancer patient Theresa, Joely Richardson is the character that should trigger most emotions. And in addition to the plot, this is also due to her good acting, which really goes to the heart. As daughter Lavinia, Madeleine Arthur is not only the secret main character of the film, but also plays the young woman, who is almost torn between fleeing horror and loyalty to the family, with a lot of passion. And the young Julian Hillard, who was already acting convincingly in “The Haunting of Hill House”, delivers more emotion here.

Conclusion
As a Lovecraft fan, one can only congratulate Richard Stanley. With a very precise adaptation of the plot and the creeping horror for which Lovecraft is famous, the director and screenwriter succeeds in the Color Out of Space, a strong implementation of one of the writer’s most popular short stories. Hard, sad and well played. And it gets even better! Rumors say Stanley will shoot a whole trilogy of Lovecraft films if Color Out of Space is successful. The next film adaptation is supposed to be “The Dunwich Horror”. In view of this film one can only say: Bring it on!