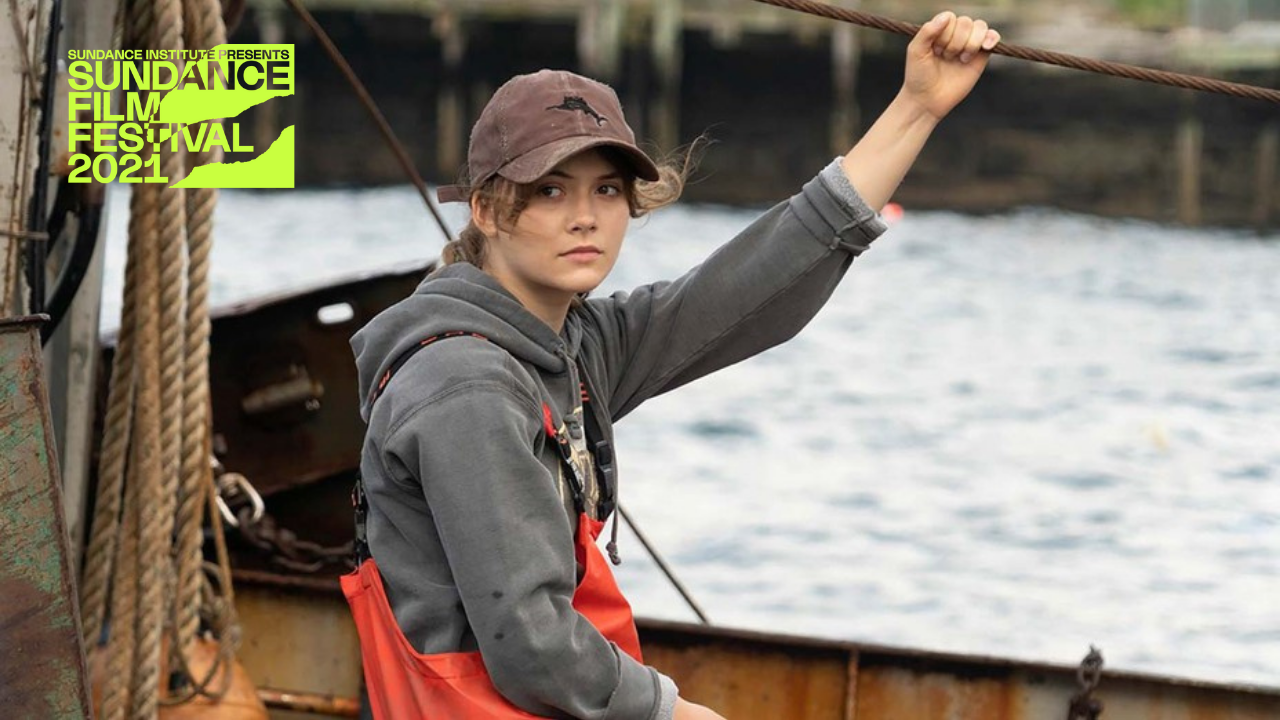 Life as a teenage girl can be completely angst-ridden without Ruby’s additional responsibilities of starting work in your family’s business at 3 am, before school, because you are a CODA. Ruby Rossi is the referenced Child of Death Adults (CODA) facing heart-wrenching decisions between navigating teenage life and assisting her deaf family. CODA portrays this tension superbly in this heart-warming tale that will make you laugh and cry. Ruby’s passion is to sing, but this commitment creates that inner conflict against her familial responsibilities. It is a difficult choice for anyone to face whilst trying to balance your needs which is impressively expressed in the film with the perfect level of emotional resonance. CODA conveys this inner tension with aplomb in an assured depiction from Siân Heder. CODA is a beautiful, affecting film tenderly exploring that importance of different communication methods and the emphasis we unknowingly place on sound.

Ruby’s overall frustration with her assumed role within the family is evident under Heder’s masterful direction as she effortlessly switches between verbal and non-verbal means to communicate. Still, her love for her family is clearly unparalleled. As a result, any decisions that Ruby makes individually, such as wanting to be a carefree teenager for a day, has a devastating impact on the entire family, which is heartbreaking to watch. Heder had learnt how to sign herself, which underlines her dedication to the project. Her direction of Emilia Jones, who delivers a mesmerising performance as Ruby, is astounding to behold. Heder truly brings out the best in her characters as all of the family members are captivating. CODA delivers some memorably witty and heartfelt scenes with rap songs recited in a fishing truck by Ruby’s deaf father and cringe-inducing scenes re-creating that teenage embarrassment felt when witnessing amorous parents. It is certainly a phenomenal film to watch which is warm in its execution without being overly sentimental.

CODA excellently juxtaposes moments of joy tinged with moments of sadness in its thoughtful examination of the communication battle. However, for Ruby, mere teenage frolics do not feature within her narrative, and so there is that sense of her imprisonment. Jones conveys this impressively as Ruby struggles to communicate her own needs but finds her voice through song. Whilst her arc may satisfy a coming-of-age narrative, for the most part, CODA’s multi-layered dissection of familial duty and love conveys the film’s depth and soul, CODA will appeal to many with its tear-jerking musical numbers.

CODA’s beauty is equally embedded within its beautiful cinematography at sea and wide-angle shots of the remote fishing village. That sense of ‘other’ intertwined with parochial attitudes is truly fleshed out within the village under Heder’s vision. Heder convincingly transferred such action to a Gloucester fishing village as CODA is based on the French film, La Famille Bélier.  The family’s inability to communicate with the outside world, without Ruby’s involvement, is vicariously felt, to Heder’s credit, with excellent sound editing emphasising the family’s perspective. Heder immerses the audience fully in the non-hearing world, it is a striking moment ensuring the audience will relate to the family’s angst as CODA remains riveting from start to finish.

The use of music as a communication tool is an effective device within CODA, despite Ruby’s family’s disability, as Joni Mitchell songs convey the emotional turmoil and a moving teenage duet unfolds, which will not leave anyone dry-eyed, with surprising, ambitious features within the scene.

Whilst Ruby’s arc may, unfortunately, satisfy classic coming of age tropes there are sufficient complex dimensions within CODA to eschew convention. Heder has crafted a sensitive tale with that sense of belonging at its heart with communication as a useful tool. The film does invoke an inevitable questioning of priorities within life and that quest to craft our own identity. CODA is that thought-provoking reminder of the important role love plays within our lives – love for our families but ultimately that love for ourselves.

Related Topics:CODAReviewReviewsSundance Film Festival 2021
Up Next